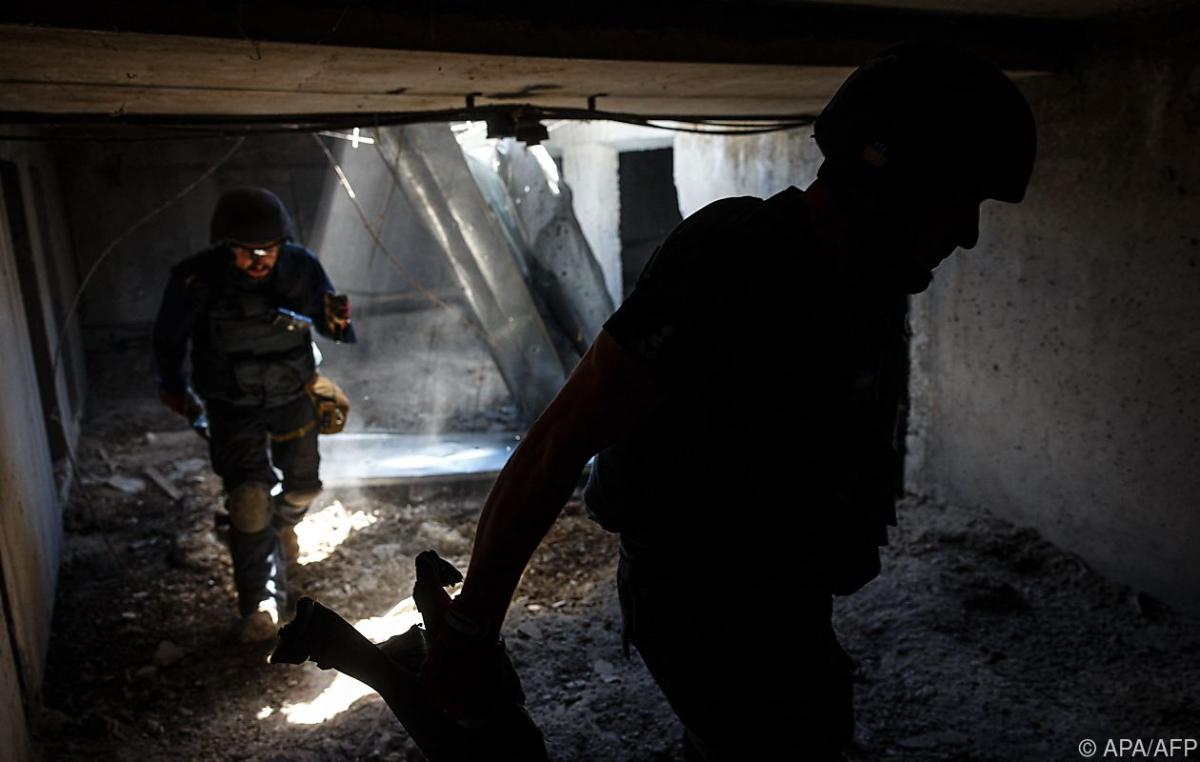 Russia continued its offensive in the east and south of Ukraine with undiminished intensity, attacking the city of Kharkiv in particular. Violent explosions were heard there on Saturday night.

“The deficiencies in tactical coordination persist,” the British military tweeted about the situation in north-eastern Ukraine. Due to the weakness of the units and insufficient air support, Russia cannot fully exploit its combat capabilities.

“The situation in the Kharkiv region is difficult,” said Zelenskyj in a televised speech. “But our military and intelligence have made important tactical gains.” Zelenskyy accused the Russian army of wanting to “destroy all life” during its offensive in the Donbass. The constant attacks on the infrastructure and on residential areas showed “that Russia wants to make this area uninhabitable”.

Russian troops have already captured a number of villages in the Donbass region. But the Ukrainian armed forces also reported minor successes. A senior NATO official said Russia had made “slight” and “uneven” progress in its attempt to encircle enemy positions while Ukrainian forces counterattacked.

In addition, Ukraine is apparently putting a few pinpricks against its overpowering neighbor. Russian anti-aircraft defenses are said to have prevented a Ukrainian plane from entering the airspace of the Bryansk region. Russian media reported that parts of an oil terminal were hit by shelling. “There are no casualties,” said Governor Alexander Bogomas. A logistics building at the terminal was damaged. The information could not be independently verified.

A senior US Defense Department official, meanwhile, said Russia’s offensive in eastern Ukraine was “behind schedule”. The Russian armed forces are “far from establishing a connection between the troops that have marched in via the Kharkiv region in the north of the Donbass and the troops from the south of the country”. But it can be assumed “that they will continue to create the conditions for a sustained, larger and longer offensive,” added the Pentagon representative.