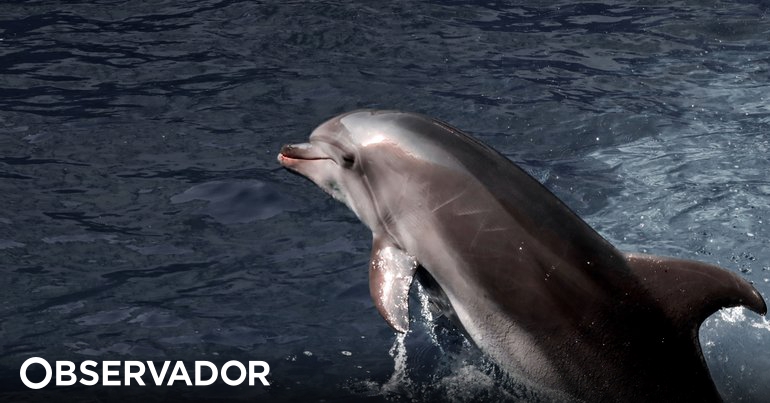 If on the Ukrainian side of the trench there are four-legged warriors detecting landmines, on the Russian side there are finned mammals controlling the waters of the Black Sea, ready to stop enemy divers.

Patron, the four-legged warrior of the Ukrainian army who has already detected more than 150 Russian mines

The US Naval Institute (USNI) analyzed satellite images of the port of Sevastopol, in Crimea – which has been a territory occupied by Russia since 2014 –, and concluded that there are two compartments with dolphins there, trained by the Russian army since February, the month in which the war began. The reason? Possibly to protect the fleet there from a possible underwater attack by Ukrainian forces.

According to USNI analysis, the ships anchored in Sevastopol — crucial point of the Russian Navy — are located outside missile range, however, are “vulnerable to underwater sabotage”.

Transforming these animals into defense artillery already remote from the Soviet Union, when a dolphin training unit was created to detect underwater weapons, based in Kazachya Bukhta, where it remains today. The collapse of the USSR meant that the program passed into the hands of the Ukrainian army, which barely kept it operational, and in 2014, with the annexation of Crimea, it returned to the control of the Russian Navy.

Two years later, in 2016, Agence-France Presse reported on Moscow’s plans to buy five dolphins with “perfect teeth and killer instinct”, launching a bidding process for a contract worth 1.75 million rubles (about 20,000 euros) to deliver them to the Sevastopol base by the end of the summer. It is unclear whether the dolphins believed to be currently in Sevastopol are these.

As early as 2020, Forbes reported, evidence emerged that Russia sent trained dolphins to the naval base in Tartus, Syria, during the war in this Middle Eastern country. After all, what evidence? Again, satellite images dated 2018.

But earlier, in 2019, a white whale, or beluga, was found by a Norwegian vessel wearing a harness, which read: “equipment from Saint Petersburg”. Norwegian experts considered this to be an animal trained by the Russian navy for espionage.

White whale in Norwegian seas could be Russian spy weapon

When the news broke, Colonel Viktor Baranets denied the allegations in statements to Russian television Govorit Moskva, admitting that:

But we have military dolphins that we use for combat roles, we don’t hide that. in Sevastopol [na Crimeia] We have a center for military dolphins, trained to solve various tasks: from analyzing the seabed to protecting a section of water, murdering foreign divers, laying mines on the hulls of foreign ships”, quoted the BBC at the time.

In turn, during the Cold War, the US Navy took advantage of dolphins’ echolocation capabilities to detect mines and other objects that endangered the lives of combatants.