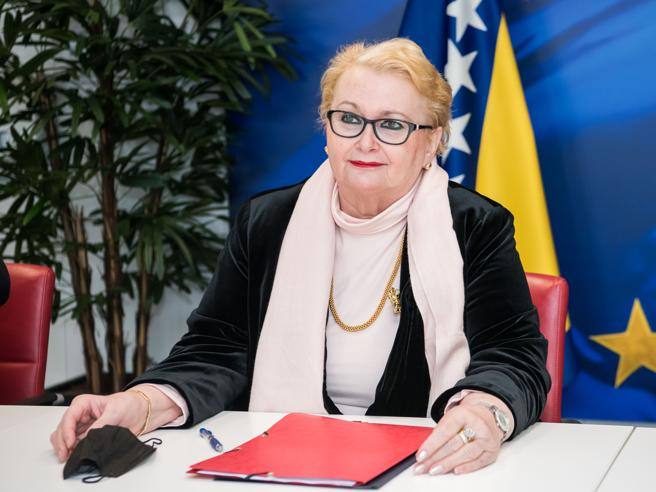 The owner of the Foreign Affairs to the Courier: “Serbia must choose between Brussels and Moscow”. And she warns: “The secession of the Srpska Republic has already begun”

«In Bosnia and Herzegovina the secession has already begun, the European Union has a simple and inexpensive method to ensure that the Balkans do not end up under Russian influence: officially accept our candidacy for the European Union. There is no more time ». Despite being a long-time diplomat Bisera Turkovic, Foreign Minister of Bosnia and Herzegovina, goes straight to the point and, in this interview with the Corriere della Seralaunches a cry of alarm: “We are very worried, Moscow wants to go back to being as big as it once was, it will certainly not stop and go on, not only in Moldova and Transnistria but also in our region”.

Minister Turkovic the conflict in Ukraine could encourage Belgrade to act together with Moscow in the Balkans?

«Serbia must decide who to stay with, whether with the EU or with Moscow. They want to become part of the European Union but at the same time they maintain strong ties with Russia. So we don’t know exactly how they will behave in the future but I think it is time to decide where we want the Western Balkans to go. And this depends as much on the Balkan countries as on the European Union. Geographically we belong to Europe but if Brussels does not take steps in this direction that space could be filled by someone else ».

Is there a risk of secession in Bosnia and Herzegovina? Milorad Dodik, Serbian member of the tripartite presidency, presses for the republic to create an army, police and tax administration autonomous from the central government.

«I would say that it is more than a risk, the secession has already begun, there have been decisions taken by the Srpska Republic that go in that direction and which will become effective within a year. So if Milorad Dodik wins in the elections next October, he will certainly activate his plan for the Republic of Srpska ».

Bosnia aspires to join the EU but is not yet officially a candidate. When will this happen?

“Bosnia must become a candidate country as soon as possible, it would be a strong signal for the Bosnian Serbs of the Srpska republic, in the elections the undecided could decide to vote for those who are pro EU rather than those who are pro Russia”.

Ukraine could have an accelerated path to EU membership while you have been waiting for a long time. Two weights and two measures?

“I think that both countries must be candidates, we too had our share in the struggle, bloodshed and defense of European values ​​thirty years ago. We have defended multiculturalism and religious freedom in our country. As you know, more than 100,000 people have been killed in the conflict, tens of thousands of women have been raped. Unfortunately all of this is happening now in Ukraine asking to join the EU and I really don’t see why this should be denied. It is clear that then there will be a whole path, with preconditions that will have to be decided but I don’t really see why not to give it the status of candidate “.

Bosnia is also thinking of joining NATO but Moscow has already said it would consider it a hostile act. Do you feel threatened?

«Russia also gives the same signals about our entry into the European Union, it is clear that they want to dominate this part of the world. They know that if they control Bosnia and Herzegovina they will control all the Balkans ”.

Since 2010, Bosnia has stopped investing in its security. Are you worried that you will not be able to react when the need arises?

“We have had problems with the financing of military force but we are trying to do our best with the available resources. Clearly, budget difficulties prevent us from strengthening means and men to get them to the necessary level ».