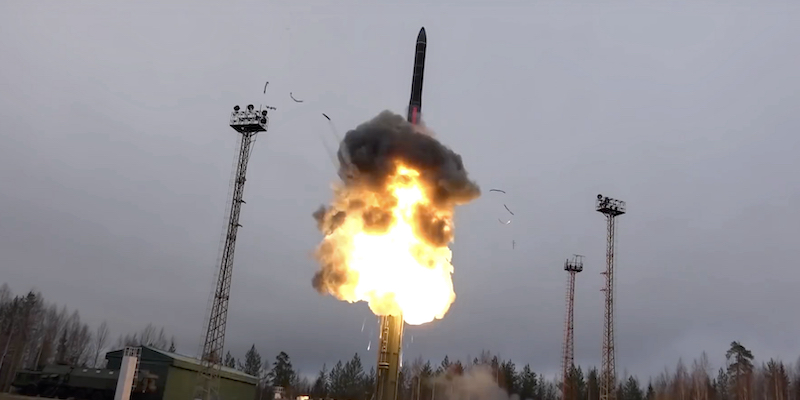 On Monday, the Russian Foreign Ministry announced the suspension of regular inspections of its nuclear arsenal by the United States: those provided for by the New START (Strategic Arms Reduction Treaty), in force between Russia and the United States since 2011 with the aim to monitor each other’s nuclear weapons. The Russian government has motivated the decision with the impossibility for its agents to carry out inspections on American soil, due to the air blockade imposed by the United States against Russia in response to its invasion of Ukraine.

The New START treaty, the last major agreement between the two parties on this type of weapons, limits the number of long-range nuclear warheads in each country to 1,550: regular reciprocal inspections are used to verify that the terms of the agreement are respected . The treaty had taken over from others signed by both sides since the end of the Cold War and up to now always respected. Inspections had been suspended during the pandemic and should have resumed, but the Russian foreign ministry said the war in Ukraine had “changed the conditions” previously established by both sides.

The Russian Foreign Ministry added that the suspension just announced is temporary and that it intends to continue to respect the treaty. The goal, probably, is to obtain concessions by leveraging the issue of nuclear weapons. Russia’s announcement was made a few days after US President Joe Biden’s willingness to negotiate a new agreement with the Russian government, given that the New START expires in 2026. For now, the US government has not commented on Russia’s decision. except by reiterating that it is important that mutual inspections resume, even in the midst of great political tensions such as those underway.

See also  War in Ukraine this June 22: the battle for the Black Sea intensifies, fighting rages in the East