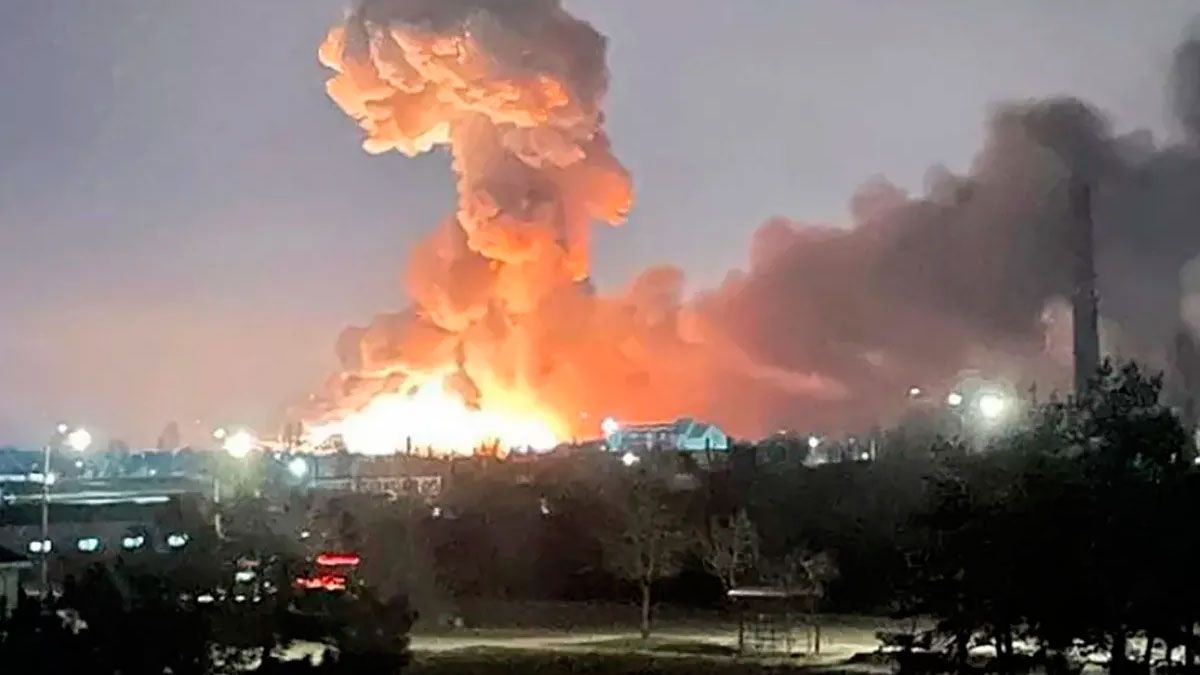 The Russian Army seems to have stepped up its attacks in Ukrainethe anti-aircraft sirens were heard in the last few hours in much of the country and, according to local media, in the capital kyiv and in the western city of Lviv there have been strong explosions.

The regional authorities reported three Russian air strikes in the kyiv regionfrom which the Russian soldiers withdrew two weeks ago, to which other bombings registered in eastern Ukraine are added.

One of the most powerful explosions has occurred in Darnitski, southeast of the capital, added the mayor of kyiv, Vitali Klitschko, who explained that they are trying to verify if there have been victims.

At least ten people have died – including a seven-month-old baby – and 35 have been injured in a bombing of an industrial district in the city of Kharkov, in northeastern Ukraine.which local authorities have attributed to a Russian rocket launcher.

Kharkov (or Kharkiv) is the second most populous city in Ukraine after kyiv and is mostly Russian-speaking. It is part of Novorossia, a tsarist term that encompasses eight oblasts (districts or regions) in eastern Ukraine (including Crimea and Donbass) conquered by Catherine the Great at the end of the 18th century and who claims pan-Russian nationalism.

Crown jewel”
The Russian Ministry of Defense had announced, after the sinking of its flagship Moskva, that it would increase its attacks.

The Ukrainian Defense Ministry assures that the ship was hit by a torpedo. The Russian Army recognized a fire and, after initially assuring that she had not sunk and was going to be towed to port, 24 hours later reported that she had foundered. She assured, yes, that she had rescued her 500 crew members.

The Moskva was the flagship of the Russian fleet in the Black Sea and, together with other ships, had participated in the blockade of the port of Mariupol, where heavy fighting has been going on for weeks, and in the bombing of Odessa, a strategic port city to shores of the Black Sea.

A spokeswoman for the Ukrainian army assured, on the contrary, that she could not be rescued. The latter, however, has not been confirmed by any independent source.