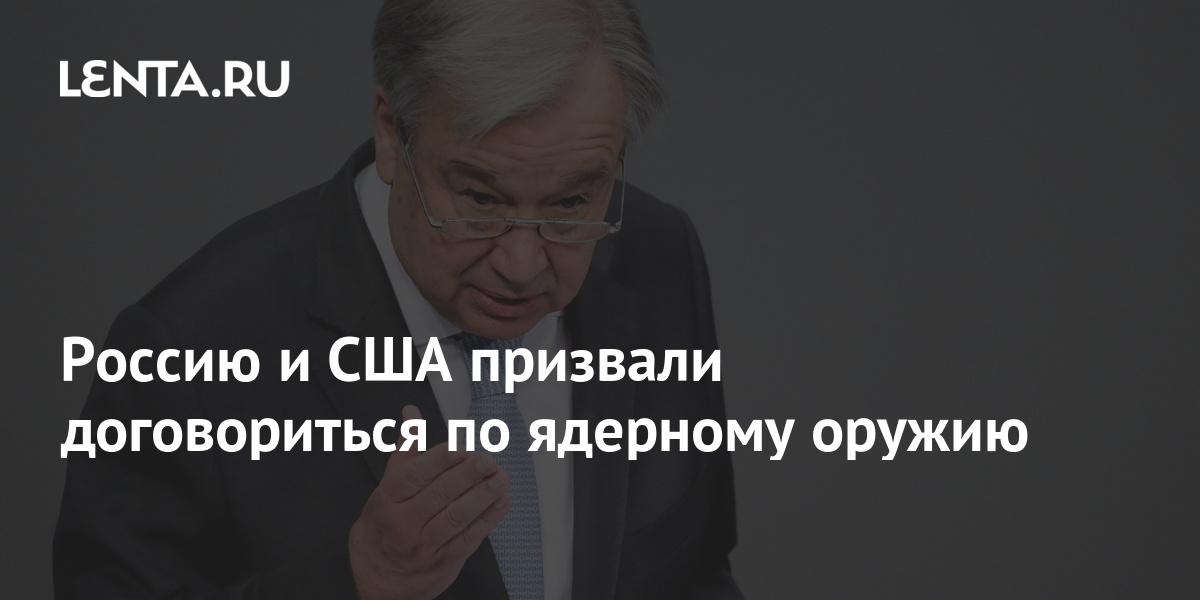 UN Secretary General Antonio Guterres called on Russia and the United States to agree on further reductions in nuclear arsenals. His words are reported by TASS.

The UN Secretary General stressed that the authorities of both countries should develop new agreements on nuclear weapons. According to Gutterisch, this will help to timely respond to new challenges in this area.

On May 29, Guterres expressed concern about the decision of the American side not to return to the Open Skies Treaty (OST), considering what is happening “the erosion of the arms control regime between the United States and Russia.”

On May 24, the Russian Ministry of Foreign Affairs disclosed data on the number of strategic weapons in Moscow and Washington as of March 1, 2021. The Foreign Ministry announced a violation by the United States of the Treaty on Measures for the Limitation and Reduction of Strategic Offensive Arms (START-3).

The Open Skies Treaty was signed in 1992. The agreement stipulates that member states have the right to conduct reconnaissance flights over each other’s territory in order to monitor military activities and compliance with existing arms control treaties. The United States withdrew from DON at the end of November 2020. In June 2021, Russia also withdrew from the treaty.