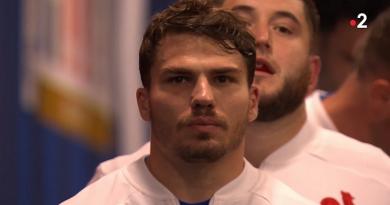 RUGBY. Will these legendary records fall during the next edition of the 6 Nations?

Sport Several records and historic brands could be equaled or even beaten during the 2023 edition of the 6 Nations Tournament. Antoine Dupont is notably in the race. 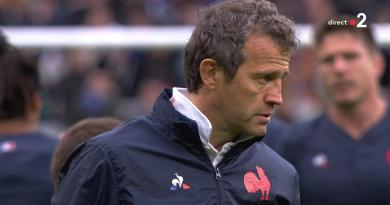 RUGBY. Did you know: Fabien Galthié entered a very closed circle by winning the 6 NationsThe kick off of the 6 Nations Tournament is in less than a month! Already, you say to yourself certainly. Time passes quickly, it is true. The 15 of France will defend its title gloriously won last year. With a first match against Italy on February 5th. The task will not be easy for Fabien Galthié’s men who will have to travel three times in 2023. But nothing is impossible for the Habs. A few months before the World Cup, they are expected at the turn. Will Antoine Dupont still lead his teammates to the title? It would be a hell of a performance, even if the Grand Slam was not at stake. The Blues have not won the Tournament two years in a row since 2006/2007. But performances, like records, are made to be equaled or even beaten. As such, several historic brands could fall during this edition.

The scrum half of the 15 of France could thus equalize Brian O’Driscoll by being voted best player of the competition for the 3rd time after 2020 and 2022. The Irishman had received the award in 2006, 2007 and 2009. Note that the Scot Stuart Hogg is also in the race since he was decorated in 2016 and 2017. This is not the only “record” owned by BOD. O’Driscoll scored the last of his 26 tries in the 6 Nations against Wales in 2013, “and his record seems unbeatable since” note Planet Rugby. With 22 achievements, George North is the closest. But at 30, does the center winger still have the resources to rise to the level of the Irish legend? He could still become Wales’ all-time leading try scorer in the Tournament by crossing the line just once. He would thus leave Shane Williams behind him.

Another Clover XV legend could see many of his brands outdated. With 557 points, Ronan O’Gara is the best director of the 6 Nations. His compatriot Johnny Sexton (531 pts) could not only overtake Wilkinson (546) if he were to score as many points as last year, namely 35. Sexton, who has the most conversions in the history of the competition (92) could also hold the ROG penalty record (109). He only needs nine kicks to get past. But Owen Farrell is also on the spot in this category as for the points record. But he would have to register more than 57 points. What he has not done since 2019. Last notable record that could be equaled: that of the most capped player of the 6 Nations. It is currently Sergio Parisse who holds it with 64 appearances in the Tournament. It would be necessary thatAlun Wyn Jones participates in the five meetings to join the Italian legend. And it’s not over.