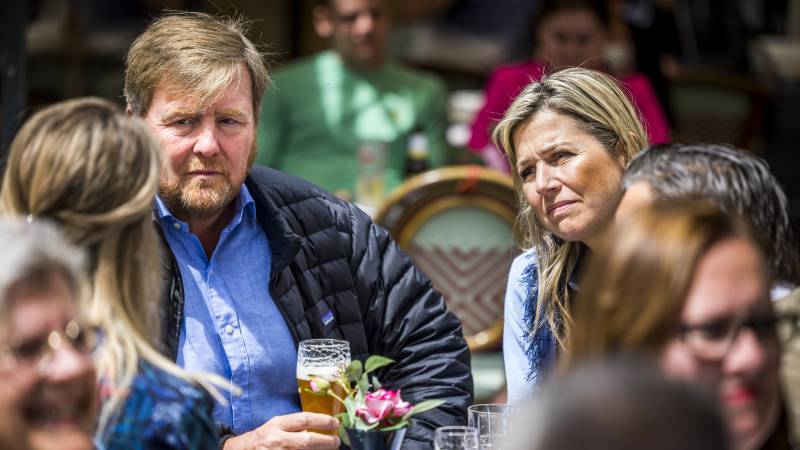 King Willem-Alexander and Queen Máxima paid an unannounced visit to Valkenburg aan de Geul this afternoon. Together with mayor Daan Prevoo, they visited residents and local entrepreneurs to see how they are doing, almost a year after the flood in the city.

With the visit, the royal couple fulfills the promise they made during the floods of last year. Then they told the victims that they would return to Valkenburg when the city could be visited again and the terraces were open again.

In a lunchroom in the center, the king and queen spoke with mayor Prevoo about how the residents and entrepreneurs are doing now. It was a special moment for owner Ferry Philippi, he tells 1Limburg.

“The royal couple paid the bill themselves. I also had to join in. They were very interested in how things are going,” he says. “We also talked about how we can prevent a flood in the future.” The royal couple has also visited other places. For example, they visited a florist and heard the stories of the residents on a terrace.

Mayor Prevoo says it is fantastic that the royal couple has fulfilled their promise to visit the city again after a year. “Their extraordinary involvement with the affected residents and entrepreneurs is heartwarming,” said Prevoo. “They had impressive and special conversations. So spontaneous, just on a terrace in the center of our beautiful town.”

Limburg was hit by flooding last summer as a result of heavy rainfall. As a result, the center of Valkenburg was flooded, and houses and businesses suffered significant damage. Willem-Alexander and Máxima then went to the city to see the damage with their own eyes and to talk to entrepreneurs, residents and aid workers.