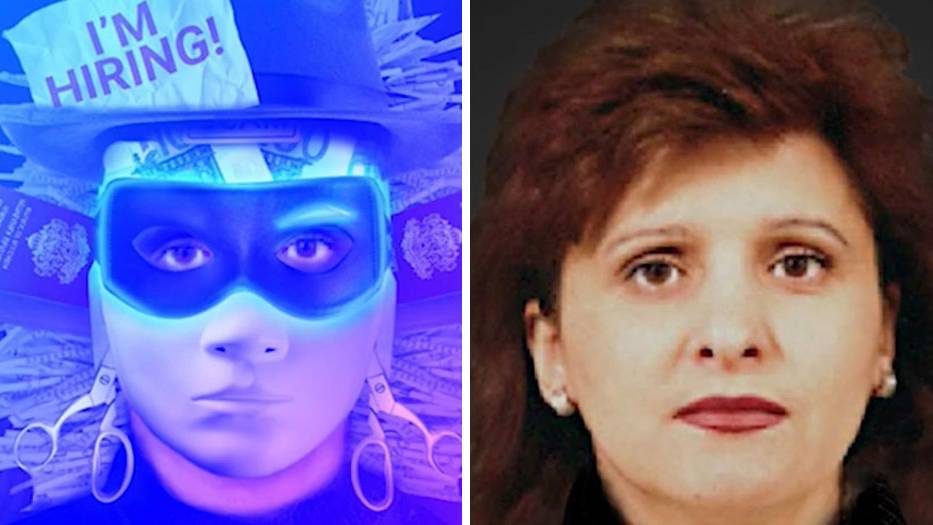 It is a ghostly scene, just before half past nine in the morning in the hall of the Ellwangen district court. When the accused enters the room, the whispers of the reporters in the room cease. His ankle cuffs drag across the floor, the cameras click. The lean man shuffles through the courtroom at a snail’s pace. Two judicial officers lead him to his place.

He pulled a large, light brown jacket over his head so that no one would recognize his face in the newspaper. He walks with his shoulders sagged, looking down – as if he were carrying a heavy load on his shoulders.

The media hype is great at the start of the process of the violence with six deaths in Rot am See near Schwäbisch Hall (Baden-Württemberg). The case around the 27-year-old defendant is also exceptional.

The accused confesses to the crime – but why did he do it?

On January 24, his parents, half-sister, half-brother, uncle and aunt died in a hail of bullets at a family reunion. Two other relatives save themselves badly injured. The accused admitted on Monday that he had shot his family members, and speaks of murder himself. But why did he do it?

The 27-year-old paints a bleak picture of his life – it’s about humiliation, contempt and a relationship with the mother that has been severely disturbed. She mocked him, mistreated her and poisoned her with female hormones because she wanted a girl, that’s his version of the story. Until the end of primary school, he was bed-wetting and had to wear diapers. He blames his mother for malformations in his sex because she took birth control pills too late in pregnancy. You have stripped him.

For example, the accused depicts the mother he grew up with as the cause of all evil: “My mother destroyed my life for me.” The defendant moved to his father in 2017 – whom he despised because he was said to have obeyed his mother. The 27-year-old presents himself as a loner who breaks off his studies, locks himself up in his room all day and plays computers, installs surveillance cameras in his room, listens to his parents’ phone calls, secures the door at night with a bar and an infrared alarm barrier – so that his mother doesn’t kill him in his sleep, he says.

Then he decides to shoot his mother. He didn’t want to use the police, he wanted revenge and vigilante justice. His half-sister should also die because she knew about the alleged poisoning. The 27-year-old tells in a deep, clear voice, he looks at the table, his hands clasped. He expresses himself in a well-chosen manner, appears intelligent. He graduated from high school with a grade of 1.8.

The assassination has involved three years of meticulous planning. He joins the rifle club to get a weapon. When a funeral for the grandmother is due in January and the whole family is to come together in Rot am See, he sees the time has come. He gets a 9 millimeter pistol and a rental car, scouts out the cemetery and church. Before the fact, he tells his father that he is going to Stuttgart. He is hiding up in the house. When his mother and father come up the stairs, he watches them behind a door in the hallway.

He starts firing – again and again. The father it hits first. The mother who jumps down the stairs and calls for help. The half-brother who is still trying to pounce on the shooter, but who stumbles on the stairs. On uncle and aunt who come across the scene in surprise. The 27-year-old shoots his victims again and again, even when they are already on the ground. “I shot everything that moved.” He executes mother, father and half-sister with a headshot. He fires 30 shots in total. He changes the magazine twice.

The 27-year-old describes the events as a kind of uncontrolled blood rage. “It felt like slow motion at the moment.” He shows little emotion, only sobs in places – for example when it comes to the death of his uncle and aunt, whom he never really wanted to kill, who would have always looked after him lovingly. He lets his half-sister’s teenage son escape.

Then he holds the pistol to his head and thinks briefly about suicide. But he lacked the guts. He calls the police. When the patrol arrives in Bahnhofstrasse, he surrenders. On Monday, he speaks of repentance in court. “I wish I hadn’t.”

Relatives who survived the violence described the man in the court as a black sheep in the family, a nerd and loner who had trouble fitting in. A psychiatric assessor accompanies the trial and is supposed to assess the defendant’s inability to act. Paranoid schizophrenia may be present, the prosecutor said.

For a co-plaintiff’s lawyer, Christina Glück, cold, calculus and greed are behind the bloody events of Rot am See. The family home where the accused lived was supposed to go to the half-sister. The accused is simply concerned with the money, she says. That’s why he didn’t want to give up his inheritance now.

The court now has to clarify whether the 27-year-old is mentally ill and what the motives behind the crime are. A total of seven days of negotiation are scheduled for the procedure. A verdict could be reached on July 10th.