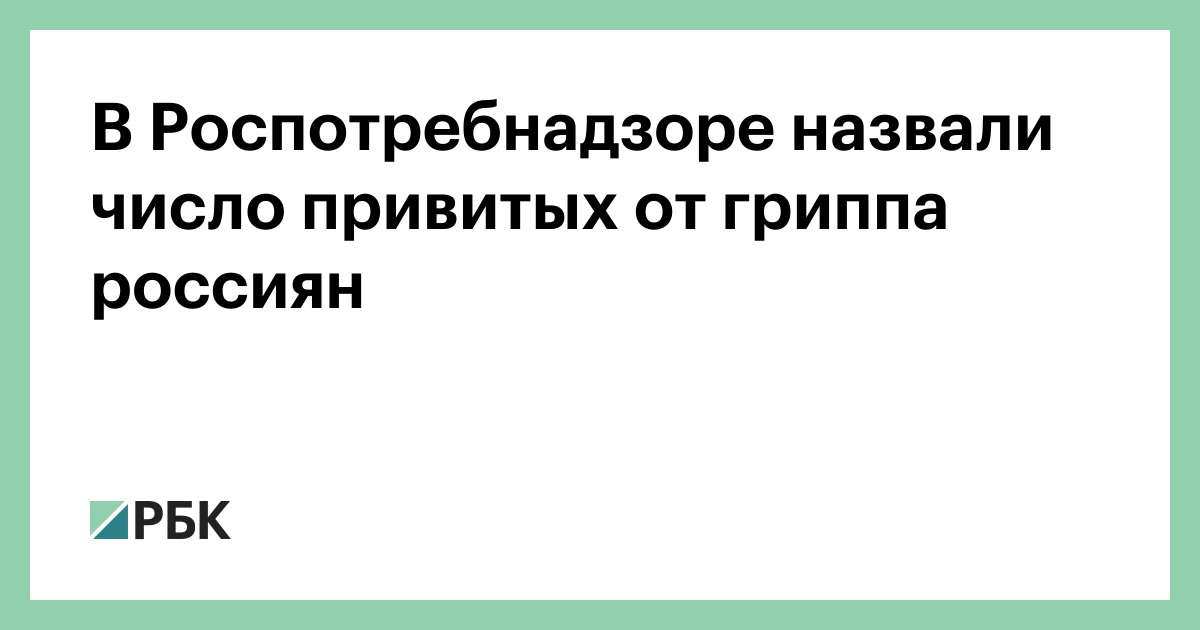 Rospotrebnadzor named the number of Russians vaccinated against influenza – RBK

In Russia, 68.1 million people, or 46.6% of the country’s population, were vaccinated against influenza, the press service of Rospotrebnadzor reported.

According to the department, the flu vaccination campaign is almost over. The epidemic thresholds for the incidence of influenza and ARVI have been exceeded in 20 Russian regions.

In October, the head of Rospotrebnadzor, Anna Popova, warned Russians that two new strains of influenza would appear in the country in autumn and winter. “They are new, people in the Russian Federation have not met with them before, therefore, we need to defend ourselves against them, we have no immunity,” she said. Two new options are included in the influenza vaccine.

At the same time, the Ministry of Health allowed to simultaneously vaccinate against coronavirus and influenza. According to the ministry, preclinical studies of the joint use of Sputnik V and a vaccine for the prevention of influenza have shown that the immunogenicity of both vaccines remains. However, drugs must be injected into different parts of the body, such as the left and right shoulder.