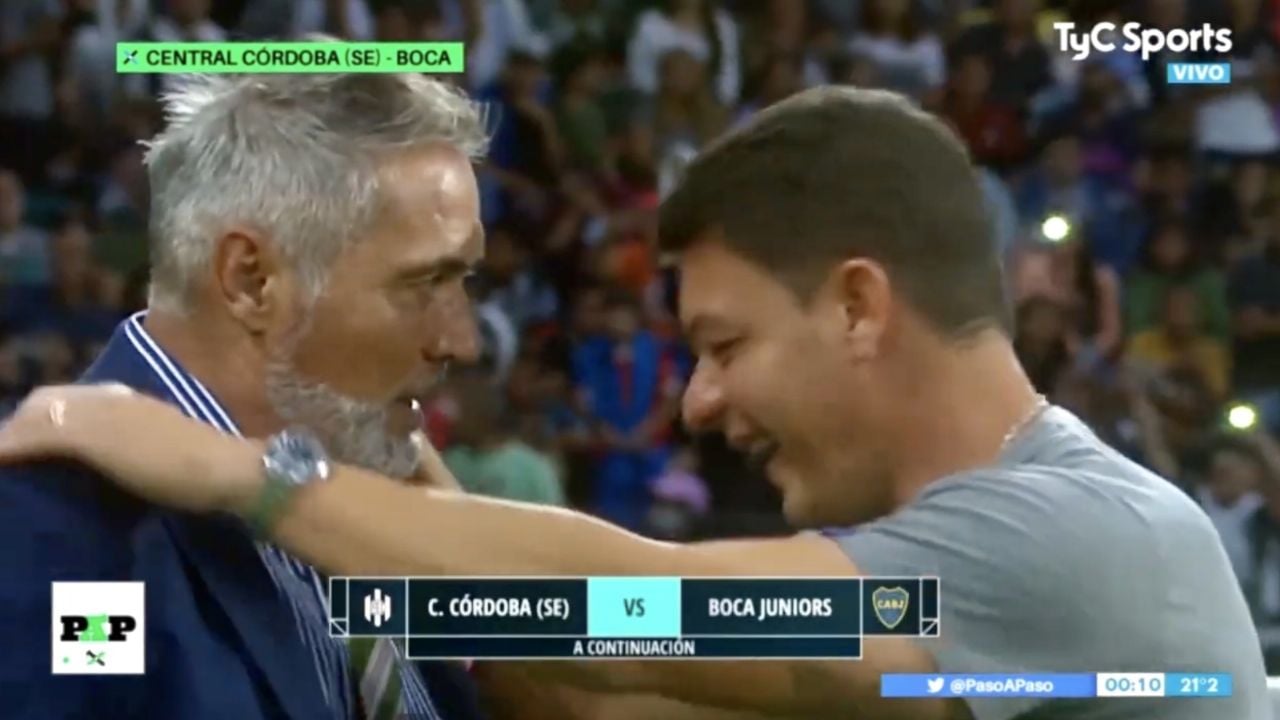 Rondina revealed the crude comment that made Battaglia laugh when they crossed paths at Central Córdoba-Boca: “I told him…”

The DT of Central Córdoba of Santiago del Estero, Sergio Rondinapassed through the screen of TyC Sports and left several interesting titles, especially linked to Boca from Sebastián Battaglia but also to Marcelo Gallardo’s River.

Rondina referred to the moment he had to face the Xeneize team: “When we played with Boca I told Battaliga: ‘I don’t know how you do to endure'”, referring to the continuous criticism that the coach of the La Ribera team received at that time.

“I think he is used to it. He grew up in Boca and knows how it is, perhaps another coach would have overcome the situation,” he completed. And he closed: “I think he didn’t turn on the TV, the radio, he didn’t put anything on. I don’t think he even opened the refrigerator, because if he opened it he would tell him: ‘He’s leaving Boca Battaglia‘” he completed between laughs.

Besides, Rondina He left a stick to Marcelo Gallardo: “He is alive to declare, they never beat River. He never loses well. They beat him a few times and he doesn’t say it, he doesn’t recognize it.” However, he clarified about the confrontations against him: “He knocked me out. He hit me with two pineapples and he knocked me out,” he explained before the hard loss of the Millonario team against Tigre for the quarterfinals of the League Cup.