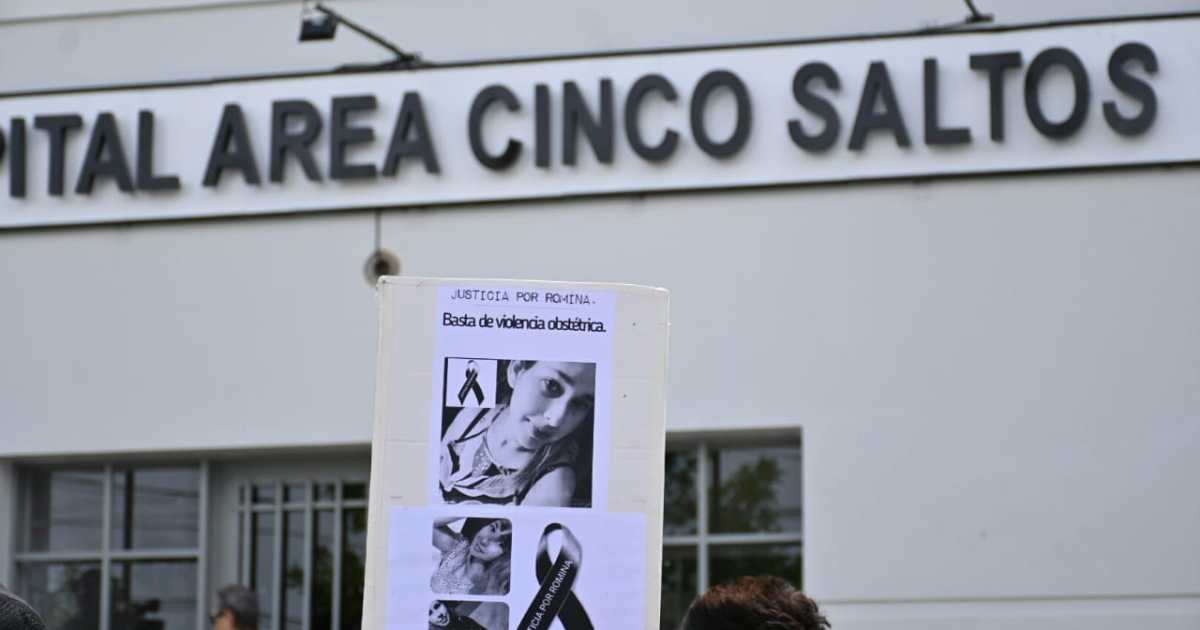 Romina’s baby is dead, the young woman who died after giving birth in Cinco Saltos

After nine days in the hospital, the baby died from Romina Juarez, the young woman who died after giving birth to her son, his family reported on social media. Was born lifeless but they managed to revive him and he was in intensive care from that moment on. The facts are still being investigated. which caused the death of the young woman.

Romina Juárez (33) had admitted to the Cinco Saltos Hospital to induce her labor on Thursday 24 November and after complications she was refers to Cipolletti Friday in the early hours of the morning, where he died.

In that place her baby was born, but lifeless. They performed cardiopulmonary breathing maneuvers and they managed to revive him, but stayed hospitalized for nine days.

Yesterday afternoon Romina’s family reported on social networks that the young woman’s baby had died. “With our hearts broken from all the pain in the world, we found out that NOAH had left them,” they said. “On the one hand we are calm that he is already with his mother, but they screwed up our life, it will never be the same again without Romi who was looking forward to her baby,” they added.

What is known about Romina’s death

Romina Juarez (33) enrollment to the hospital the Thursday in the afternoon to induce labour. The Friday 25 November at 08:00 the induction began, From what they reported, she was stable, with a positive fetal heart rate. In the afternoon, the situation began to get complicated, as her body did not expand.

As initially reported, the family was informed that there was no oxygen in the hospital for the operating room and therefore they could not treat her. Today the director explained what happened.

noticed it that day there was no operating room because they were doing a repair that affected gas production, not oxygen. The hospital is currently undergoing renovations.

From the hospital, they indicated that the gynecologist on duty requested the transfer to Cipolletti. around 4:00 am. The family assures that he broke the sac spontaneously at Cinco Saltos Hospital. Therefore, the referral was urgently managed.

During that interval until she arrived at the Pedro Moguillansky Hospital, the woman was alive, she even managed to notify her family that they were about to transfer her.

From the Cinco Saltos Hospital they initially reported that the request was denied and from the Cipolletti Hospital they suggested that they “wait and wait until the young woman goes into labor.” At that time they should re-manage the shunt.

When the young woman arrived at the hospital cipoletti were attended by health personnel. After a caesarean section, the baby was born, but lifeless. They practiced cardiopulmonary breathing maneuvers and managed to revive him. At that moment the young woman began to feel bad and finally died, the baby remains in the hospital.

Romina’s family denounced that they practiced malpractice and they requested that justice act and investigate the events that occurred during the young woman’s stay at the Cinco Saltos and Cipolletti Hospital.