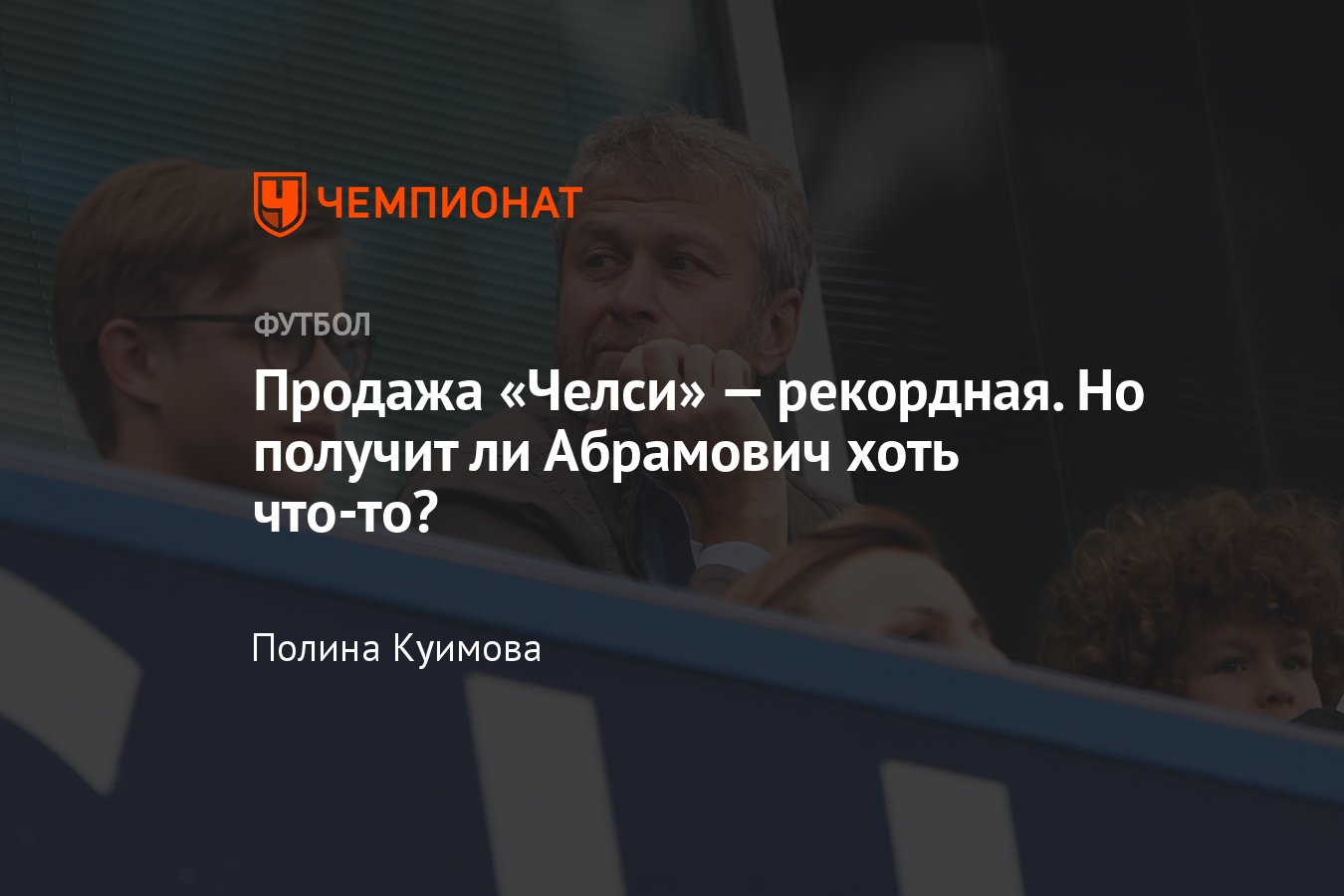 Chelsea officially found new owners – the American Todd Bowley, which he filed together with Mark Walter and the Swiss billionaire Hansjorg Wyss, won the competition to buy the club.

The deal is officially set to close by May 31, but Bowley has already been to the stadium, visiting Stamford Bridge on Friday and attending a match against Wolverhampton on Saturday. In the broadcast, he was given about the same attention as the players – the camera snatched out almost his every action.

How much will Chelsea sell for?

An amount of £4.25bn is reported, which will be split into two parts.

The first is a £2.5bn fee for the club. This amount will go to the bank account, not of Abramovich (the UK will make sure that he does not receive a penny), but of the government.

The second – £ 1.75 billion – is an investment in the club. The money will be invested in the reconstruction of Stamford Bridge, the academy, the women’s team and further funding from the Chelsea Foundation.

The new owners, according to Sky Sports, were given several important conditions:

The English media call these conditions “anti-Glazer”: they were included in the terms of the deal in order to avoid the disagreements that existed between the Glazers after the purchase of Manchester United.

And what about the debt to Abramovich?

The Times previously stated that Chelsea had informed the UK government and bidders of the changes to the terms of the deal. It was assumed that part of the funds for the club would be used to pay off the debt of Fordstam Ltd (the founder of Chelsea) to Camberley International Investments in the amount of £ 1.6 billion. The latter company is registered offshore, so it is impossible to establish its exact connection with Abramovich. Such a scenario strained the government: officials began to fear that the Russian businessman thus still wants to receive at least some funds from the sale of the club. 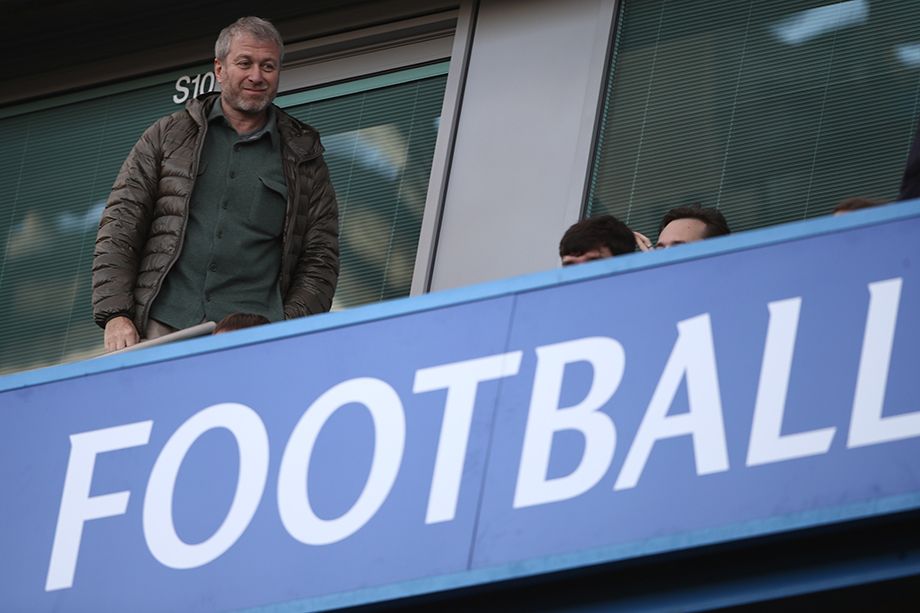 The Times later wrote that they had agreed on the following terms of the deal:

Following this, a representative of the Russian businessman stated that “Abramovich does not have access to or control over these funds and will not have after the sale.” The club’s official press release states that the entire amount (£2.5bn) will be deposited into the account and frozen until such time as the UK government gives approval for their transfer to charity. 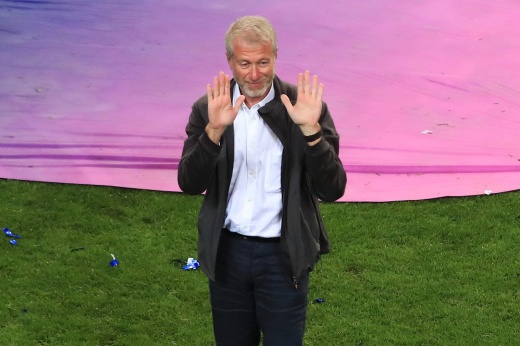 Abramovich turned down a lot of money. What does it mean?

Who are the new owners of Chelsea?

Bowley studied in the United States, and went on an internship to the London branch of Citibank, where he simultaneously received another education at the London School of Economics. He continued to accumulate experience in the financial sector at Credit Suisse First Boston, from where he moved to Guggenheim Partners. There Bowley worked in asset management before becoming president of the company.

In 2012, he invested in the Los Angeles Dodgers baseball team with the Guggenheim Baseball Management consortium. A year later, Bowley struck a massive deal between Time Warner Cable and the team that resulted in SportsNet LA, a regional network for everything related to the LA Dodgers. In 2015, Bowley bought the Billboard and Hollywood Reporter magazines and Dick Clark Productions television company (which also deals with the Golden Globe award) from Guggenheim Partners, after which he founded his own company, Eldridge Industries. Now she has stakes in about 80 different financial, media, sports, real estate and technology companies.

“I lived with a simple mantra,” he said. “If I said I was going to do something, I did it. And when you build a reputation for being able to do something, then a lot of interesting things immediately appear in your mailbox.

In addition to the L.A. Dodgers, Bowley has a women’s baseball team franchise with the Los Angeles Sparks, Los Angeles Lakers, and fantasy DraftKings.

“Investing in sports stimulates you intellectually. Every day you think about how to use all the opportunities so that you have a chance to win. At the same time, you keep in mind that there is no 100% correct solution. It seems to me that this is a kind of rule: there are no guarantees. It’s very humiliating when you do everything right and still don’t win. There is something about it that makes me keep striving to do the best I can every day. First you try to figure it out, then you put in the right people, you build the foundation, then you let it work.”

Bowley had already tried to buy Chelsea in 2019, but then he was refused. Asked by Bloomberg about the huge costs of running a football club, he said: “It’s hard to buy quality without overpaying. The question then becomes, can you continue to develop what you have acquired at this price? I continue to believe that there are global opportunities for the best.”

The American talks a lot about the fans (an important part of the sport, so you need to focus on them), entering the American market (many opportunities for development) and the reconstruction of Stamford Bridge. Bowley believes that the construction of a new arena should take an American approach: historically, stadiums in England are “very utilitarian”, but they need to be made a “way of life”. 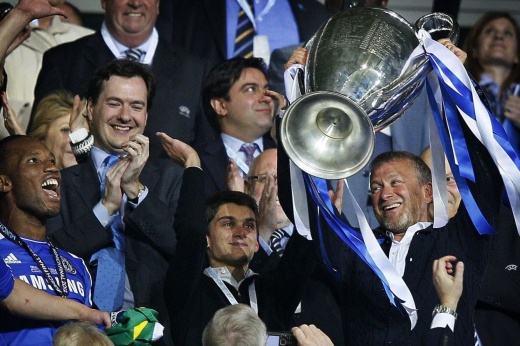 Walter is Bowley’s longtime partner, having worked together since Todd joined Guggenheim Partners. Mark is chairman of the L.A. Dodgers and has stakes in plant-based meat products company Beyond Meat and online car retailer Carvana.

Walter and his wife Kimbra own a Florida wildlife sanctuary that is home to both endangered and endangered animal species. 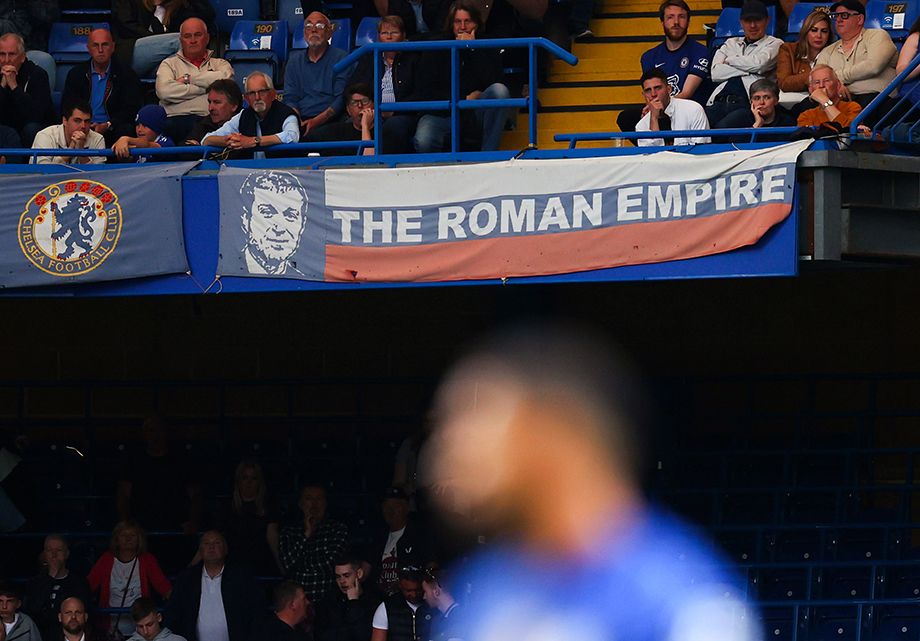 Banner in honor of Roman Abramovich

Wyss studied at the Swiss Federal Institute of Technology in Zurich – he has a master’s degree in civil engineering and structural engineering. After training, he briefly worked as a factory engineer and project manager for Chrysler in Pakistan, Turkey and the Philippines. After receiving his first working practice, Wyss entered Harvard. “For the first five weeks, I didn’t talk in class,” he said. – All my classmates were “cream of society”. They wore button-down shirts that I had never seen before.”

After his studies, Wyss moved to Belgium to work in the steel industry. In parallel with this, the Swiss opened a small business selling aircraft to private individuals. Through his part-time job, he met a surgeon who co-founded Synthes, a Swiss manufacturer of medical devices for the surgical treatment of fractures. From that moment on, Wyss began a new stage in his life: he began to study how the medicine market works.

Two years later, the Swiss became president of the American division of the company. Up to this point, all plates, pins, screws, and other implants were manufactured in Switzerland, after which they were distributed in the United States. Wyss built a plant in Colorado, gradually expanded the workforce and began training doctors. He organized training courses and workshops for surgeons interested in learning new methods of fixation in the treatment of fractures. In 2012, Wyss sold Synthes USA to pharmaceutical company Johnson & Johnson for $19.7 billion.

The Swiss is also known for his large donations to charity: Forbes wrote that he is one of the biggest philanthropists in the world. Wyss has pledged to the Giving Pledge* that he will donate more than half of his fortune.

The Giving Pledge is a philanthropic project founded in 2010 by Bill Gates, his wife Melinda, and financier Warren Buffett. The richest people in the world launched a campaign in which they turned to billionaires with a request to establish a single standard of generosity – to donate more than half of their wealth to charitable causes. Of the Russians, Vladimir Potanin and Yuri Milner took part in it. Among the donors there are also the names of Mark Zuckerberg, Elon Musk, George Lucas, David Rockefeller.

Wyss has been actively involved in this for most of his life. He has his own Wyss Foundation, which oversees land protection projects in the western United States; his total assets amount to $ 2 billion. In addition, Wyss actively invests in the environment: he donated $ 8 million to protect the ocean, $ 65 million to protect nature in Africa, and also promised to invest $ 1 billion to protect the planet (the goal of the project is save 30% of the planet in its natural form by 2030). Wyss also invests in scientific research: he donated $120 million to the University of Zurich and the Polytechnic University for the construction of a scientific center, sponsored the opening of a medical center for the study of the brain in Geneva and the Geneva biotech campus for $150 million. It is likely that the football club will become his next philanthropic project.