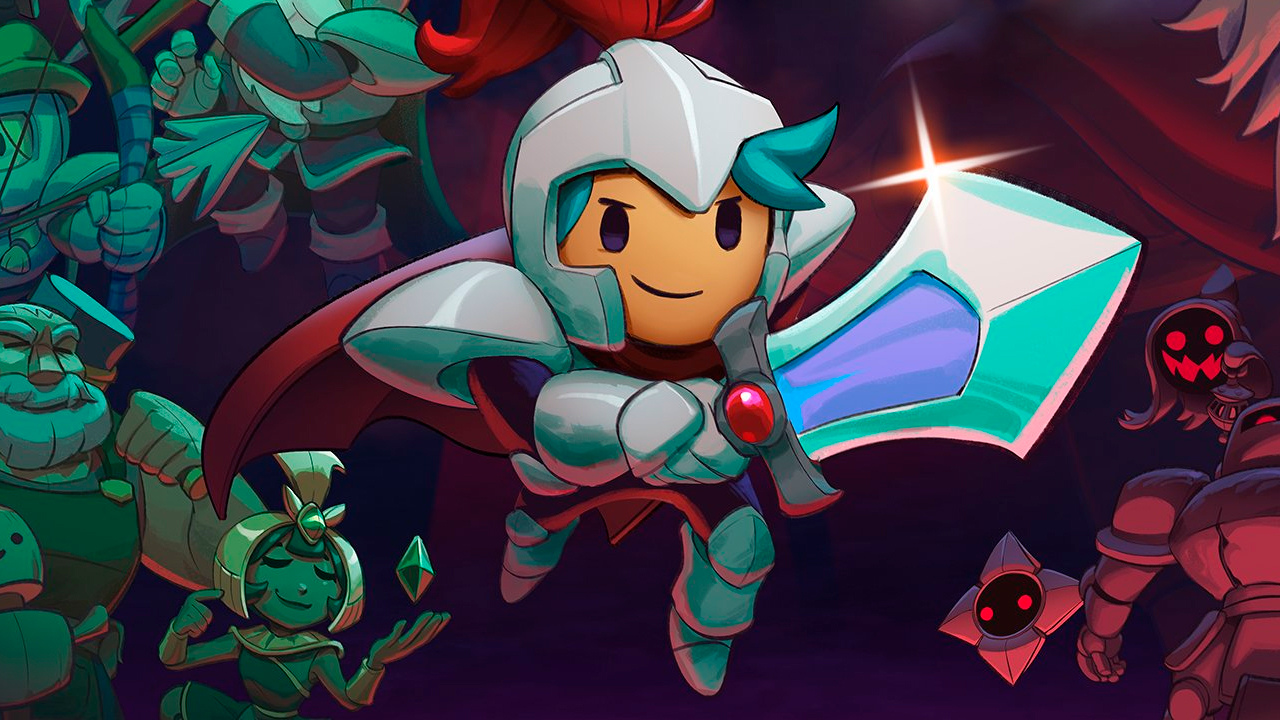 Rogue Legacy 2, analysis and opinions of the game for PC, Xbox One and Xbox Series

Cellar Door Games’ work finally arrives in version 1.0 with a perfectly justified sequel, full of new incentives to return to this roguelite. Discover all the improvements and new features in our review of Rogue Legacy 2.

Almost ten years have passed since the release of the first Rogue Legacy and countless roguelikes and roguelites. I’m not going to lie to you, that means that the surprise factor that this genre represented in its heyday has been lost a bit in all this time. When Rogue Legacy came out, its freshness was unusual. Now that same structure is familiar to us and, in some cases, even too familiar. Therefore, if you want to be a roguelite in 2022, you need other values. And Rogue Legacy 2 has them. It has more than that. He thought that the new work of Cellar Door Games would be the traditional second part, which revamps the graphic aspect to offer exactly the same experience. And although everything reminds of the first game, there are so many changes and additions that this second part is perfectly justified.

For new players, Rogue Legacy 2 starts from the same premise: enter The Kingdom, a place in decline that is made up of random dungeons and that, when we die, we will control our offspring, which in part will absorb some of our characteristics . Almost all the elements of the original are here, inheriting both positive and negative traits for our hero: for example, the ability to earn more money or be stronger, but also the ability to have vertigo and see the entire map upside down or have brittle bones and take damage from falls.

Thus the game was balanced to give variety and different challenges to each adventure. And I think that this has been the true characteristic that the studio wanted to promote: variety. Because Rogue Legacy 2 achieves that, even if we start from the beginning, there are enough incentives so that it does not give that classic laziness of “you have to start a new run again”. As it does? Why not, rather, because there is everything. A system of permanent improvements creating our own castle, in which we unlock new classes of heroes (barbarian, mage, duelist, archer, assassin, chef…) up to fifteen in total. This alone promises that each game will have its own spirit and you will often find yourself in situations that are easier to counter with one class or another.

Each class feels truly unique: The knights are balanced and with their greatsword they make sure to deal damage at all times at a good rate, while the barbarians are capable of dealing very powerful blows, with the difference that when jumping they do not do as much damage. Duelists are very fast and wizards or archers are perfect for ranged attacks. Although many games you will be able to play with the one that you like the most of those that are offered, it is not strange that, when you go to face the game to a boss, you go looking for one in particular that is related to the strategy that you have discovered and allows you to exploit his weakness.

Before embarking on the Kingdom, we have several stores with which to unlock skills and templates that we will find in the dungeons. I was surprised by the metroidvania touch that Rogue Legacy 2 now has. Thanks to a series of unique abilities called heirlooms (like a quick dash or boots that let you bounce higher), you’ll be able to access previously blocked parts of the castle, better suggesting the pace and direction of your game. Events do not stop happening; even to get these skills, the game prepares a series of extra challenges that put your platforming skills to the test, for example.

The balance achieved thanks to all the time the game has been in Early Access is noticeable, because the rhythm is very measured so you always get something new when you think everything is going to get repetitive. There’s always a new class to unlock, an upgrade to help you get to the boss, and added to that are the new relics, which alter the effects in very drastic ways. At first, as the game hides the information from us, it will be a real chaos, but when we control its effects, we will have a character who will begin to accumulate synergies to perfectly survive each of the levels that increase in difficulty. You can see the balance achieved thanks to all the time the game has been in Early AccessLittle by little, you realize that Rogue Legacy is a game of objectives, where the most important thing is to read the map. Many games are dedicated to leveling up, especially at the beginning, or managing to survive by going around until you accumulate enough gold and materials. Along the way, you’ll even come across challenges such as special chests that offer skill tests or even puzzles to solve in a certain order or time. Other times, when you are ready, the ideal is to go as quickly as possible to the boss of the area, trying to go in the best possible conditions. all to get gather estuaries that open the doors of the throne room. Because yes, Rogue Legacy 2 has a little more history; not a very deep one, but more elaborate than its first part.

If to this we add the new and expanded biomes, The truth is that Rogue Legacy is the classic game that you always want to have installed to play a few games. The change in the visual aspect that has now been renewed with a very peculiar 2.5D style, with hand-drawn backgrounds behind 3D characters that don’t look like it, and a very successful set of animations that respond well to the controls, is greatly appreciated. Personal roguelite fatigue aside, it really is hard to find fault with this formula. Yes it is true that, like the first game, there are hereditary traits that end up tiresome. To do this, the studio has promoted risk/reward, but the truth is that it is still tiresome in the long run to play games with the screen upside down or with a pacifist character, which may be fine to get more gold, but they are not as much fun in the game. process. In turn, like some roguelites, the challenge is present, but it does not only depend on your ability. Sooner or later, as you become powerful, you will be able to overcome all those obstacles that seemed impossible before.

Rogue Legacy 2 surprises. Many already know this given its Early Access game status. But it was worth the wait for version 1.0 in which everything works like clockwork. It’s funny because yes, Rogue Legacy 2 is a sequel, but it brings so many new features and improvements that the first game now feels skeletal. The feeling of entering a random dungeon with your offspring is the same, but it changes everything else thanks to a design that has not been content with polishing, but has mixed the roguelite with elements of the metroidvania and deepened its RPG characteristics. The result is a fun, careful game that always convinces you to play another game.