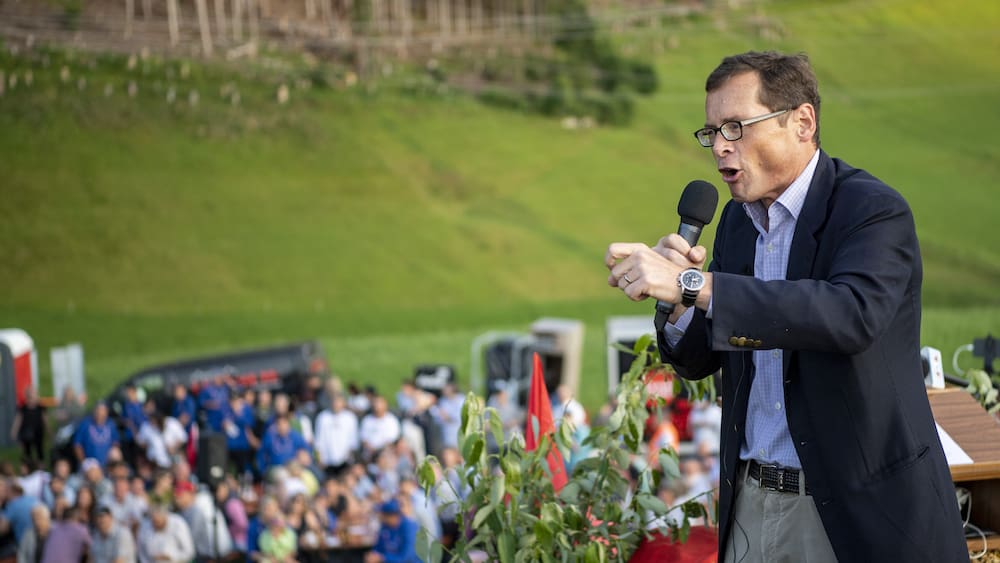 Roger Köppel (56) is known for his sharp words. The latest target of the SVP National Council and «Weltwoche» editor-in-chief is astonishing. It is Ueli Maurer (70), finance minister and, notably, Federal Councilor of his own party.

He has just returned from Venice. He wasn’t there for a vacation. The G20 – the group of the twenty most important industrialized and emerging countries – met last week in the Italian lagoon city and discussed the continuation of the global tax reform that has just been adopted. If the turnover is greater than 750 million euros per year, the tax rate is 15 percent. Worldwide.

Switzerland is not part of this exclusive club, but Maurer was also present at the meeting. The position taken by the finance minister there goes against the grain of Köppel. Maurer is quite critical of the tax harmonization for the largest companies. But he does not categorically reject them.

Maurer betrayed the independence of Switzerland, thereby failing in his core mission, quoted the “Switzerland at the weekend” Köppel. He also railed against his party colleague that he was a “Widmer-Schlumpf 2.0”. The former Federal Councilor had once agreed to the exchange of information and thus heralded the end of banking secrecy.

The attack comes, although Maurer is by no means cheering the proposal to heaven. But he makes it clear that the international tax reform cannot be prevented. If Switzerland is involved in the project, it can at least have a certain amount of influence on the precise implementation.

Because not only Swiss politicians are critical of the new tax reform. Seven countries reject the tax reform entirely. Including the EU members Ireland, Estonia and Hungary. In cooperation with them, the reform could definitely be weakened, believes Maurer.

Nevertheless, there is further criticism from the ranks of Maurer’s own party. SVP National Councilor Rino Büchel (55) says in “Switzerland at the weekend”: “If seven countries said no to this alignment, an eighth no from Switzerland would certainly not have done any harm.”

Even SVP President Marco Chiesa (46) is not happy with the statements made by his Federal Council. However, with reference to the collegiality principle, finds some understanding for his actions. «Maurer has his own role in the Federal Council. But there is no doubt about his attachment to the principles of the SVP and the sovereignty of Switzerland. ” (ste)