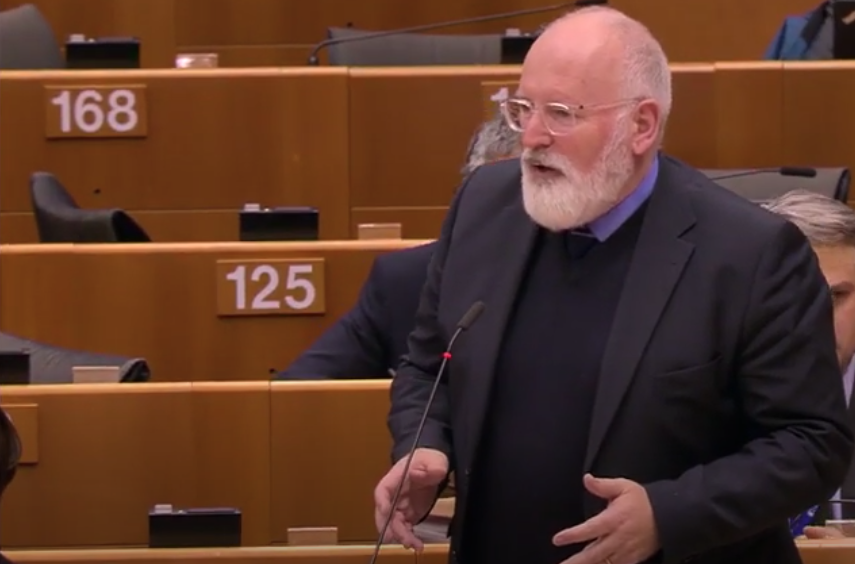 Our Western society has been very successful for decades when it comes to democracy and an economy based on free market forces. It is no coincidence that the two go hand in hand, because in an environment where people have the freedom to think and act, innovation and progress arise. Another key component to this success was affordable energy. The prosperity that these three components have brought us has also ensured that we have made great strides in improving the environment and living environment in the prosperous part of Europe.

But the fundamental pillars of our economic success may be over. Wednesday is Fit for 55 presented as part of Frans Timmermans’ Green Deal, a mega package of legislation from the European Commission to ‘green’ the economy.

“The European Commission is embarking on a risky venture in which it says not only ‘what’ should be done, but also ‘how’ it should be done”

The Commission claims that this package will modernize the economy, stimulate innovation and provide a competitive advantage over other economies. But when politicians (especially EU politicians!) talk about innovation and competitiveness, alarm bells go off in my head.

All aspects of our economy will be affected. The European Commission is embarking on a risky venture in which it not only says ‘what’ should be done, but also ‘how’ it should be done. The government takes the entrepreneur’s seat and consumers are guided in their consumption behavior through taxes. Fit-for-55 is an outright planned economy. Progress happens when creative entrepreneurs have the space to turn ideas into reality. Regulation follows innovation, not the other way around. That principle should be the guiding principle, but with this new package seems to have been definitively abandoned.

The EU itself estimates that this increased ambition from 40% to 55% reduction in greenhouse gases compared to 1990 will cost 1,300 billion euros. However, according to the more realistic estimate of Bjørn Lomborg, the costs will amount to 4 to 5 thousand billion euros. If all EU targets are met, the final result will be an immeasurably small temperature reduction of just 0.004°C.

Shouldn’t we do anything then? No, certainly not, we must continue what we were doing and that is investing responsibly in an even better future. Politicians can set realistic goals, but in a technologically neutral way. It leaves the execution to the market. After all, every investment must be able to be recouped properly and subsidy should never become a permanent instrument. This applies to both energy generation and investments in insulation.

In addition, solutions must actually contribute to a better future. The convulsive clinging to biomass is at odds with this. Entire forests go into the oven, while trees absorb CO2 and are indispensable for biodiversity. Combustion for energy generation also releases more CO2 and air pollution than gas. Wind turbines and solar meadows are not efficient and generating energy in this way is at the expense of nature, landscape and health.

‘Nuclear energy does not get a fair chance compared to solar, wind energy and biomass’

Investing in nuclear energy is currently the only solution for phasing out fossil fuels in the long term. Nuclear energy is reliable, has a high energy density and is therefore efficient, so that nature and landscape are spared. It also emits no air pollution at all and the waste is very manageable, contrary to what activists say. France has been proving this for decades.

But the European Commission is hindering this form of energy generation by not yet including nuclear energy in the list of sustainable investments, the ‘taxonomy’. As a result, nuclear energy does not have a fair chance compared to solar and wind energy and biomass.

‘With this package of measures, citizens will no longer have any say in the coming thirty years’

Recently, two EU scientific councils published their conclusions on nuclear energy. In general, the reports confirm the previous conclusions of the Commission’s Joint Research Center (JRC) that nuclear energy is an important tool in phasing out fossil fuels and does not cause serious damage to the environment. A condition for being included in that taxonomy. Nuclear energy is also part of the solution in the IPCC scenarios. And NASA previously calculated that current nuclear energy has saved millions of lives because it has prevented air pollution. What is the EU waiting for?

In summary, all the major success factors of our Western society are under pressure with these Fit-for-55 plans. The pillars of our economy are shaking. But the greatest danger lies in democracy. With this package of measures, citizens will no longer have any say in what our society should look like for the next thirty years. That is determined for him or her. And that is exactly the situation that the people of the former Soviet Union left behind thirty years ago.