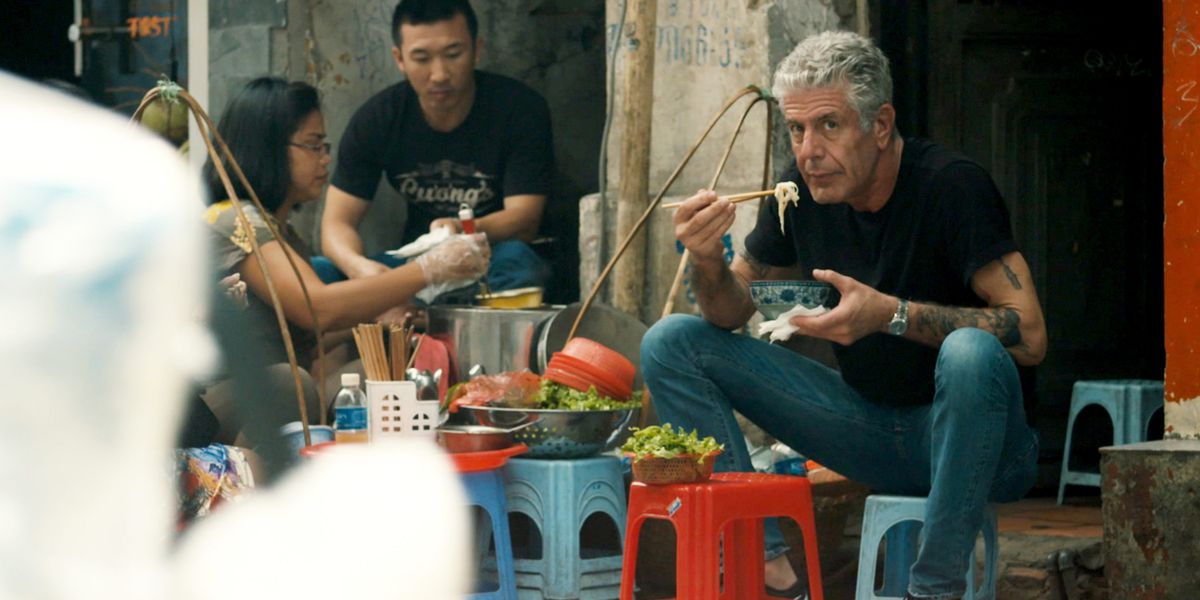 Éric Ripert became concerned when his friend Anthony Bourdain failed to show up for breakfast. Bourdain was a chef by trade, as was Ripert; Getting up early was in his blood and he didn’t skip meals. Besides, they had a busy day ahead of them. The duo had come to Strasbourg in France especially to shoot a new episode for Bourdain’s popular documentary series Parts Unknown.

After a while Ripert left his breakfast. Heart pounding, he walked up the stairs from the inn to Bourdain’s room. He was late: Bourdain had a lifeless look in his eyes and a rope around his neck. Bourdain’s suicide turned society upside down. Colleagues and diners — including Barack Obama, with whom Bourdain once ate noodles in a cheap Vietnamese street food — mourned the loss of the beloved host.

Bourdain grew up in anonymity. Like countless cooks, he spent day and night in the stuffy, sweaty kitchens of Manhattan’s most expensive restaurants. He gained notoriety with his book Kitchen Confidential, in which he spoke openly and honestly about the horrific working and living conditions of the restaurant world. He gained fame with his shows, No Reservations on Parts Unknown, in which he traveled the world in search of local cuisines.

Bourdain was not only a cook but also a poet. His shows weren’t so much about the food as they were about the people preparing it. “What does it mean to be human?” Bourdain wondered. “Can food – something we need and all love – close the gap between societies?” Bourdain never got a definitive answer to these questions, but he kept looking. Traveling from one destination to another, with no end stop in sight.

Roadrunner: A Film About Anthony Bourdain

Bourdain’s suicide came out of nowhere for many viewers. In hindsight, however, we should have seen it coming. No Reservations on Parts Unknown, extensions of Bourdain’s sensitive personality, had a melancholic undertone after all. “Sooner or later you’ll find out, so let me just tell you,” Bourdain once said during a shoot, “there’s no such thing as ‘all’s well that ends well’.”

From closure what fans have been looking for for years is finally here. Roadrunner: A Movie About Anthony Bourdain, a documentary about the chef’s life and the mysterious dialogue he had with himself before his suicide attempt, is now showing in cinemas across Europe and the US Interviews with friends, partners, mistresses and relatives provide context for the circumstances in which Bourdain took his own life.

Bourdain and Obama eat a $5 meal in Vietnam.

Roadrunner shows a side of Bourdain that we haven’t seen before. We know Bourdain as a tall, handsome, confident man who gets along with everyone and talks until they drop. At the beginning of his career, however, Bourdain was a completely different person. Lydia Tenaglia, a producer, describes the young Bourdain as a man-shy hermit who prefers to surround himself with pots and pans than others of his kind.

Bourdain wanted to explore the world. To evoke the apt picture painted by NPR journalist Jason Sheehan: “Bourdain had seen nothing of the world except the pans in which he sautéed onions and the bleak alleyway behind his restaurant where he smoked his cigarettes while he waited for the fishmonger to take his take daily orders.” The travel of No Reservations on Parts Unknown ended this life.

Roadrunner is a powerful documentary about a particularly tragic subject that sends thousands of viewers out of the cinema with wet eyes. But not everyone is happy with the choices director Morgan Neville made. The film is bursting with sound recordings of Bourdain, plucked from television programmes, interviews and home videos. But there are also a few sentences that Bourdain never said at all. An AI mimicking its voice takes these words out of its mouth.

Neville has the computer program read passages from Bourdain’s diary. SMS conversations and WhatsApp messages are also brought to life in this way. The director himself did not mind this. “I didn’t mean to use Bourdain as a mouthpiece,” he explains to the men’s magazine GQ. “I just wanted to animate the lyrics he wrote.” Neville said he got permission from Bourdain’s widow, Ottavia.

Ottavia, however, can’t remember anything about this conversation. “I don’t know who Neville spoke to,” the widow said in a tweet posted Friday morning. “But I was definitely NOT the one who gave him permission to do this. Anthony would have thought something like that was anything but cool.” The internet, moved by the documentary, is now wondering: was the recreating of Bourdain’s voice a nice tribute to the late chef, or an invasion of his privacy?

“The fact that the team behind Roadrunner Didn’t make it clear that parts of Anthony’s script are being performed by an AI,” said film critic Sean Burns, “speaks volumes about their business ethic.” Audience members shook their heads: “Not only is it unethical to plagiarize Bourdain’s voice using an AI, but Bourdain himself would never have approved of it,” reports a Twitter user.

This controversy is an indication of what Bourdain meant to his fans. His influence on viewers lives on, even years after his death.

Curious about Roadrunner: A Movie About Anthony Bourdain? Watch the trailer for the documentary here!