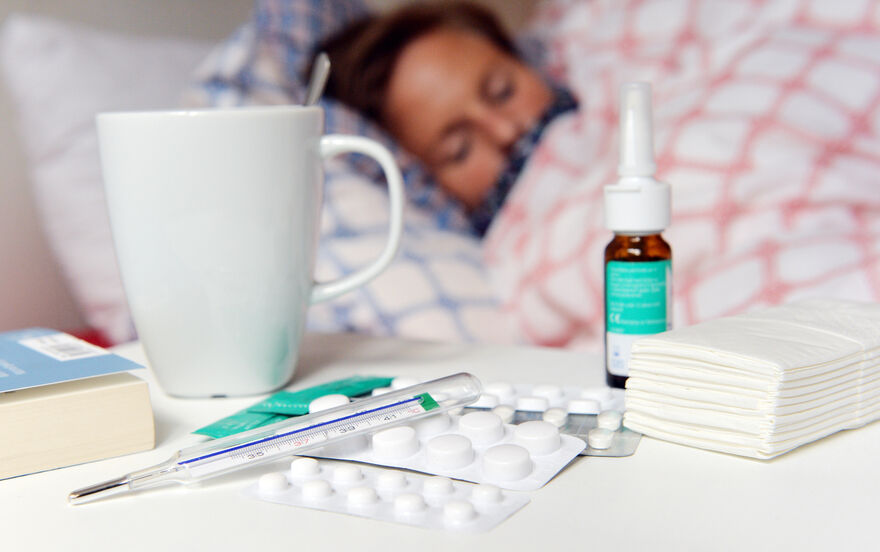 According to the RKI, the 2022 flu season in Germany cost the lives of 34 people, and around 18,000 influenza patients have been registered so far.

In Germany, comparatively few people have contracted influenza during the current flu season. As can be seen from the current figures of Robert Koch Institute shows, in the period from October 2021 to early July 2022, 17,953 influenza cases were registered nationwide. Although that is significantly more than in the same period last year, in which, however, because of the Corona-Pandemics Exit restrictions and strict hygiene rules applied, but far less than in the years before the pandemic.

According to the RKI, 34 people died from influenza in the current flu season, which is also significantly fewer than in the years before the corona pandemic. Around 3,200 people became so ill with the flu that they had to be treated in hospital.

34 flu deaths in the current season

A massive one flu epidemic, which had been feared by individual experts, has therefore not materialised. Only “from the 17th week to the 20th week of 2022, the virological criteria of a flu epidemic were met, with the influenza activity remaining low,” says the current weekly report of the RKI. The 17th calendar week began on April 25, 2022. In the case of influenza, a high number of undetected and unreported cases is generally assumed.

The health policy spokesman for the FDP parliamentary group, Andrew Ullmann, recently called for preparations for a possibly particularly severe flu wave this fall. “We have to prepare for the winter and that includes not only a good vaccination campaign against Covid-19 but also voluntary flu vaccination,” he said. “A flu epidemic that reaches a similar dimension to that of 2017/2018 is quite realistic.”

According to the Robert Koch Institute (RKI), the worst flu outbreak in decades was rampant at that time. It is estimated that around 25,000 people died. In the past two years, the flu waves have failed completely. There are currently high flu numbers in the southern hemisphere. He also expects this in the northern hemisphere in winter, said the infectiologist. “And that wave hits a population that hasn’t been immunized against influenza for at least two years. Although some have been vaccinated, the immunization rate is too low.”

These are the symptoms of flu (influenza)

Influenza is a serious respiratory disease caused by influenza viruses. According to the German Lung Foundation, it can even be fatal under certain circumstances, especially if the patient is old or already has previous illnesses.

Course and duration of an influenza illness

According to the RKI, a sudden onset of the disease with fever, muscle pain and/or headache is typical of influenza. A dry, hacking cough often occurs a little later.

However, not all infected people fall ill as typically. According to the experts, about a third of those infected fall ill with the symptoms mentioned, a third show milder symptoms such as those of colds and a third develop no symptoms at all. Older people in particular often do not get a fever when they have the flu.

According to the Lung Foundation, it can take two weeks or more before you are completely healthy again. And even after that you often don’t feel quite productive (“delayed flu”).

There is a vaccination against influenza, but it has to be renewed every year in good time before the influenza season.