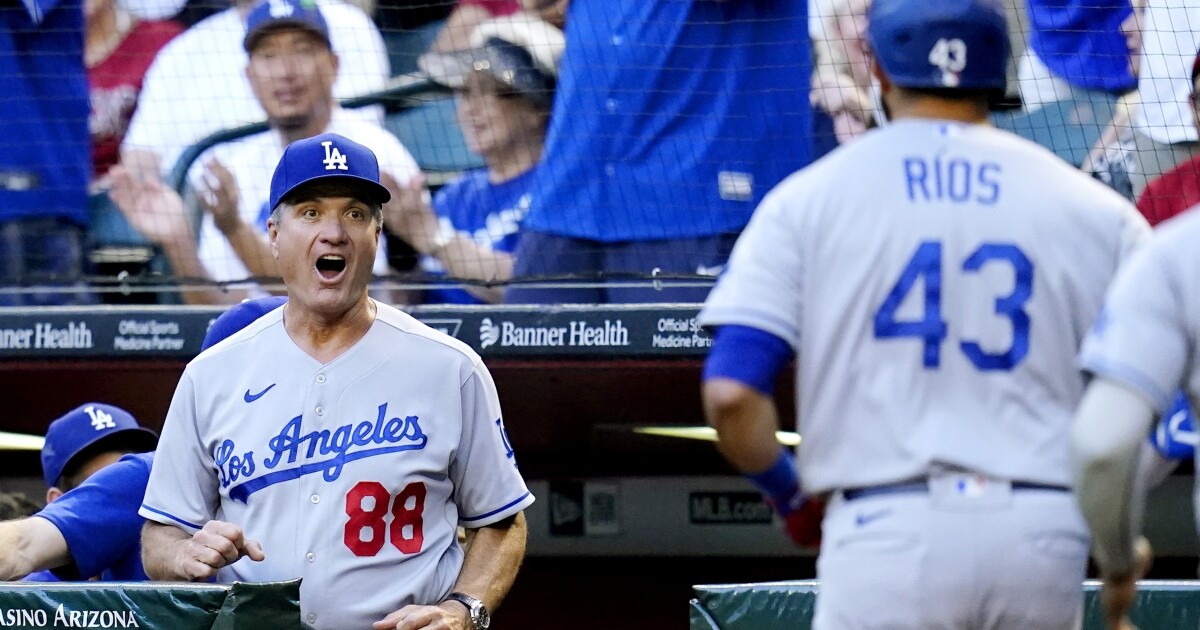 Edwin Rios and Mookie Betts hit back-to-back homers in the second inning, Trea Turner hit it out of the park in the sixth, and the Los Angeles Dodgers beat the Arizona Diamondbacks 6-4 on Friday night.

It was the second victory of the series for the Dodgers, who the day before broke their record for hits of the season, 24, by sweeping the Diamondbacks 14-1. Although the game was not so lopsided this time around, Los Angeles was in control for much of the game.

Ninth in the batting order, Rios hit Madison Bumgarner’s fastball over the right-field wall for a three-run homer that gave it a 3-0 lead. It was his sixth home run of the season. Betts followed his example with a solo shot and extended the lead to 4-0.

The win went to Brusdar Graterol (1-2), who overcame a bases-loaded situation and gave up a run on a sacrifice fly. Bumgarner (2-3) took the loss.

For the Dodgers, the Dominican Hanser Alberto 4-1, with a run scored. Puerto Rican Edwin Ríos 3-1, with two runs scored and three produced.