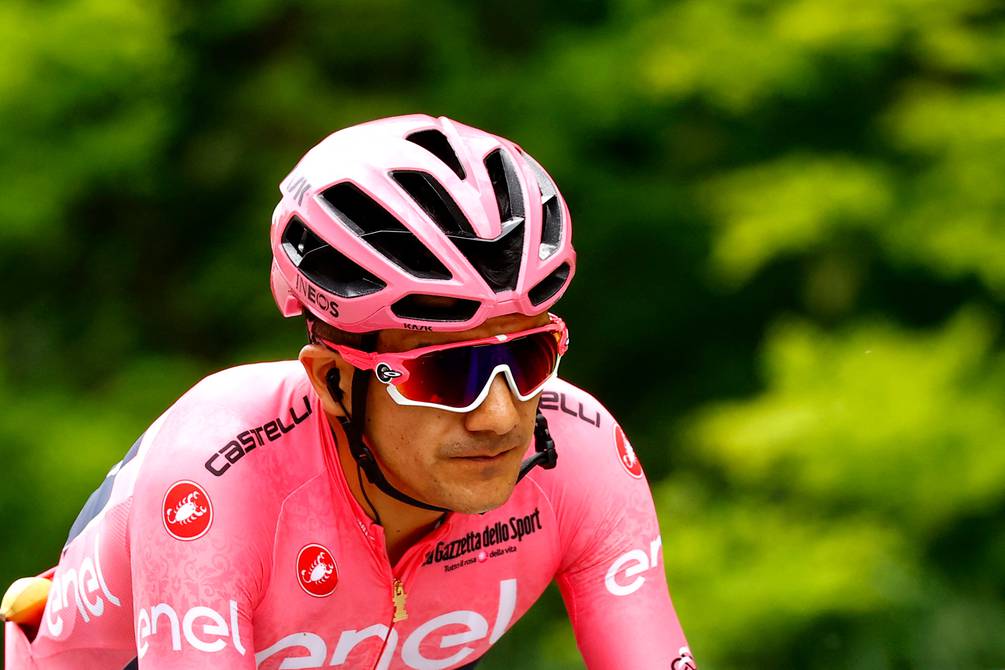 ‘Richard Carapaz suffered the unspeakable three kilometers from the finish line; Jai Hindley, virtual winner of the Giro 2022’, according to the international press | Other Sports | Sports

The Australian Jai Hindley (Bora) will arrive this Sunday with everything in his favor at the start of the time trial, corresponding to the 21st and last stage of the Giro d’Italia, with an advantage of 1 minute and 25 seconds over the Ecuadorian Richard Carapaz (Ineos), who was the leader of the competition general since the fourteenth stage.

Carapaz, current Olympic champion in the road modality, and who already won the Giro in 2019, lost the lead in the general classification this Saturday in the penultimate stage, which was won by the Italian Alessandro Covi (UAE) in Passo di Fedaia. This Sunday the final time trial will be 17.4 kilometers and will use the Torricelli circuit in Verona, which was already used in the 1999 and 2004 World Cycling Championships.

Another Australian, Richie Porte (Ineos), abandoned the Giro on Friday during stage 19, depriving Carapaz of one of his lieutenants in the mountains. Porte, who announced that he would be riding his last Giro, fell behind during the first of the ascents on the program for this 19th stage, between Marano Lagunare and the sanctuary of Castelmonte, near Cividale del Friuli, to the northeast.

Regarding the Ecuadorian’s options, several international newspapers believe that the Giro, in its 2022 edition, virtually belongs to the Australian Hindley, who now wears the sweater rosa of overall leader.

‘Hindley sentences the Giro, Carapaz sinks and Landa remains on the podium’, he titled Sports worldfrom Barcelona, ​​to a note in which he comments the following: “Hindley did the honors of the queen stage by snatching the pink sweater Ecuadorian Richard Carapaz was the leader at the top of the Marmolada (Passo Fedaia), where the Italian Alessandro Covi (UAE Emirates) signed the partial victory and the Spanish Mikel Landa certified third place on the podium”.

See also  Erik Breukink: 'Without Mathieu van der Poel, everything will be different'

Added the Catalan newspaper, in its digital edition, that “the battle was slow to come, but, when it came, Hindley turned into a hurricane after a whiplash that allowed him to dethrone Carapaz, put on his sweater rosa and become a virtual winner of the Giro 2022″.

From the performance of the Carchi Locomotive, Sports world He said: “Carapaz yielded, very fair in strength, without reaction. Serious trouble for the cyclist from Carchen, suffering the unspeakable with very hard sections to the top. The Australian cyclist was flying, at another level in the decisive section. The Giro was fading for the 2019 winner, and it was getting closer for Hindley, second in 2020. Finally, the Marmolada was in a way a graveyard of champions, since it buried Carapaz’s options in the general classification, now 1 minute, 25 seconds behind Hindley, in the absence of the Verona time trial of 17.4 km, where the pink sweater it will become a winged outfit for the Aussie.”

This was the header AS, from Madrid: ‘Hindley sentences the Giro before the collapse of Carapaz and Landa’. He highlights that “Jai Hindley sentenced the Corsa Rosa with an attack in the right place and at the right time, which, together with the complete collapse of Richard Carapaz and Mikel Landa, will give it its first overall in a Grand Tour”.

For the special envoy of AS, “It is clear that the Giro is over. Hindley attacked with 4km to go. Landa was unable to react and was ruled out of victory. It only remained to be seen what the Carchi Locomotive would be capable of, and the answer was immediate. The Bora team (of the new general leader) embroidered the strategy, with a Kämna that dropped from the break to provide a great relief to Hindley, which left Carapaz completely empty about 3 km from the top”.

See also  Boomstra World Drafts Champion for the third time: 'No doubts for a moment'

‘The title to the pocket’

Time, from Bogotá, titled: ‘Giro d’Italia 2022: Jai Hindley dethrones Richard Carapaz from the leadership’. It is reported that “Carapaz had a hard time 3 km from the end, Hindley left and the Ecuadorian suffered. The Ineos leader lost much of his chance to win the second Giro. Alessandro Civi went for the stage and Hindley for the pink jersey and put the title in his pocket. The difference between the Australian and the Ecuadorian was 1 minute, 25 seconds, but Landa is close.”

For The viewer, also from the Colombian capital, “with a 1 minute and 25 second advantage, it seems unlikely that Hindley will lose the title. On the other hand, the dispute for second place will be tight, since only 26 seconds separate Richard Carapaz from the Spanish Mikel Landa, third, at 1 minute and 51 seconds”.

Like other media in the world, this newspaper speaks of the key moment of the penultimate stage of the test: “Hindley launched a forceful attack 3 kilometers from the finish line. Carapaz tried to react and held on for a few metres, but ended up giving in to the power of the Bora rider, who could become the first Australian to win the Giro this Sunday”.

According to La Gazzetta dello Sport, “Carapaz did not respond to the attack, on the contrary, he suffered the blow. Hindley takes off Carapaz: it’s the new pink shirt”. And the Roman newspaper Corriere dello Sport He added about the change in the overall leadership: “Jai Hindley took the pink jersey from Ecuadorian Richard Carapaz, who mortgaged his victory in the Giro.” (D)