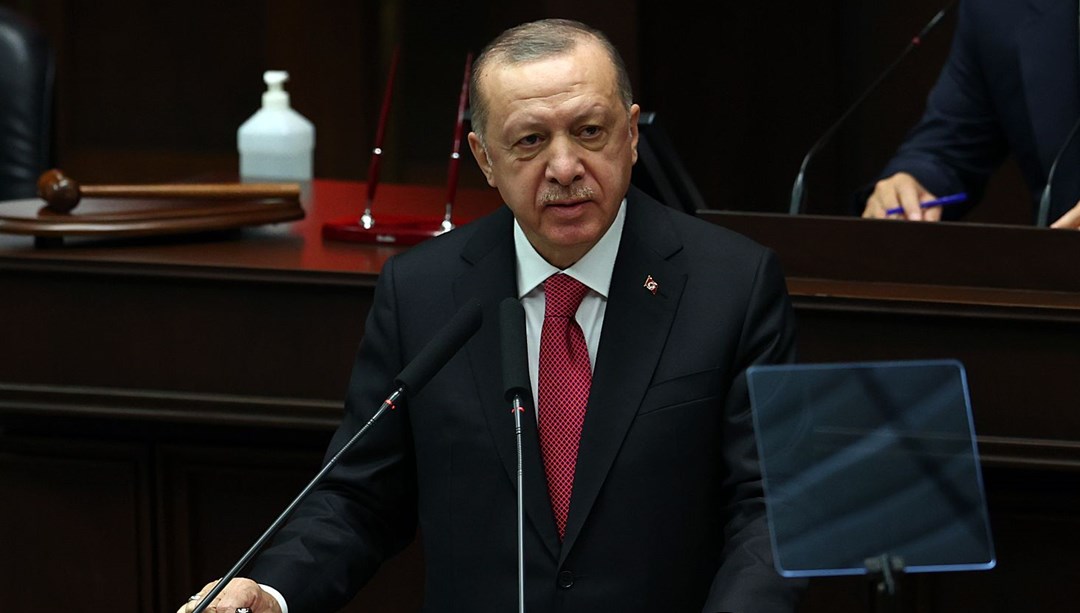 AK Party Chairman and President Recep Tayyip Erdogan made statements at the group meeting of his party.

At the beginning of his speech, Erdoğan announced that they would restart the fragmented breakfast meetings with the deputies on 24 June.

“Turkey has secured its southern borders. He gave the most effective answers to the attempts to imprison our country on its shores. Our Assembly, which was honored with the title of veteran twice, once in the War of Independence and once on July 15, has gone through difficult times. We did not confine Turkey’s agenda to scenarios constructed in dark places. We did not allow the direction to be drawn to our country.

The person sitting in the chair of the CHP General Presidency yesterday, voiced his claims about the cesspool from the rostrum of the Assembly. It is only the job of those who consider themselves worthy to go after the slanders that have been expressed and the people who brought them forward.

”THEY BELONGED TO CRIMINAL ORGANIZATIONS”

Those who despaired of the nation, and the terrorist organizations that they are deeply involved in, should not have been enough, now they rely on criminal organizations.

We did not allow our country, neither the organizations used as pawns by this or that foreign power, nor those who were written as volunteer extras for this dirty scenario, to draw the direction. We are the only party in Turkey that has fought hand to hand against single-party fascism, tutelage and coup plotters, terrorist organizations and organized crime networks.

When we look at the segments in the world today who slander our country in the international arena and try to patch up a crime, we see that there are three or four organizations behind them. We have faced and failed our fight against terrorist organizations and criminal organizations, the threats against our borders, the attacks targeting our sovereignty, together with our nation, not with the help of someone else. On behalf of Turkey’s future, we leave it to our nation to appreciate the small projects, programs, efforts or even dreams of those we have not heard of and jumping at scenarios put into circulation through organizations.

We will get rid of this mucilage just as we made it possible to swim and fish in the Golden Horn. Samples taken from above and below the water were started to be examined. Inspections at waste facilities were intensified.

We will clean the Marmara Sea by declaring the entire Sea of ​​Marmara a Conservation Area and bringing our wastewater treatment systems to the most advanced technology. Hopefully, we will complete our Strategic Plan, which includes our roadmap to bring a permanent solution to the mucilage issue, within three months.

“We will hold talks with the leader, especially Biden. Our only expectation from the countries in the alliance is to respect our country’s sovereign rights and security. By conveying this determination to our interlocutors, we will repeat our offer of cooperation in the fight against terrorism.