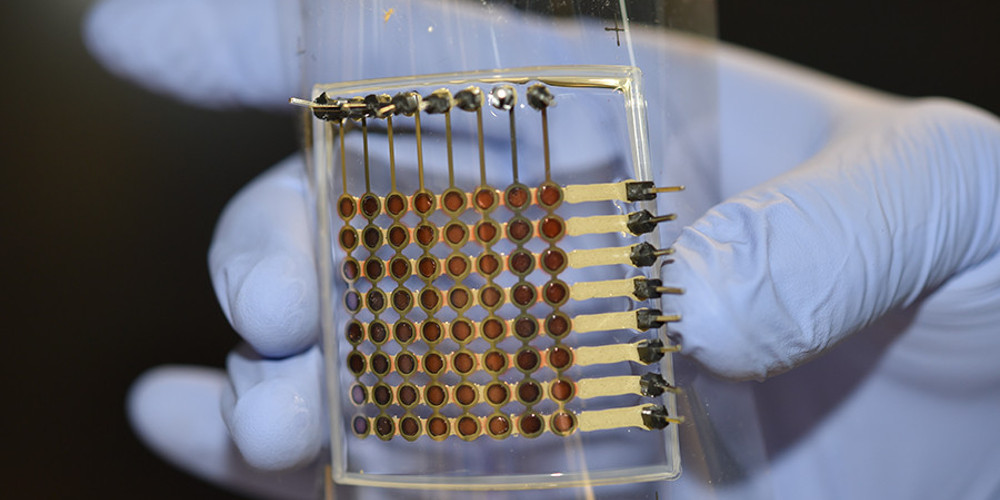 Will the days of electronics stores soon be over? American scientists predict: In the future, everyone will be able to produce flexible OLED displays themselves – with a 3D printer!

This OLED display was created entirely in a 3D printer.

3D printers are a fascinating technology that opens up completely new possibilities in many areas. Their development is proceeding at an enormous pace. The printers are getting faster and more sophisticated and can sometimes cope with completely new dimensions. The production of entire components at the push of a button is no longer a vision of the future. Researchers have also achieved astonishing successes in the electronics sector, but the project by the scientists at the University of Minnesota Twin Cities has reached a whole new dimension in this area: The team has succeeded in creating a flexible organic light-emitting diode display (OLED) in 3D print. The results of the subsequent test were astonishing.

These innovations will shape the future

In an OLED display, an organic material layer is used to convert electricity into light. The result is digital advertisements that can be designed flexibly and are already widespread in everyday life. Among other things, they are used for television screens and monitors. Smartphones are equipped with them on a smaller scale. The advantages are obvious: They are light, energy-efficient, thin and flexible. At the same time, they offer a wide viewing angle and a high contrast ratio.

However, the production is not entirely inexpensive. “OLED displays are typically manufactured in large, expensive, and extremely clean production facilities,” says Michael McAlpine, professor in the Department of Mechanical Engineering at the University of Minnesota. “We wanted to find out whether we could simplify all of this and print an OLED display on our table-top 3D printer.” Table-top printing is an understatement, however. Because it is of course not a commercial model, but a custom-made model. According to McAlpine, the device cost about as much “as a Tesla Model S.”

Before developing this 3D printer, the team had started several similar tests, but none of them brought the desired results. The uniformity of the light-emitting layers in particular turned out to be difficult. Other teams only achieve good displays by using other methods, such as spin coating or thermal evaporation.

The researchers therefore went a new way and decided on two different printing processes to print the six required layers of the components: They printed the electrodes, the connections, the insulation and the encapsulation using the extrusion process, while they sprayed the active layers at room temperature. The highlight: They succeeded in combining both processes in the special printer so that the prototype could only be produced with this one device. The display was about 1.5 inches on each side and had 64 pixels.

OLED display in the function test

That was the theory, but the practical test was decisive, and it even surprised the scientists: every pixel worked and displayed light. “I thought something good would be created, but not a fully functional display,” said Ruitao Su, who was in charge of the project. “But then it turned out that all the pixels were working and I was able to display the text I had designed.”

As desired, the display, which was created using the 3D printing process, is flexible. In addition, it can be packaged in an encapsulating material, which is why it is suitable for a large number of applications. “The device showed relatively stable emission over 2,000 flex cycles, suggesting that fully 3D-printed OLEDs could potentially be used for important applications in soft electronics and for wearable devices,” says Su.

Portable 3D printer as a vision of the future

Next, the researchers want to adapt 3D printing so that they can produce displays with higher resolution and more brightness. “It’s not hard to imagine that within a few years we could transfer this process to a small portable printer to print all kinds of displays at home or on the go,” says McAlpine.