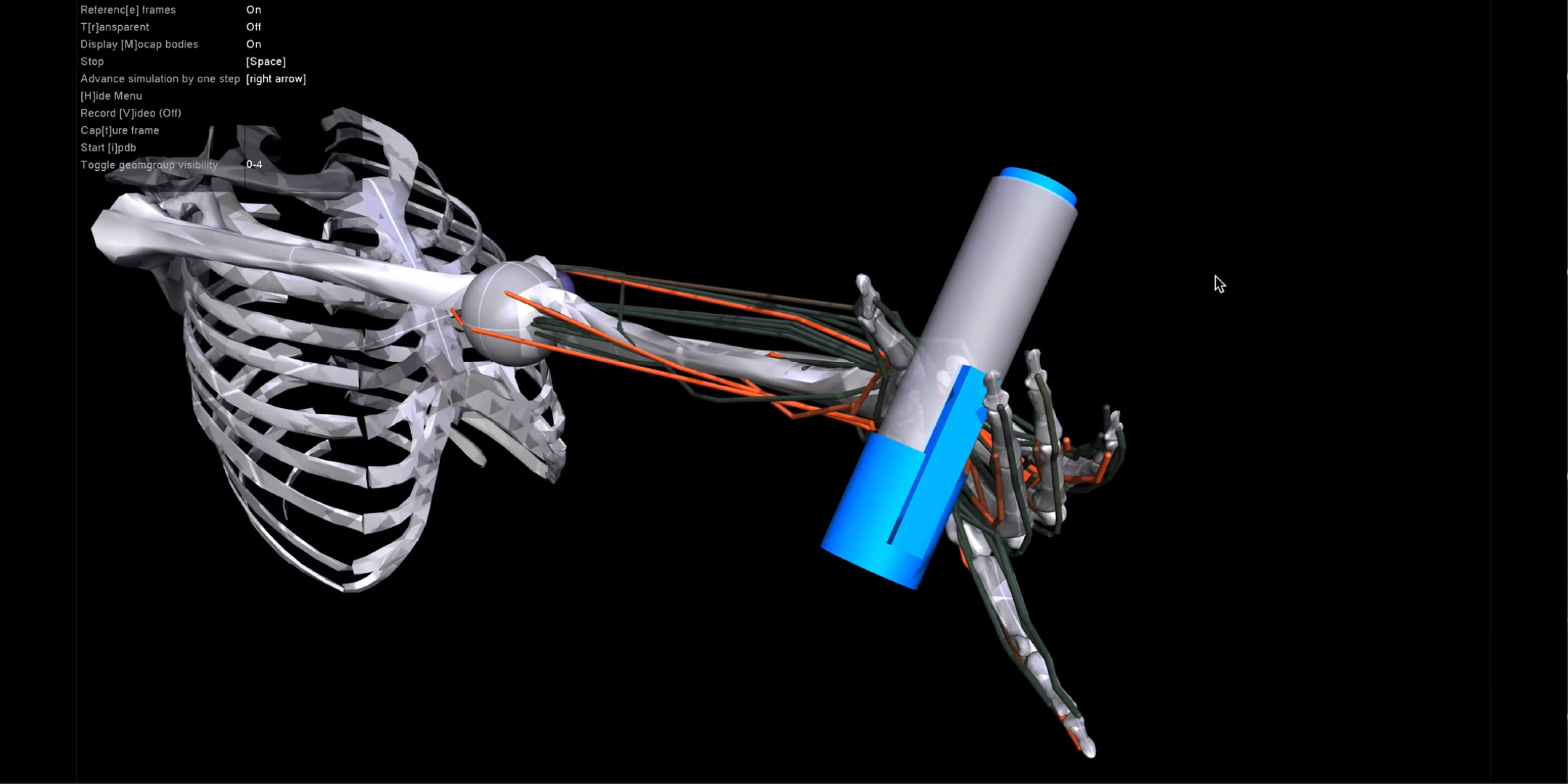 Researchers from Meta AI and the University of Twente have developed MyoSuite, an AI platform that unifies neural and motor intelligence

On May 23, Mark Zuckerberg announced that researchers from Meta’s AI Research Lab and the Neuromechanical Modeling and Engineering Lab at the University of Twente in the Netherlands, led by Professor Massimo Sartori, had collaborated the development of an open source framework called “MyoSuite”, which combines advanced musculoskeletal models with advanced AI. MyoSuite’s AI-powered digital models can learn to perform complex movements and interactions with assistive robots, which would require extensive experimentation on real human subjects. They titled their study “ Myosuite, A contact-rich simulation suite for Musculoskeletal motor control ».

The motor behavior of an intelligent being is complex. To apprehend it, Drs. Vikash Kumar and Vittorio Caggiano from Meta AI Research teamed up with the
Professor Massimo Sartori as well as Drs Huawei Huang and Guillaume Durandau from the University of Twente, Enschede, the Netherlands to develop MyoSuite: a set of musculoskeletal models and tasks that allow the application of ML to solve biomechanical control issues. MyoSuite combines the two faces of intelligence: motor and neural.

Biomechanics aims to study the functions and properties of the movement of the human body, it is very useful for creating equipment adapted to the human body (seats, desks, cars, etc.), improving sports performance, in the field of health, etc.

However, human biomechanics are very complex and require efficient coordination between the central nervous system, where decisions are synthesized by networks of billions of neurons, and the peripheral musculoskeletal system, which translates these intentions into actions.

There are in silico frameworks which, like OpenSim, contain physiologically detailed musculoskeletal models, however they do not have the capacity for complex interaction with the physical world outside the agent’s body. . According to the researchers, “These existing frameworks are neither integrated into complex and skillful motor tasks nor computationally efficient or scalable enough to satisfy the data needs of ML algorithms. MyoSuite fills these gaps. »

The MyoSuite platform was designed to study the physiological details behind musculoskeletal motor control. It includes a complete set of precise musculoskeletal models that take into account musculoskeletal dynamics and their temporal interactions, such as muscle fatigue or sarcopenia, which affects humans around fifty, when muscle mass and strength decrease significantly, leading for example to impaired gait as well as everyday behavioral tasks, injury rehabilitation and prosthetic/exoskeleton assistance.

MyoSuite’s musculoskeletal models are according to the team up to 4,000 times faster than other simulators in meeting the data demands of modern ML algorithms.

MyoSuite synthesizes behaviors, but can also facilitate applications with real-world implications, such as rehabilitation, surgery, and shared autonomy assistive devices.

The researchers took the example of a tendon tear, MyoSuite modeled tendon transfer, a common technique for recovering functionality due to a torn tendon. She then simulated the result of surgery and the impact it will have on functional rehabilitation.

This research could have a significant impact for the development of prosthetics and post-traumatic rehabilitation, because MyoSuite generated physiologically realistic movements, such as spinning a pen or manipulating Baoding balls, in great detail. The team has released it as open source and will soon launch MyoChallenge, a NeurIPS competition track where the ML community will be invited to participate in solving two of the most difficult dexterity challenges: reorienting the die and simultaneously rotating the two balls from Baoding.