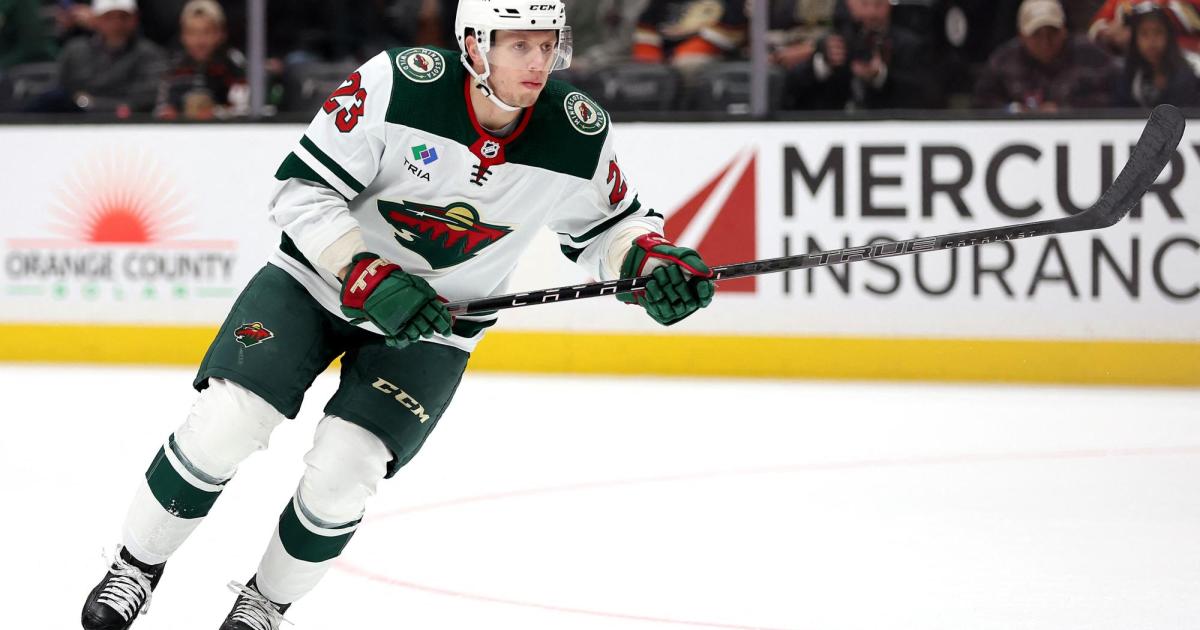 Rescheduling in Minnesota: Rossi will likely have to be relegated to the AHL

Marco Rossi was not on the Minnesota Wild roster for the third straight NHL game. The 21-year-old from Vorarlberg did not make the squad again in his club’s 6-1 home win against the Winnipeg Jets on Wednesday (local time) as a “healthy scratch” and is likely to be sent down to the AHL. Wild’s general manager Bill Guerin confirmed these considerations.

“We’re not ready to send him to Iowa yet. I can’t say if something will happen in the next day or two or in the next week. But we’re constantly in communication about what’s best for Marco. He missed two or three games now, it’s not the end of the world,” Guerin explained.

Coach Dean Evason also claimed that a temporary AHL commitment by Rossi would not be tragic. “There is nothing wrong with a player not playing, it does not mean he is not considered for the whole season,” says Evason.

Rossi wants to be patient

Rossi, who has two assists in 16 games this season, would like to stay in the NHL. “I know what it’s like here, I know the whole environment. I can gain experience here. Especially as a young player you can learn a lot here and I feel very comfortable here. My teammates are around me. Some of them have also already been in this situation like me now and they know how to handle it. There are always ups and downs in a hockey career,” Rossi was quoted as saying on the NHL website.

The youngster is convinced that he will emerge stronger from the current misery. “The most important thing is patience and perseverance. And I have that,” Rossi said. His current role is “a bit frustrating because I’ve never been in a situation like that. Of course you always want to play, you want to go out there. You get hungry watching, on the other hand, from the outside look, then you look at the game differently.” He tries not to put too much pressure on himself, Rossi added, speaking of a process he had to go through.

Rossi’s endorsement came from Austria’s former NHL star Thomas Vanek. “You just have to go through with it. My number one piece of advice is to keep going. At the end of the day, hockey is about confidence and it doesn’t just come from the coaching staff, you have to earn it.” Vanek told The Athletic. “If he’s back and hopefully can perform in a game or two, I still think he’ll hit the ground running.” Vanek lives with his family in Minnesota and says he was last in text contact with Rossi.