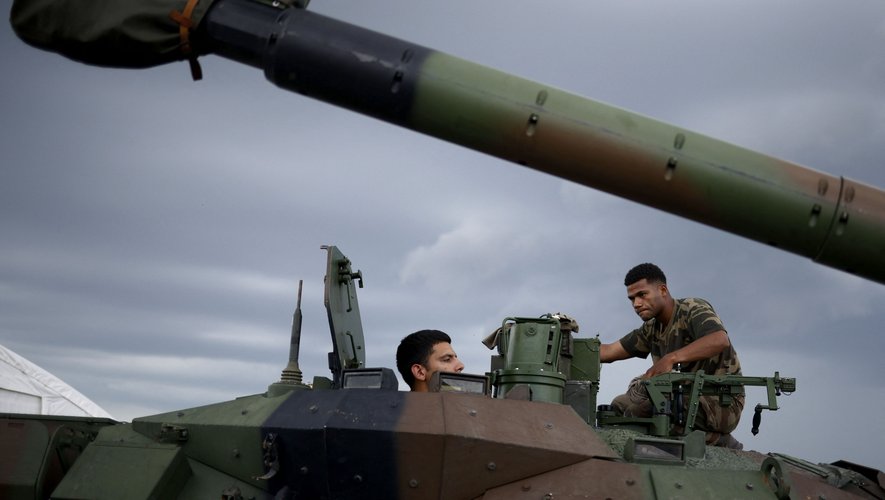 REPORTAGE. War in Ukraine: diving in the heart of the NATO base which will accommodate 250 soldiers of the 8th RPIMA of Castres

the essential
In Romania, on the shores of the Black Sea, NATO is building its largest base in Eastern Europe in order to protect itself from attacks from Russia in particular. Next week, 250 paratroopers from the 8th RPIMA, from Castres, will be sent there.

Brandon, Rémi and the two Pierres still remember that night from February 24 to 25, 2022. They were then in the middle of night maneuvers, in Gap, when their superior told them that they were going on a mission. Russia has just launched its offensive against Ukraine. No time to say goodbye to family, loved ones. Their packages are done in less than an hour. In the morning, they are in a military plane heading for Romania, more precisely the base of Mihail Kogalniceanu on the shores of the Black Sea near the seaside town of Constanta. This same base in which Emmanuel Macron spent the night from Tuesday to Wednesday.
In a few days, 500 French people settled here under the aegis of NATO. At their side, Americans, Romanians, Belgians, Italians and British. It is then a question of preventing the conflict from spreading beyond the borders of Ukraine, into the member countries of NATO.

“Initially, we were going to war,” says Colonel Vincent Minguet. But the days go by and… nothing happens. It’s minus 10 degrees. Around the camp, the expanses of wild grass, which serve as a training ground, quickly give way to fields of mud. On this American base rented to NATO, life gets organized very quickly. The machines are digging down, the serviced areas are constantly progressing.

“It can degenerate quickly”

“When we arrived, we considered all modes of action. Curbing the Russian offensive, with what means, what armaments, in what timing?”, explains the colonel, very educational. It was also necessary to consider the responses to provocations, to attacks under false flags, that is to say those attacks for which the enemy is held responsible… From now on, it is no longer a question of intervening in an emergency. “That was the hardest thing to make the troops understand,” explains Colonel Vincent Minguet.

“It’s true that it’s ups and downs in terms of adrenaline,” smiles Pierre, 22. Everyone resumed training. “We look at the fighting in Ukraine, explains the colonel, and we see that if the fight in small section still works, the conflict is characterized by the use of ultramodern means such as the use of lasers, drones. We must continue this mixture of rusticity and modernity”. He adds: “So we remain in a deterrent position because, as I tell my men: it can degenerate quickly. You never know in which direction the war will go and often it escapes the hands of those who created it. . History teaches us that.”

At the same time, the earthmoving machines continue their work. Today, Mihail Kogalniceanu looks like a tent city. It was under one of them that President Macron slept on Tuesday evening. “It was so weird to sleep next to him,” smiled a soldier.

Near the three kilometer long track, the French are building a veritable technical hub and as of next month, the Americans will accommodate more than 4,000 men. The place is destined to become the largest NATO base in South Eastern Europe.

“Our goal now is to integrate more robust capabilities, for example heavier tanks,” explains the colonel. It is here that the latest generation Mamba surface-to-air defense system has already been deployed, which can send missiles over 100 km.

“The Romanians are reassured to know that we are there”, assures Colonel Minguet who recognizes however: “they do not want the base to be reinforced too much because they fear that it will appear as a provocation” in the eyes of the Russians.

On Monday, the mission of Brandon, Rémi and the two Pierres ends. They will return to Gap and will be replaced by two hundred and fifty paratroopers from Castres. France settles in Romania for several years.