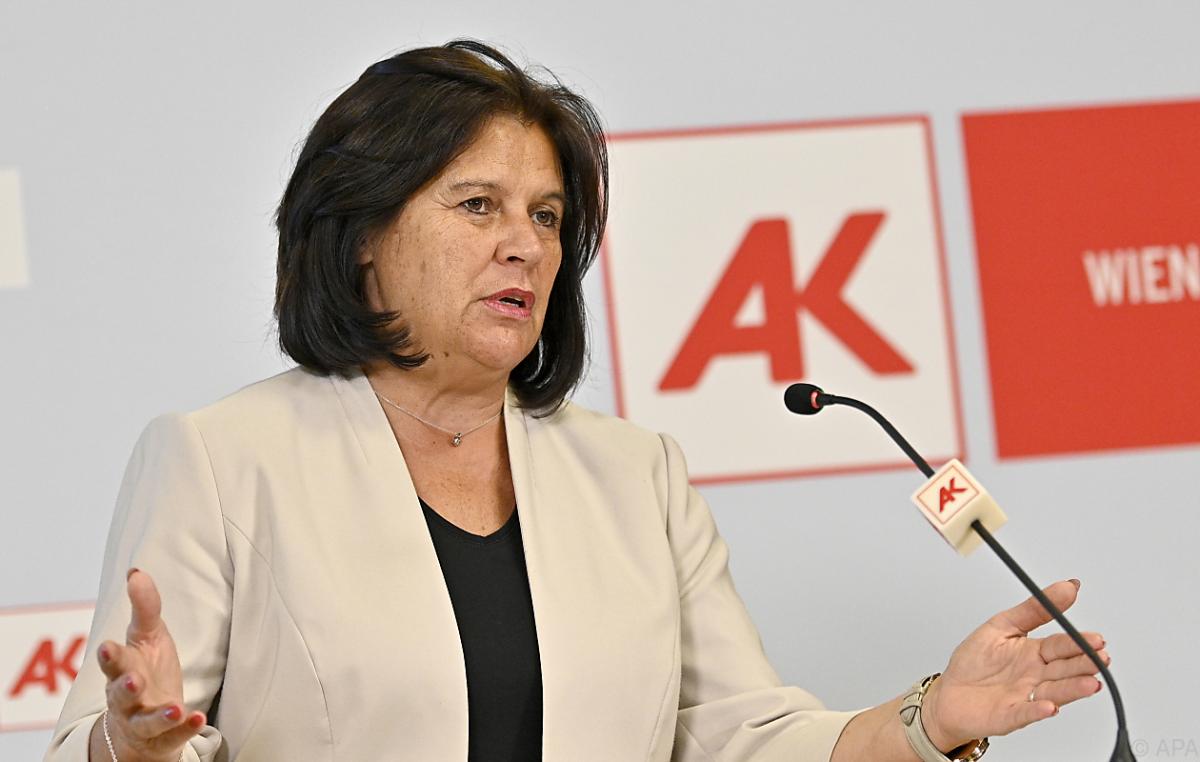 Renate Anderl: Part-time workers are often the “plaything of the economy”

In an APA interview at the turn of the year, Renate Anderl, President of the Chamber of Labor, calls on the government to launch a training offensive instead of tightening the reasonableness provisions.

With unemployment benefits, 70 percent of the previous earnings are the minimum for them, then you would also be willing to talk about a degressive benefit. Anderl wants to redesign part-time, among other things, by changing the calculation period.

Women as the “plaything of the economy”

Labor Minister Martin Kocher (ÖVP) recently described an increase in working hours, especially for women, as a way of combating the labor shortage. That pisses off the head of the Chamber of Labor. Because a lot of women would desperately try to increase their part-time work, but would not get a chance from their employers.

Because part-time workers are often the “plaything of the economy”. In other words, they would work full time and only get time off when it was just right for the employer. The calculation periods are far too long. Overtime would actually have to be paid out as such.

Anderl thinks nothing of a change in the reasonableness of the unemployed, as these are sharp enough in Austria. Rather, employers would have to change framework conditions themselves in order to get staff. In parts of the restaurant business, the circumstances are “catastrophic”. Nursing is not just about money, but also about the ability to plan services or the ability to adequately care for the patient.

If Anderl has its way, the government would have to start a personnel offensive in this area in particular. She also sees a need for action in childcare facilities. There, the educators and children were forgotten in the entire pandemic, also when protecting them. A serious attempt was not even started with tests. Anyway, a change is needed in the entire system. The current federal / state agreement is far too vague, a binding framework is needed, e.g. with regard to opening times, because an extension here, analogous to the example of Vienna, would enable full-time employment for women.

More staff required in the AMS

As for the degressive unemployment benefit considered by Kocher, Anderl emphasizes that the Chamber of Labor was never averse. The key question is where to start and where to stop. A 70 percent net replacement rate, which would be a significant increase compared to the current situation, is the minimum for the AK boss: “It can also be significantly higher.” The current 55 percent rate should not be undercut, even with a degressive model. In any case, Anderl bothers that people constantly pretend that people are voluntarily unemployed.

Better mediation would make sense. If the AMS is still discussing whether to implement the planned downsizing, that is the wrong way to go: “We need a lot more staff there.”

It was also discussed this year whether there should be a deletion of additional earnings in addition to unemployment benefits. Anderl doesn’t always say no here: “You have to look carefully here.” By this she means that not everyone should be affected by a deletion – especially not those with particularly low incomes.

No thoughts about another period yet

Anderl’s New Year’s wish concerns a safeguarding of the welfare state. During the corona crisis, he showed “that he is catching us”. The government’s job will be to ensure its funding. Anderl doesn’t have such a bad impression of the new Chancellor. Karl Nehammer (ÖVP) has already looked for a conversation and wants to maintain the dialogue, the AK boss sees a positive signal. The Chancellor will be reminded that he himself comes from the Workers’ Union of the People’s Party.

The AK president leaves it open as to whether she will run for a second term. She is so challenged in the pandemic that she has not yet given any thought to it.