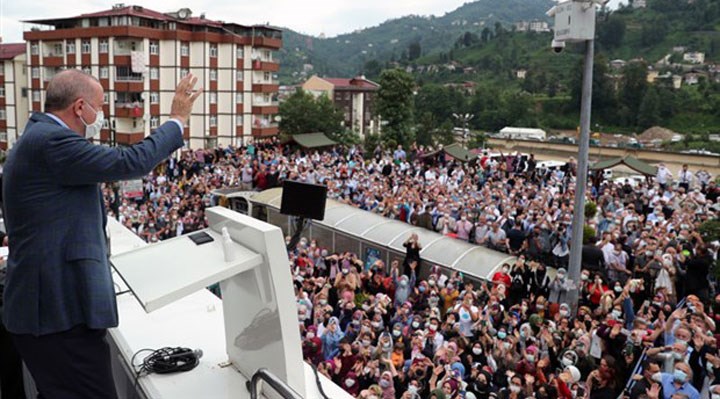 ‘Religious voters’ are also moving away from AKP

In the latest survey published by Metropoll Research, it was seen that ‘religious voters’ who had previously voted for the AKP were in different pursuits. Among this group of voters who voted for the AKP in 2018, the rate of those who said that if there were an election this Sunday in October-December, they would vote in favor of the AKP remained at 63 percent. It is noteworthy that the tendency of indecision has increased among all religious voters.

Founder and director of Metropoll Research, Prof. Dr. Özer Sencar shared his research on the orientation of ‘religious voters’ on his social media account.

Accordingly, if you voted for AKP in 2018 and this was the “Sunday election, which party would you vote for in the January-March 2021 period?” While the rate of those who gave the AKP answer to the question was 73.2 percent, this rate showed a decreasing trend towards the end of the year.

Religious voters, who moved away from the AKP, turned towards the CHP and the IYI Party, while some stated that they would vote for the MHP. However, the backlog of undecided people drew attention; 22.9 percent of the voters who voted for AKP in the previous election took place in the ‘undecided, protest vote or no answer’ column.

The increase in the tendency of indecision among all religious voters drew attention. The rate of religious undecided voters, which was 17.9 percent in the January-March period, reached 28.4 in October-December.

The data of Metropoll Research’s study on religious voters are as follows: 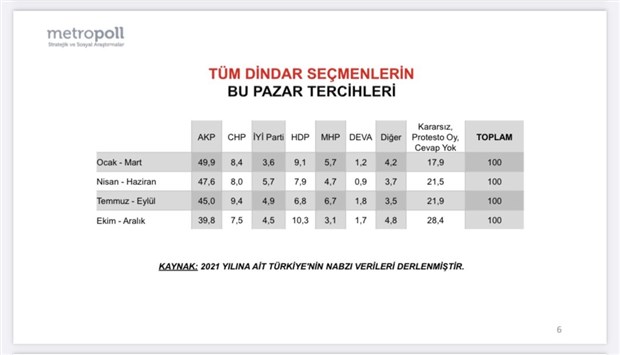 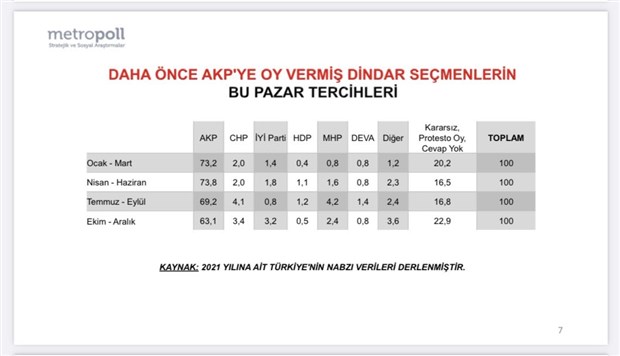 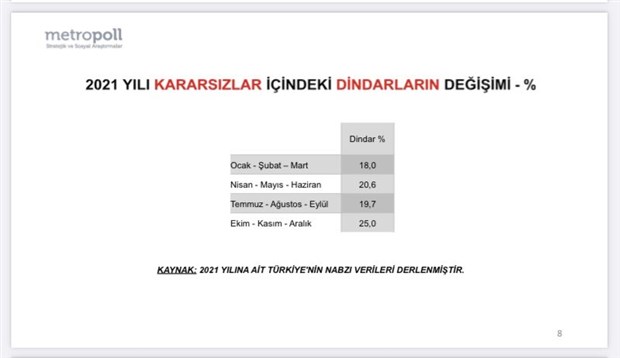