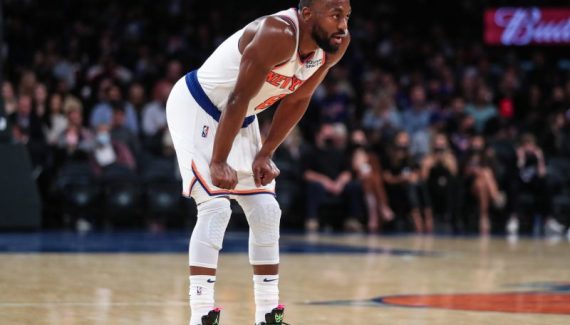 Released by Detroit, Kemba Walker will be a free agent

A week after being traded by the Knicks, Kemba Walker will already leave the Pistons.

A few hours before the opening of the free agency, ESPN effectively indicates that the quadruple All-Star and his future ex-leaders will agree to an amicable breach of contract. He was due to get $9.2 million in 2022/23, on top of the $27.4 million the Thunder still owes him!

Clearly, once his severance pay has been negotiated, the former leader of the Hornets and the Celtics can then engage with the franchise of his choice. It remains to be seen which team will give him a chance, probably at the minimum salary, as he comes out of the worst season of his career with New York: 11.6 points, 3.0 rebounds and 3.5 assists on average, 40% on shots, 37% at 3-pts and 85% on free throws.

Losing momentum for a year, the experienced Kemba Walker can still provide some service in attack, but his limits in defense today make it difficult to use, while his physical fragility does not help either. Some rumors announce it in any case on the side of Los Angeles, where the Lakers would be ready to revive him off the bench…

See also  POL-HH: 220531-2. Call for witnesses after a homicide in Hamburg-Borgfelde