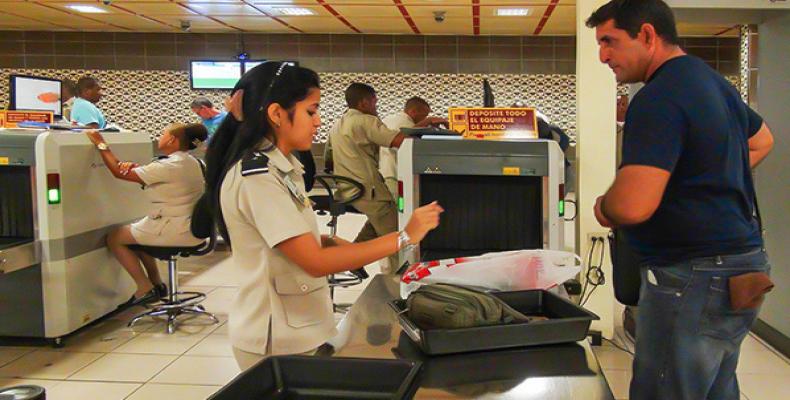 Relax the blockade in Cuban Customs: a sign of panic from the regime

The fable was started by Alejandro Gil, Minister of Economy, selling the following idea: the “mules” are taking many dollars to buy abroad and, to avoid it, they would open a very few new stores, only for medium and high-end products, in MLC… No, no, the MLC was not a new CUC. The battle for monetary unification was an achievement of the Revolution! With the profits from those stores, he said, they would import basic necessities for the market in national currency, in addition, they would revive industry and employment because they would assemble many things in Cuba.

Three years later, The Cuban who manages to get an emigrated relative to send him a few dollars (MLC), must suffer a queue of anjá and endure the mistreatment of an irritated shopkeeper without air conditioning if she wants to buy milk for her child or a cheo pulovito at Dubai boutique prices. And who remembers the market in national currency or that they would never sell the most basic products there?

For the ideologues of the MLC —starting with Gil— customs deregulation that begins on August 15 is a slap in the face given to itself by a government that, abusing hunger and the needs it causes, preferred to act as a “mule” rather than allow economic freedom.

As much as they tirelessly repeat that they will only allow non-commercial imports, they know, we all know, that 99% of whatever gets through Customs will end up on the black market scorching what’s left of the MLC business.

Customs deregulation is the acknowledgment of the inability of a Government that, even having a monopoly on foreign trade; accessing credits away from individuals; obtaining discounts for purchase volume that individuals do not even dream of; being able to import parts and pieces to assemble and sell finished products; being able to provide after-sales service; contracting sea freight much cheaper than the air freight that the mules pay and selling openly in legal premises, even with all that is unable to keep increasingly expensive MLC stores stocked. And so they want us to believe that state companies can be efficient?

How bad will Castro’s finances be for them to loosen the pressure on Customs, with what that means for the MLC business? How concerned are you with the surveys on citizen unrest? Are you worried about inflation?

Since a person has two types of cholesterol, From the point of view of Castroism, in Cuba there are two inflations. The “bad” inflation is in the rising prices of the private sector —legal or illegal— that the Government wants it to act out of “conscience” and not for profit, since it seems that abusing scarcity is a power reserved to the State, which can set the prices that come out of its… calculations .

Very probably, the geniuses of the Ministry of Economy concluded that, things being as they are, it is better that the “mules” return —even if the MLC business is affected— in order to increase the supply of goods and thus reduce “bad” inflation, so that the Government can continue creating that “good” inflation that gives Castroism a purchasing power that does not belong to it.

Will we ever know how exasperated, scared and defenseless Castroism is today? The cynical smile of the very suburban Minister of Finance and Prices, in charge of announcing the change in Customs, is not enough to hide that Castroism only loosens the internal blockade when it is drowning.

Let us remember that in 2020, after more than a year of epidemic, with no food in sight and with many more people dying in collapsed hospitals than officially admitted, we had to wait for the people to explode asking for freedom on 11J so that the Government, just five days later, publish the Official Gazette No. 62 authorizing food, hygiene and medicine to be imported in luggage without value limits or tariffs.

The cries of a desperate people were not heard, Castroism is cruel, but the cries of an angry people were answered. Castroism is cowardly, but also intelligent, this time it is putting the patch before the leak comes out, even if that affects the MLC business. Are your informants and collaborators telling you that the pot can’t take any more pressure? Is it a coincidence that customs “goodness” arrives only 24 hours before blackouts are announced for Havana?

In any case, it is already late. The Castro system is brain dead, it breathes only because of the inertia of terror and totalitarian control, but even for an artificial life resources are needed and they have less and less. The news is not that Cubans will now be able to import five instead of two cell phones, but rather that Castroism is in a panic… tick… tock.