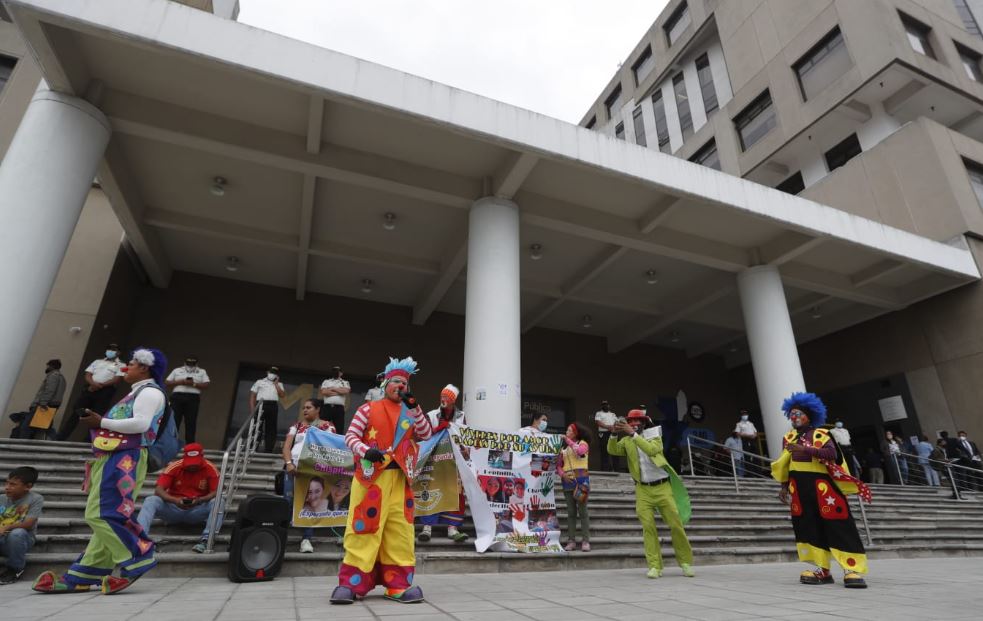 A march of relatives and companions of the missing clown couple It took place this Monday, May 30. towards the Public Ministry (MP) building, passing by the Human Rights Ombudsman.

Twenty-two days after the disappearance of Nelson Estiven Villatoro Escobar and Joselin Paola Chacón, known as Charquito y Chispita, the march demanded that the search for the couple be accelerated.

The clowns disappeared without a trace after giving a presentation, the family reported.

Victoria de los Angeles Lobo, mother of Chispita, He thanked those who have been aware of the couple and asked the MP that they speed up the investigations and change the prosecution of the case.

He also denounced that They are receiving death threats.

“I need the media to make it known that if something happens to me or my grandchildren, I blame her,” he added, referring to a person whose name he did not reveal. but he said that the Prosecutor’s Office was already aware of it.

He added that the day they disappeared it was a subcontractor who contacted the couple for the supposed event they were going to cover.

However, this person now refuses to give details ofe who was really the one who hired the missing couple.

De los Ángeles Lobo also asked the media to “stop playing with their feelings”, when they assure that bodies that have been found belong to the missing couple.

He demanded that the Human Rights Ombudsmans intervene to expedite investigations.

He said he was against the case continuing in the Amatitlán Prosecutor’s Office, since they do not give them information and do not contact them.

“They are not working, so I want them to pass the case to the Public Ministry of Gerona”, he added.

It may interest you: Clowns join the search for “Charquito” and “Chispita” and these are the actions they took

She recalled tearfully that one of her grandchildren, the couple’s eldest son, will be 10 years old on June 6 and his parents had already organized his event for him.

“I’m in pieces, yesterday I went to the hospital. I ask someone who can help me with a psychologist for the children or for me, I will be grateful”, she said between sobs.

The spouses disappeared, according to relatives, after being summoned for a show last May 9 at night.

The couple allegedly collaborated on May 9 with the entertainment of an event in Escuintla and later returned to Guatemala City for the night event. However, they never returned to their home in Amatitlán.

On Monday afternoon, the MP reported that the relatives of the spouses were received at their headquarters in Barrio Gerona.

“During the meeting, the officials of the Public Ministry listened to and attended to the requests of the relatives and stated that they have all the support and backing of the institution”, reported the MP.