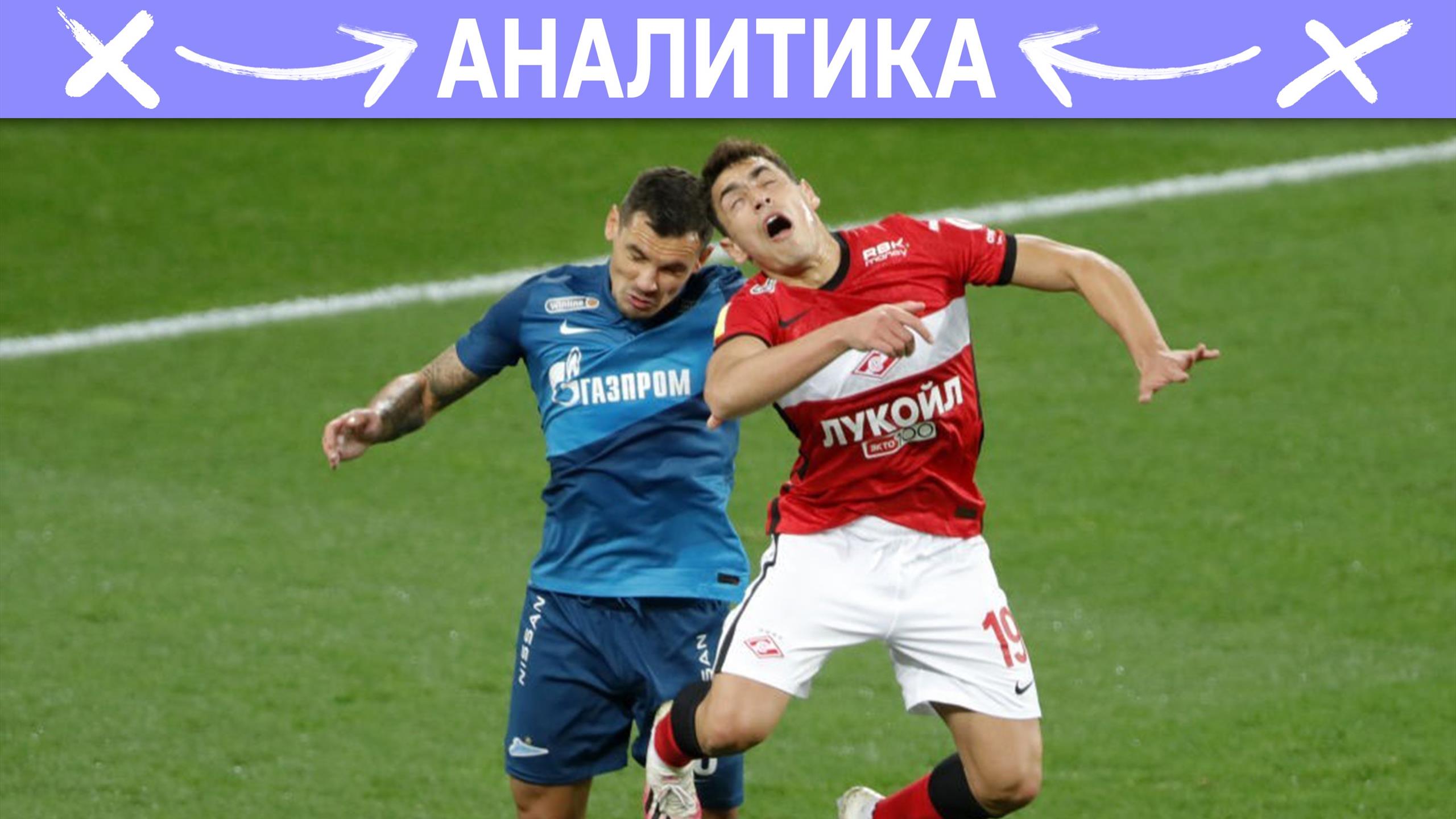 The 2020/21 season has become one of the worst in the history of Russian football. RPL clubs failed in European competitions (1 victory in 24 games), and the Russian national team flew out of Euro 2020, finishing in last place in the group. These are the most notable cases. Underneath these are problems with youth football, a drop in the UEFA odds table, the low cost of telecontracts compared to other leagues, and many other phenomena. Against this background, the RPL began to think about changes.

The fundamental change that they want to implement already from the 2022/23 season is the change in the format of the competition. This applies not only to the RPL, but also to the entire structure of Russian football leagues. The Dutch company Hypercube was invited to design new formats. The consulting firm has already come up with reforms in Holland, Belgium, Austria and Denmark – everywhere after that followed the growth of financial and sports performance. The Dutch also came up with a new format for the Champions League, so their expertise is definitely trustworthy.
The current RPL structure has not changed since the 2012/13 season. Then play-off matches were introduced between the 13th and 14th RPL teams and clubs from the third and fourth places of the FNL. The championship is played in two circles of 15 rounds. The simple and transparent format allows every club to play with everyone, but creates a bunch of boring matches. The sign “Rotor” – “Tambov” hardly attracts at least one fan from outside. The commercial value of the tournament also suffers from the high number of pass matches. According to RBC, the current format, referred to in the Hypercube project “Earth 16”, brings RPL 80 billion rubles per season. In alternative variants of the tournament, income is guaranteed to grow. Let’s take a closer look.

In each of the scenarios that have received the names of space objects, a different number of participants is assumed, which is indicated by a number. In the “Land 18” format, the RPL is expanding to 18 clubs, and the championship is being held in a similar way to the current scenario.

There are 34 rounds (17 home and away matches), after which the tournament ends for the teams that have won a ticket to the Champions League (RPL winner and silver medalist), one Conference League participant (bronze medalist) and two worst teams that fly to the FNL directly. Those who finished in 4-7 places in the short playoff format will decide who will get the last ticket to the LC, and teams from 15-16 places will fight with the FNL clubs to keep their registration.

This format has a minimal number of advantages. RFU notes “additional matches of top clubs”, but the meetings of “Zenith” or “Spartak” with the conditional “Ufa” are unlikely to radically affect the number of spectators. The battle for a ticket to the LC may turn out to be a profanation, since the status of the third European Cup does not yet cause a special desire to get into it.

The Earth 18 scenario has a lot more problems. Firstly, for its implementation it is necessary to involve two more efficient clubs from the FNL. Against the background of the problems of Nizhny Novgorod, which has risen to the elite (there is no sponsor, and wage arrears to the players amount to 120 million rubles), this does not seem possible. Secondly, there will be four more rounds in the championship – you will have to start earlier or finish later, because otherwise there is a high probability of weather disasters and low attendance in the cold season. In addition, the problem of “teams that don’t need anything” will remain. Clubs from eighth to 14th places, after retaining their registration for the next season, will lose motivation and continue to play unnecessary matches.

True, there is hope that the problems can be solved by replacing the limit on legionnaires with a luxury tax. It is assumed that the clubs will not be forced to keep themselves within limits, but for the application of one foreigner, you will need to pay a contribution to the general fund. At the end of the season, the collected money will be proportionally distributed among the clubs that have produced Russians up to 23 years old. Perhaps the clubs that have secured themselves from relegation will work to earn money in the last rounds. Yes, the quality of the game will drop, but the youth will get a chance. But this is only a guess.

The “Earth 18” format will roughly bring the RPL 87 billion rubles per season (+ 8.75%), but the entertainment and attendance of matches will fall by 19% and 5%, respectively.

The Mars 16 scenario solves the middle reservoir problem, but expands the championship even further. At the first stage, it is supposed to hold a regular tournament of 30 rounds. On the second, the clubs will be divided into subgroups depending on the occupied places. The top four following the results of the regular season will play a mini-championship of 6 rounds for two places in the Champions League and one ticket to the Best Male. It is important that before the start of the mini-championship the points scored by the clubs in the regular season will be divided by two.

Teams ranked from fifth to 12th in the regular season will play in the second stage in the playoffs, the winner of which will fight for the remaining ticket to the Conference League with the fourth club from the first subgroup. But only if the winner of the Russian Cup does not enter the top 4 at the end of the season. Otherwise, the winner of the playoffs among the middle peasants will get a ticket to the LC. The clubs from the last four places of the regular season, like the top 4, will play a mini-championship of six rounds with a halving of points. The two worst clubs according to its results will play in transitional matches with FNL clubs.

This format assumes even more expansion of the championship (36 rounds + playoffs for the Conference League), but Hypercube expects an increase in entertainment and attendance by 8% and 4%, respectively. According to preliminary estimates, the total earnings of the RPL will amount to 92 billion rubles.

In the Jupiter 16 format, the clubs play the regular season first, but not the classic one of 30 rounds, but only of 24. That is, not every club will play against everyone at home and away. The draw will decide everything. The system of selection of matches for the regular season was called “Swiss”, but it is arranged in a slightly different way. The main point is to divide the clubs into four cohorts – tops, half-tops, middle peasants, outsiders. In the regular season, clubs from the same cohort will play against each other both at home and away, but this will not work with teams from other cohorts. So, for example, Zenit in such a system will definitely play two matches with Spartak, Lokomotiv and CSKA, but with the conditional Nizhny Novgorod only once and, most likely, on the road. So in the regular season they plan to make fewer useless games.

After the completion of the regular season, the teams will be divided into two subgroups – top-6 and all the rest. The points will be halved and a round robin tournament will be held. Among the six best teams, they will play in two rounds, that is, each club will play 10 matches, but in the ten worst – in one (9 matches for each club). At the end of this part of the season, the champion and the silver medalist will go to the Champions League, and the team that took third place will go to the LC. The club that took fourth place and the best club in the second ten will compete for the rest of the ticket to the LC among themselves (who will be decided in the play-off at the end of the second round). In the FNL, the clubs from the last two places will definitely fly out, and the clubs that took the two last but one places will play joints with the FNL teams.

The Jupiter 16 format assumes a 15% increase in attendance and 19% in entertainment. The projected income of the RPL in this case, according to the same RBC, will amount to 102 billion euros. This is the highest income of all scenarios. 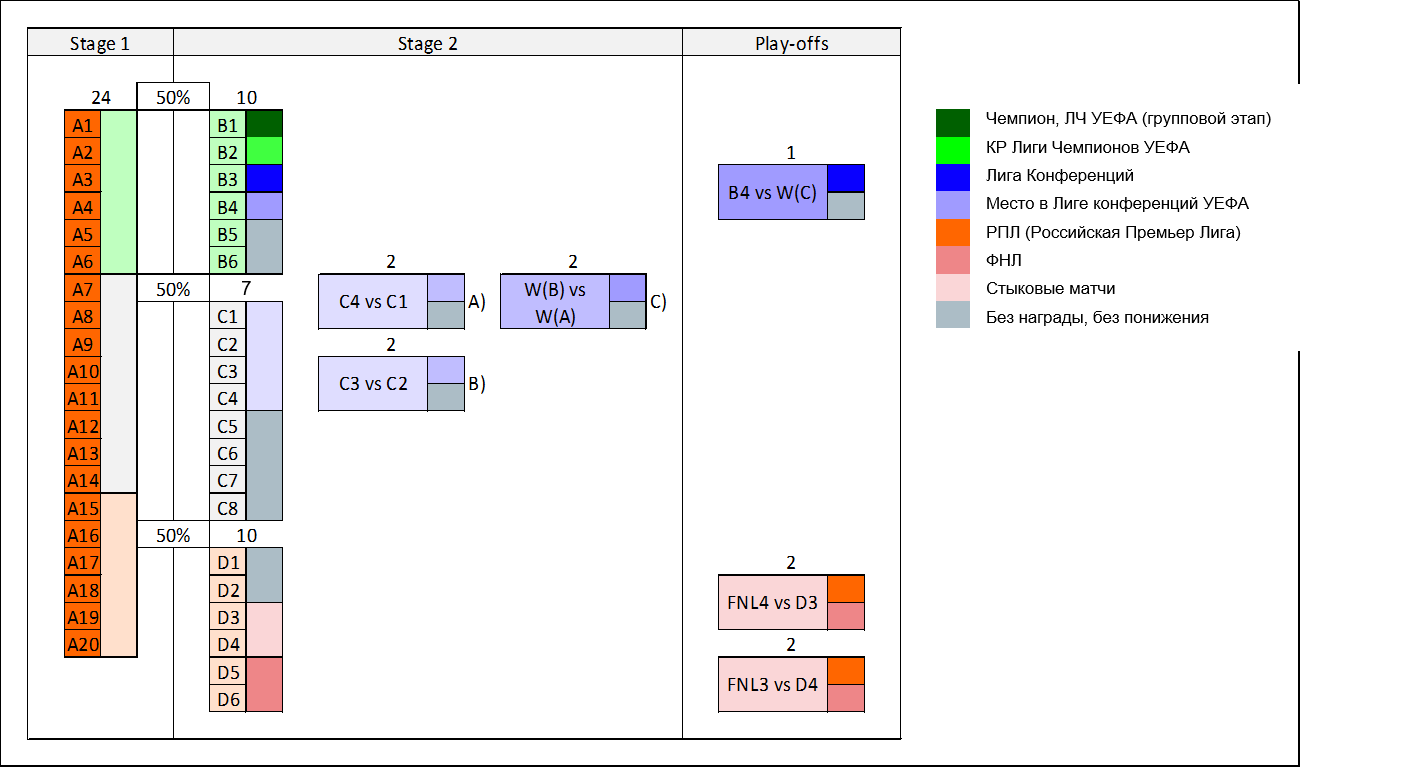 The 20-club option is similar to the 16-club option, but it involves dividing the teams not into two subgroups after the first stage, but into three. The tops will also decide who will go to the European cups, the middle peasants will choose an opponent for a ticket to the Best Male for the fourth team from the top 6. But the underdogs will hold a round robin tournament, as a result of which two clubs will go to the FNL directly, and two more will play joints. The estimated income of the RPL in this format will be 98 billion rubles.

In addition to creating competition formats, Hypercube also compared them. Jupiter 16 was named the best format for many factors. It predicts the largest increase in attendance and entertainment, and also achieves the highest level of income. RPL will choose the RPL format for the 2022/23 season by the end of July 2021. And you, too, can influence this by completing a survey.
Subscribe to Dmitry Panferov’s telegram channel about finance in football – there is everything, everything about the money of Russian clubs and not only

More about reforms in the RPL:

Reform of Russian football – what will change in the RPL, FNL and PFL
Subscribe to Eurosport.ru on Instagram

Reform of Russian football – what will change in the RPL, FNL and PFL

Krasnodar and Winline presented the uniform at the fashion show