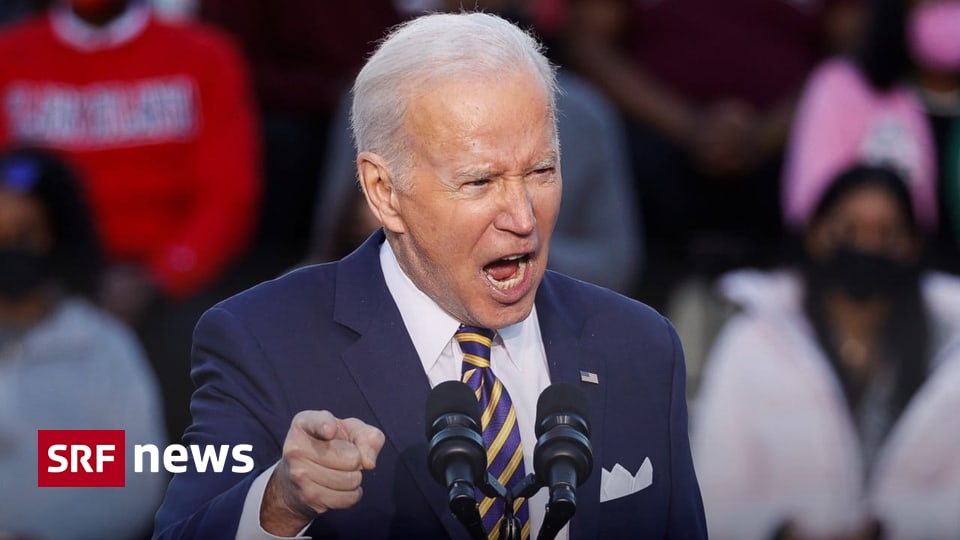 US President Biden called on the Senate to pass laws protecting the right to vote. He also spoke out in favor of changing the rules in the Senate if necessary.

The location of US President Joe Biden’s speech was chosen deliberately: Atlanta, the historic center of the US civil rights movement, birthplace and place of work of Martin Luther King.

What the civil rights movement achieved around 60 years ago, namely the unrestricted right to vote for all, is now being restricted again in many Republican-led states, said Biden. Because the Republicans are afraid of a high turnout.

But in a democracy every vote counts – the right to vote is a fundamental right. That is why the future of democracy in the USA is at stake. The Senate must therefore accept the two proposals that want to strengthen this fundamental right, demanded a militant president.

For months now, the Republicans themselves have been using the so-called filibuster to prevent a debate on both bills. He therefore supports a change in this Senate rule so that a minority cannot block the reform of the electoral law.

The original aim of the filibuster was to ensure that bills were widely supported and that the majority party could not simply ignore the concerns of the opposition. That worked well for decades, when there was still a willingness to work together in the US Congress and the moderates in both parties were even more important. For a long time, the filibuster was rarely used.

Biden’s demands, however, are largely considered to have no chance. Because the Democrats in the Senate currently lack the necessary votes to abolish the filibuster.

Biden’s militant speech was more likely to mobilize the black electorate in view of the mid-term elections next November. Because the Democrats urgently need these votes if they want to defend their wafer-thin majority in Congress.