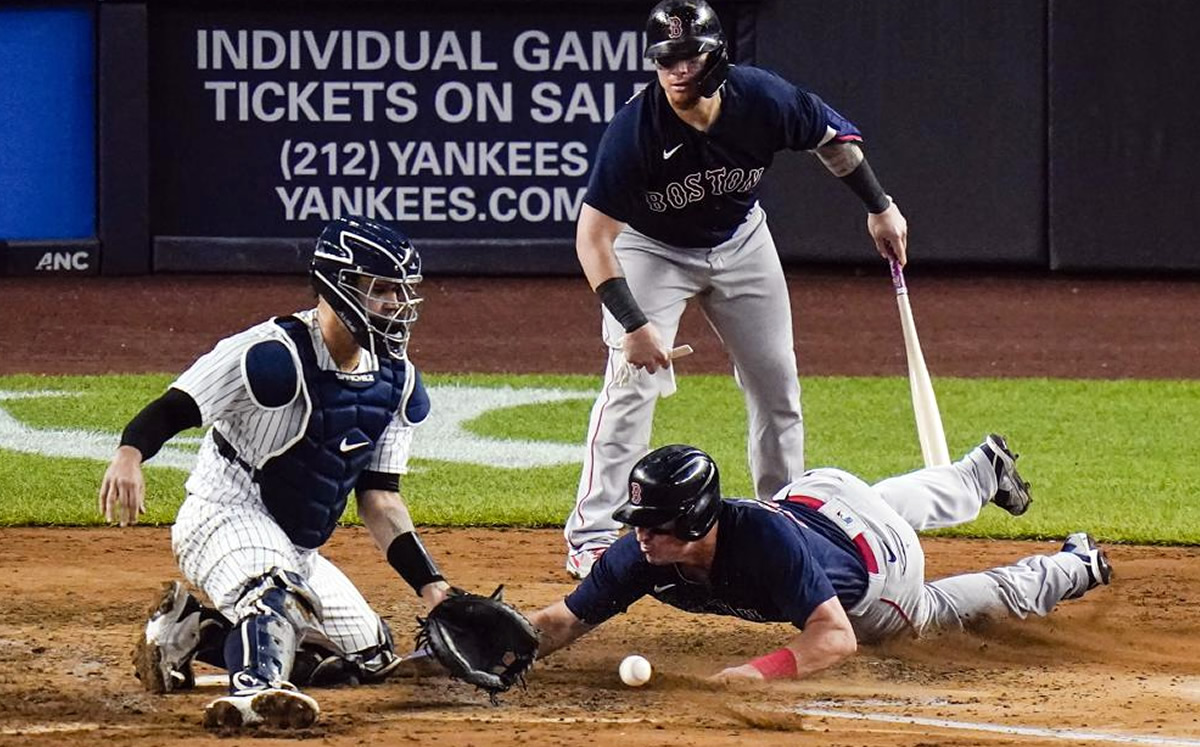 Rafael Devers hit a three-run homer In the first inning off Michael King, Marwin Gonzalez produced another pair with a double and the Boston Red Sox beat the New York Yankees 5-2, in the first of 19 games the staunch rivals will have this season.

The former Yankees pitcher, Nathan Eovaldi (7-2), won his third consecutive start, retaining the shutout until the sixth inning, and the Red Sox snapped their 11-game losing streak in the Bronx, with their first win at Yankee Stadium since June 2, 2019.

After playing his first 57 games of the season without facing the Red Sox, The Yankees began a 14-game stretch against Boston in their next 43 schedule games. New York and Boston hadn’t met this late in the season since 1996, when their first clash was until July 1.

The 18 thousand fans who sold out the available tickets, booed the Yankees when they twice hit a double play, reaching 54 in the campaign to lead the majors. New York lost for the eighth time in 11 games.

King (0-3), replacing the injured Corey Kluber in the New York rotation, allowed four runs and six hits in 5 1/3 innings. On a 0-2 count, he left a fastball on the plate at the level of the letters on Devers’ uniform, who catapulted the ball to the second floor down the right field. With information from AP