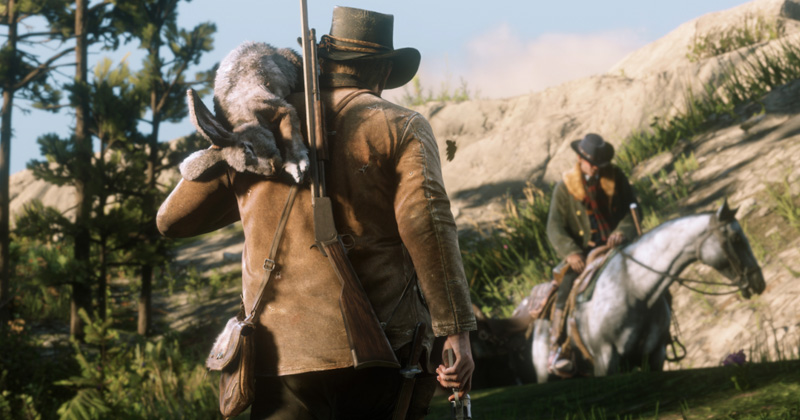 The wild west game world of Red Dead Redemption 2 from Rockstar Games is populated not only by scoundrels and gunslingers, but also by almost 200 animal species: eagles and cormorants circle around, coyotes and wolves howling, sockeye salmon and steelhead trout can be caught in the rivers. The meat is used to supply food, skins and hides are sold or made into practical bags.

In addition, the players also get to know the flora and fauna of North America – and literally playfully: researchers at Exeter University have found that the Red Dead Redemption 2-Users were able to assign 10 out of 15 animals by name based on photos, three more than non-players. The more intensely the players have dealt with the plot, the better the results.

The scientists attest the game an extremely realistic representation of animals and their behavior – also among each other: Opossums would “play dead” in danger, eagles hunt snakes. The study was published in the journal People and Nature – headline: “The Educational Value of Virtual Ecosystems in Red Dead Redemption 2”.

Publisher Ubisoft has taken this approach further: Analogous to Assassin’s Creed Origins (Egypt) and Assassin’s Creed Odyssey (ancient Greece) it will also be the newest episode from autumn Assassin’s Creed Valhalla give a so-called discovery tour: unmolested by opponents and quests, the world of the Vikings can be explored in peace – information boards explain historical connections, which are compiled by full-time historians. The Discovery update is free for all buyers of the game.

An overview of games that are particularly suitable for history lessons can be found in the “Games and Memory Culture” database of the Digital Game Culture Foundation.

Red Dead Redemption 2 has been on the market since October 2018 and has been one of the best-selling PC and console games year after year, also in Germany.