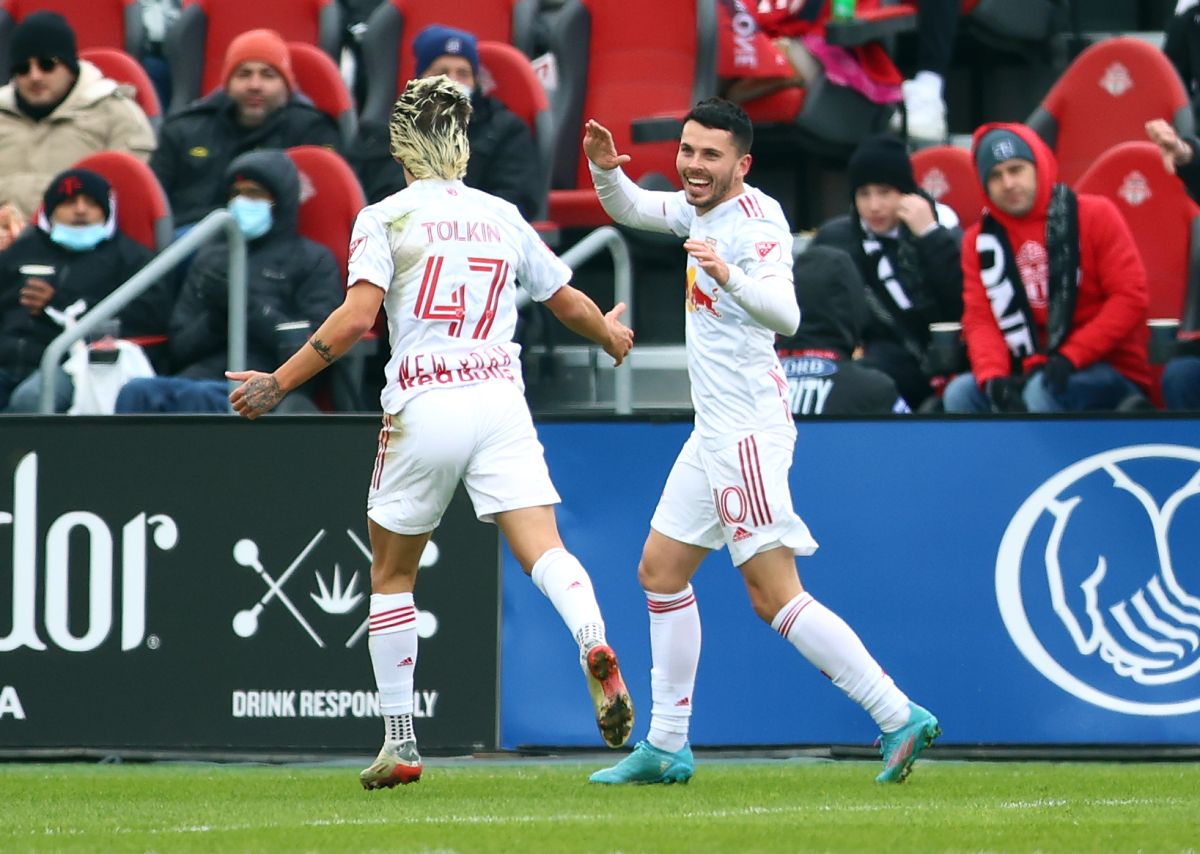 The New York Red Bulls beat New York City 3-0 on Wednesday. and they qualified for the semifinals of the US Open Cup, a round they had not reached since 2017.

The goals of Lewis Morgan, the Brazilian Lucas Lima Linhares ‘Luquinhas’ and Omir Fernández rewarded the superiority, in the Hudson River derby, of some Red Bulls who will play the sixth semifinal of their history in this competitionafter knocking down a City, current MLS champion, who had not lost for twelve games.

City’s last setback was back in April, when they fell in the first leg of the Concacaf Champions League semifinals to the Seattle Sounders.

In the first New York derby of the season, the Red Bulls were superior to City from start to finish and confirmed the superiority in direct clashes seen in the last year and a half, in which they won two and drew one, conceding only one goal to their rivals.

It was to the credit of goalie Luis Barrazas, a New Mexico native, if the Red Bulls didn’t get ahead before the break. The goalkeeper made a great save three minutes from the end of the first half after a shot from the right foot by Venezuelan Cristian Cásseres that was aimed at the back of the net.

Shortly before, Lewis Morgan launched a powerful direct free kick from the edge of the area that ended up outside by a few centimeters.

But the push of the Red Bulls ended up being rewarded in the second half, when Lewis Morgan struck down Barrazas inside the area after a good header from Aaron Long.

It was a psychological blow for City, who failed to react and whose nervousness ended with the Straight red to the Brazilian Thiago Andrade for trying to headbutt John Tolkin.

The referee did not hesitate to show the red card, despite the fact that Andrade did not hit the rival, and the Argentine Valentín Castellanos protested vigorously. It was, however, useless protests because VAR is not used in the US Open Cup.

City’s options ran out at that moment and the Red Bulls turned their round pass into a real victory with goals from Luquinhas, in the 70th minute, and from Omir Fernandez in added time.

The rival of the Red Bulls in the semifinals will be the winner of the duel between Orlando City and Nashville, who will meet next Wednesday.

The other semifinal will be played by Sacramento, los Angeles Galaxy executioner of Javier ‘Chicharito’ Hernández in the quarterfinalsand Sporting Kansas City, who cut off the flight of Union Omaha, third division team and revelation of the tournament, by overwhelming them 6-0 this Wednesday.