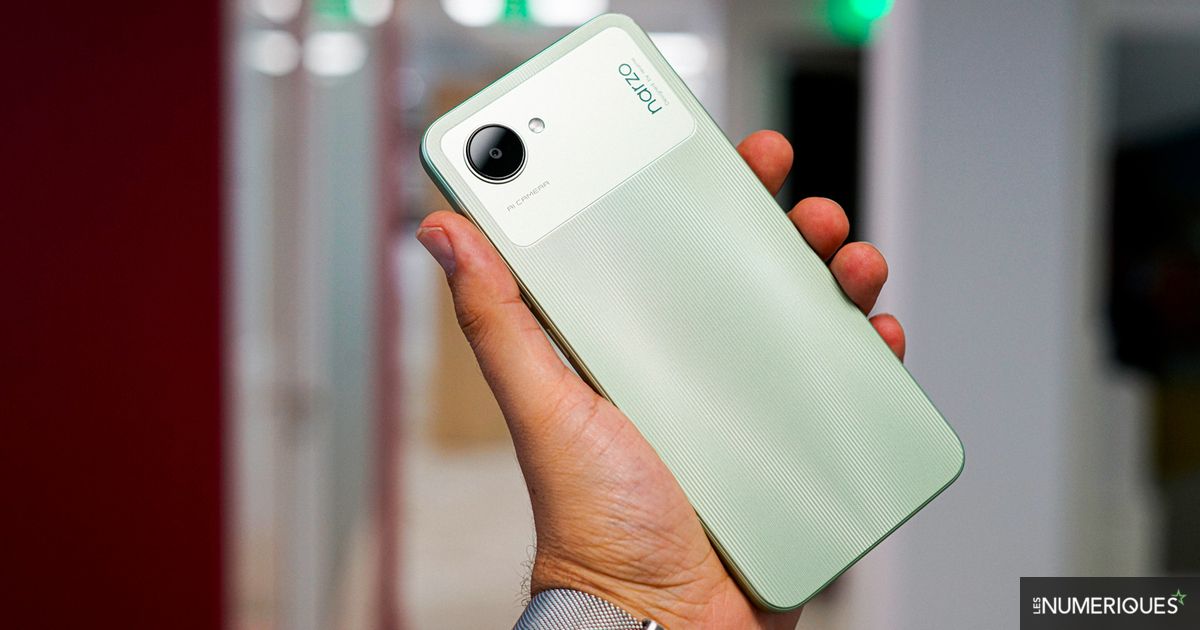 Realme Narzo 50i Prime review: an ultra-affordable smartphone, but not very good at multimedia

We are clearly not facing a photophone, as evidenced by the configuration, to say the least, of the Narzo 50i Prime. On the back, there is a single 8 Mpx sensor whose lens opens at f / 2. The snapshots are therefore captured without using the pixel-binninga technique that merges four pixels into one to take advantage of more light.

Among the smartphones in our comparison, none takes pictures in 8 Mpx. We therefore decided to compare it to the Motorola Moto e40 which captures in 12 Mpx with its 48 Mpx sensor thanks to the pixel-binning.

In good light conditions, the Narzo 50i Prime delivers a very average rendering. Without shining, we see that the Motorola Moto e40 offers a more detailed shot, as seen in the portraits or the cover of the book. A look at the color charts also shows that the Realme shot lacks sharpness and is slightly overexposed. The outdoor photos will be usable, but not very precise.

At night, it gets more complicated for both smartphones, but once again, the Narzo 50i Prime is much less convincing. Significant digital noise appears and further drops the level of detail. We distinguish the different elements of the scene, but little more. The Moto e40 does a little better despite a risky exposure and digital smoothing which gives a washed out and flat appearance to the shot.

The smartphone is capable of filming in Full HD at 30 fps. Unsurprisingly, the result is quite bad, especially since it does not benefit from any stabilization. The sensor struggles to handle highlights and doesn’t capture enough detail. Videographers, go your way.

The Narzo 50i Prime also has a 5MP sensor on the front. The selfies are of good quality, provided they are well exposed. It’s a little more difficult when the light is lacking, but ok if you don’t move too much.