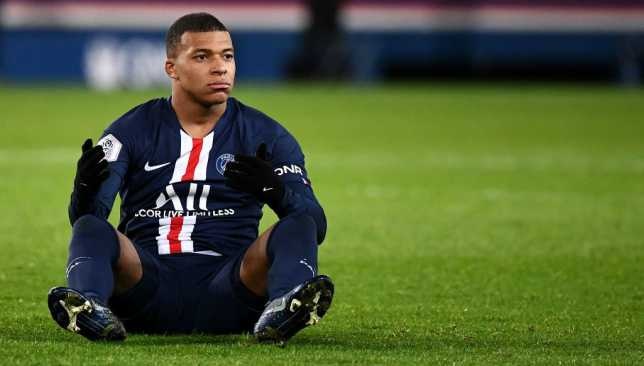 Sport 360 – The Spanish newspaper AS blew up a frustrating surprise for Real Madrid fans in a report it published this morning, Wednesday, in which it confirmed the club’s withdrawal from the Paris Saint-Germain striker Kylian Mbappe deal completely during the current summer transfer period.

Real Madrid decided to turn a blind eye to the idea of ​​contracting Mbappe this summer, after the strict statements made by the president of Paris Saint-Germain during the past hours.

And the president of the Paris club said regarding the future of the French striker, “Kylian Mbappe will continue in Paris, we will never sell him, and he will never leave,” which Real Madrid felt that the chances of signing with the player are completely non-existent in the current Mercato.

Real Madrid is betting only on Mbappe’s strength

And the newspaper explained in its report that the sentence that made the Real Madrid administration decide to withdraw from the Mbappe deal is not “we will never sell it”, because the club expects this from Paris Saint-Germain, which in previous times refused to allow many players to leave such as Marco Verratti and Adrien Rabiot, even If he had to sacrifice them for free after the expiration of their contract.

But what made Florentino Perez and his board of directors completely frustrated was the second part of the statement of the Paris club president, “He will never leave”, because it gives a clear indication that Paris will do anything to persuade Mbappe to renew his contract.

READ  What should Russia, Denmark and Finland do in the third round? - Football - LiveSport.Ru

The report added that Paris Saint-Germain will offer Mbappe an annual salary of 40 million euros, net of taxes, and this salary costs Real Madrid in Spain 80 million, including taxes.

Real Madrid feels that it is unable to compete with Paris Saint-Germain financially, because the statement of the French club president shows that he is ready to do what is reasonable and unreasonable to renew Kylian Mbappe’s contract, which will expire after only one year.

Real Madrid was betting on the approaching completion of the Mbabe contract, as the player will be available for free in the summer of 2022, and this increases the club’s chances of including him this summer for a sum of money, or waiting until next summer and signing with him for free, but the recent statements of the President of Paris have destroyed the dreams of the royal club. .

The only hope left for Real Madrid is that Kylian Mbappe will continue to refuse to renew the contract, and resist all the pressures and temptations that he will face during the coming period with the management of his club, because Real is not in a position to enter into a financial war with a club like Paris, and of course this is not easy for the player .