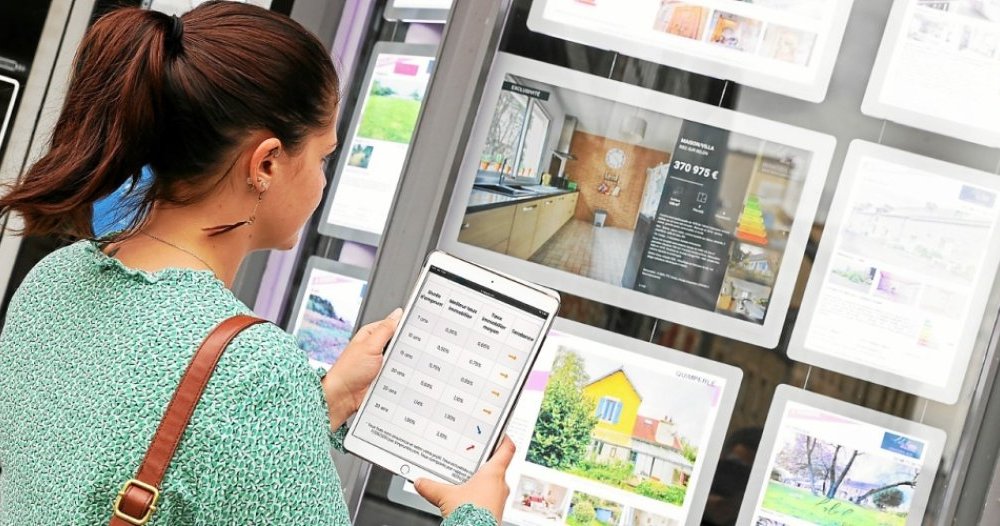 The personal contribution – 10%, sometimes up to 20% of the amount of the property – is no longer enough to obtain a mortgage. To take account of the general rise in prices, which is hampering households’ ability to repay, banks are becoming more demanding. Many now require the existence of savings after the project, of the order of four to six monthly loan payments, which makes it possible to cope with unforeseen expenses – a roof that takes on water, a boiler that gives up the ghost or a car to change.

The fear of running out of money…

This precaution aims above all to protect households by limiting the risk of indebtedness. But, coupled with rising interest rates, which banks say have climbed 0.3% to 0.6% since January, this virtuous intention is turning into a headache for many borrowers. Especially in Brittany. In question, the increased attention now paid by banks, to assess the remainder to live, the location of the property and its distance from the workplace.

In Brittany, it’s a bit of a double penalty

The consultation recently carried out internally by Vousfinancer, which brings together nearly 200 credit brokers in France and works with 94 partner banks, attests to this: “We had loan refusals because of the excessive financial burden that these daily journeys were going to represent in terms of fuel, or even the purchase of a second car”, argues Sandrine Allonier, who led this study. According to his estimates, this budget represents, each month, 500 euros for a couple in which each member travels 100 km per day. “Even less than 50 km away, some establishments are reluctant and, to meet the expenses incurred, limit the maximum debt to 30%, instead of the authorized 35%. »

“In Brittany, it’s a bit of a double penalty,” continues the spokesperson for Vousfinancer. The price of real estate having soared on the coast (+30% in two years), families with two children who dream of a house with a garden have no other solution than to move away at 30, 40 or 50 km, for example, our agency in Lorient told us about it. What is more, the region combines handicaps: preponderance of modest incomes (agri-food, catering, home help, etc.), telework less developed than in large cities, energy performance diagnostics resulting in additional costs and work in the old . So many items of expenditure scrutinized very closely by the banks, in a context of rising prices for electricity and gas, but also building materials and quotes for craftsmen.

“The credit tap is not closed”

Result: a general hardening in the way of studying the files, noted by 70% of the brokers who took part in the survey. An average personal contribution of more than 50,000 euros, up sharply over one year (+78%, according to Finance Conseil, another brokerage network). Files failed due to insufficient contribution or savings after the project. And wait-and-see buyers, no longer knowing on which foot to dance.

“The credit tap is not closed”, however assures Sandrine Allonier. This is all the more true in Brittany where mutual banks, well established, offer young people under 30 attractive conditions, requiring less personal contribution”.

The wear rate, this other barrier to access to housing

Three-quarters of Vousfinancer agencies have come up against, since the beginning of March, loan refusals justified either by a debt ratio deemed too high, or in connection with the rate of wear, this maximum rate beyond which a bank does not has no right to lend. A stabilized or even slightly declining rate (-0.01 point for durations of more than 20 years) while interest rates have risen by an average of 0.35% since the start of the year (by +0.3 to 0.6% depending on the bank). A situation which “puts borrowers in difficulty and penalizes first-time buyers in priority”, considers Sophie Ho Thong, director of strategy and communication for the Finance Conseil network.

Let’s take the example of a couple who are nevertheless well established in life – 45 years old, 60,000 euros in income – who wish to borrow 200,000 euros over twenty years and are offered a rate of 1.55%. Costs and insurance included, we arrive at an effective rate (APR) of 2.45%. “Higher, therefore, than the attrition rate of 2.40% set by the Banque de France”, summarizes Sandrine Allonier, spokesperson for Vousfinancer, for whom it is “20% of files that no longer pass”. “Maintaining such a low wear rate in such a context during a period of rising rates is to risk plunging the real estate market into immobility and preventing the French from finding housing”, judge, for his leaves, Sophie Ho Thong.