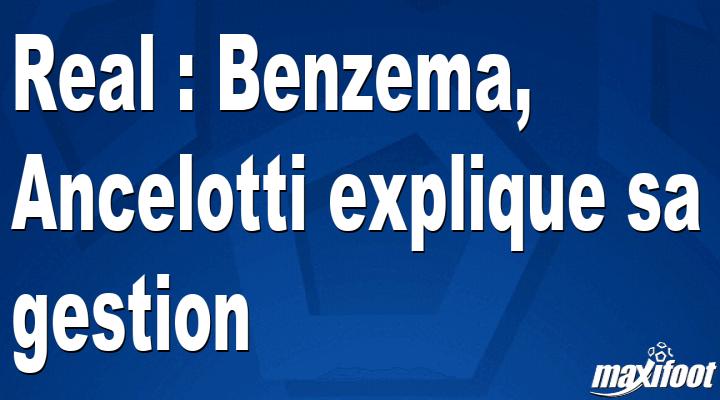 During the derby against Atletico Madrid (0-1) on Sunday in La Liga, Real Madrid coach Carlo Ancelotti spared several of his executives such as Thibaut Courtois, Dani Carvajal, Luka Modric, Vinicius Junior and Karim Benzema. Facing the press, the Italian technician explained this management by returning to the case of the French international.

“The priority was obviously not to get injured, to give minutes to those who deserve more, and it will be the same for the next two games. (…) The objective is clear for us, these games allow to keep a high pace for the Champions League final. Yes, Benzema was tired. He hadn’t recovered well for this game and the first thing I have to try is to avoid injuries. If a player is tired, I’m not going to play him. Same thing for Modric,” said the Merengue coach.

A logical adaptation for Real, already crowned in the league, before the Champions League final against Liverpool on May 28.