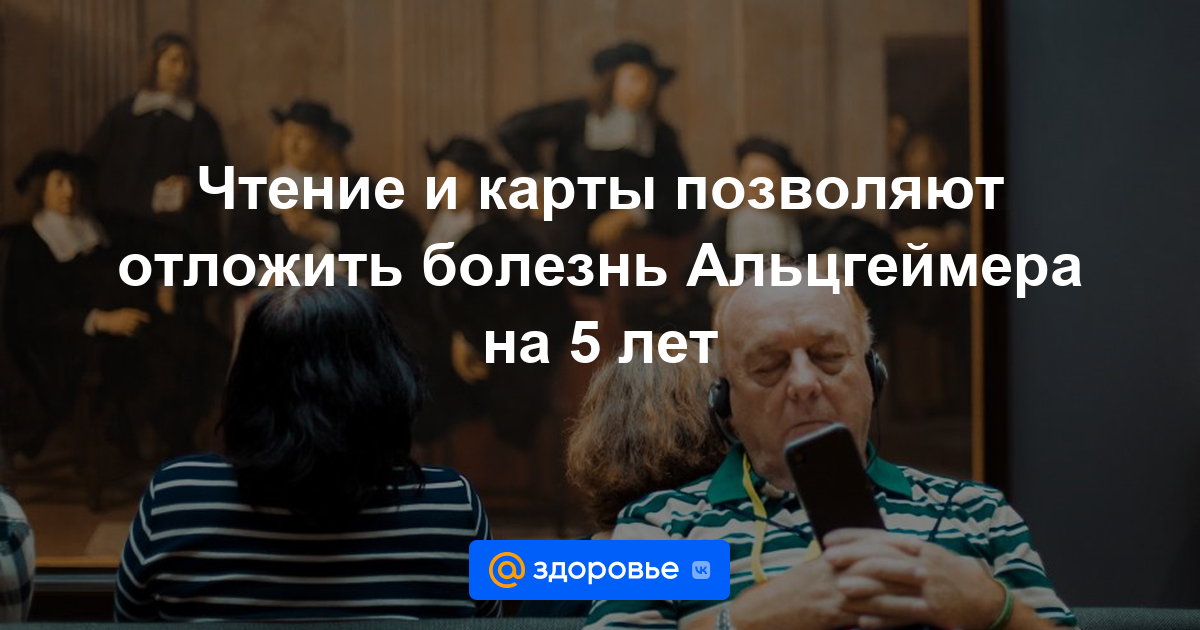 This recommendation was made by the staff of the Center for the Study of Alzheimer’s Disease at the Rush University Medical Center (Chicago, USA). The results of their research are published in the journal Neurology.

The researchers analyzed data on nearly two thousand people, with an average age of 80. None of the participants had symptoms of impending dementia at the start of the study. For an average of seven years, these people underwent medical examinations and cognitive tests annually. In addition, the participants assessed on a five-point scale the degree of their participation in various activities related to intellectual load – how often over the past year they read books, played checkers, chess, cards, board games, and collected puzzles.

Over seven years, dementia associated with Alzheimer’s disease was diagnosed in 457 participants. Wherein

The results remained the same even when the researchers considered other factors that influence the risk of dementia, including gender and educational level.

“The good news is that it’s never too late to start doing these inexpensive and accessible things that our research has covered, even if you’re in your 80s,” explained lead author Robert S. Wilson. – It is important to note that the age at which a person starts dementia has nothing to do with the level of education, nor with how intellectually active he was in his youth. The main factor is only the level of cognitive activity in old age. “