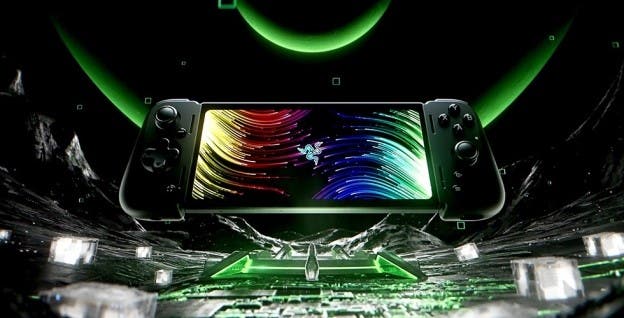 It was unexpected. RazerCon 2022 showed not only new headphones and headsets (with cat ears), but also a watch, a new gaming chair and the Razer Edge!

According to the manufacturer, the Razer Edge is the world’s first dedicated 5G gaming device with thousands of compatible AAA games from day one. Whether it’s native Android games and pre-installed launchers like Epic Games (Fortnite and Rocket League Sideswipe), cloud streaming services like Xbox Cloud Gaming (Beta) and Nvidia GeForce Now, or remote gaming options with full access to desktop libraries like Steam Link, Moonlight and Parsec . All right there and mobile! With unlimited access to game catalogs on the go, the Razer Edge offers the best quality without compromising remote access or content availability.

Equipped with a 6.8-inch AMOLED screen with a refresh rate of 144 Hz and a resolution of 2400 x 1080 pixels FHD+, the Razer Edge offers a whopping 87 percent more pixels than competing products. The Razer Edge is powered by the Qualcomm Snapdragon G3x Gen 1 gaming platform, specifically designed to deliver the best gaming performance on the go. The SoC features a 3 GHz octa-core Kryo CPU with an Adreno GPU aimed at delivering maximum graphics performance and industry-leading performance per watt. For long battery life with hours of gaming, the Razer Edge is powered by a 5000mAh battery.

The Razer Edge is available in both Wi-Fi and Verizon 5G models and will initially be offered only for the US market. It ships with the new Razer Kishi V2 Pro, which includes all the award-winning technologies, customization options and features of the Kishi V2 Mobile Controller, with two additional features: Razer HyperSense, advanced haptic feedback and a 3.5mm stereo jack . Finally reconnect wired headsets directly! Microswitches in the face buttons and D-Pad provide tactical response and instant drive for true console-quality control on a handheld gaming platform.

Razer Edge 5G will be exclusive to Verizon in the US. Verizon will announce final pricing and availability.

Razer Edge Wi-Fi will be available to purchase exclusively on Razer.com and RazerStores in January 2023 for $399.99. To reserve the Razer Edge Wi-Fi, Razer.com is accepting refundable pre-orders as low as $5 from individuals in the US to ensure you get one of the first devices upon official release. It is not yet clear when Europe or the rest of the world will get the Razer Edge.

Real competition for Steam Deck or the Nintendo Switch?

So is the Razer Edge really a competitor to the Nintendo Switch hybrid console or Valve’s Steam Deck? It will have to be seen. First, the new portable Razer Edge is more of a cloud gaming terminal. The machine needs its own computing power mainly for connecting to remote computers, which calculate the actual game and generate the graphics. It appears that only Android games can be run directly on the Razer Edge. This means that AAA titles are no longer possible without an internet connection. This is a difference with the Steam Deck and clearly also for the Nintendo Switch. As already mentioned, it remains to be seen whether the concept is convincing.