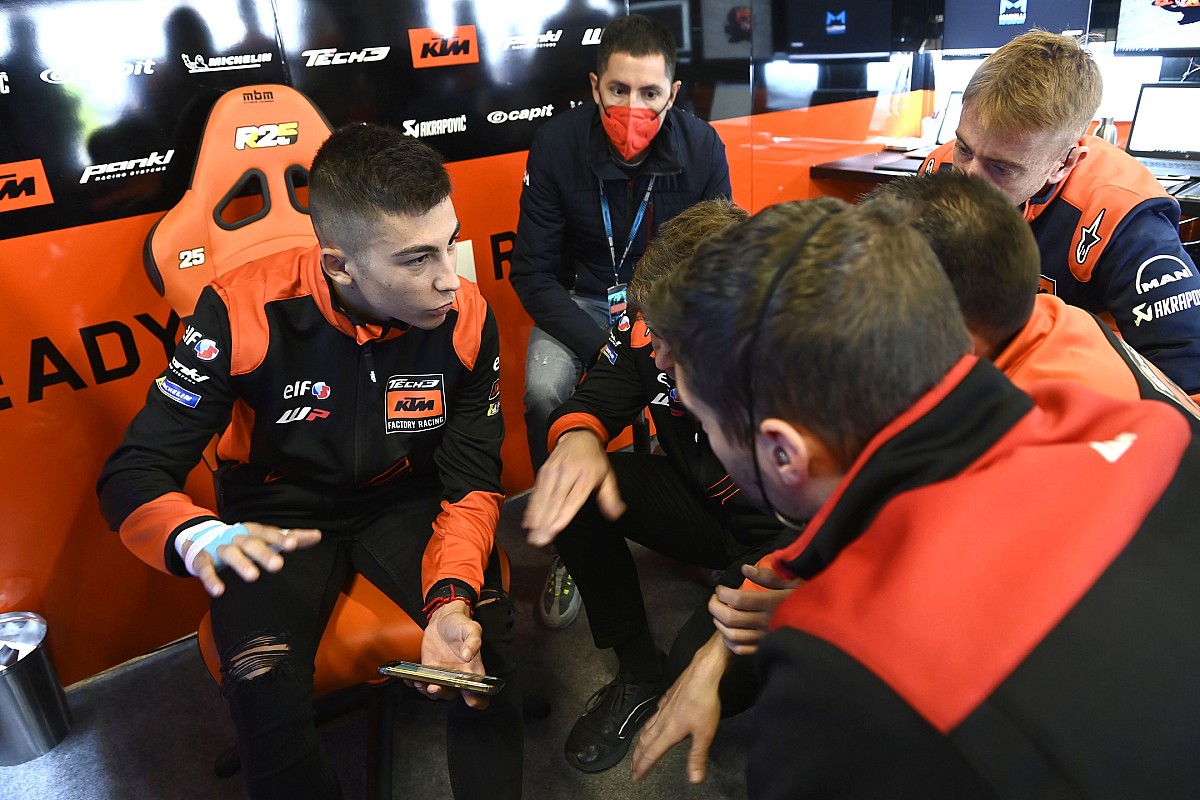 Unsurprisingly, Raúl Fernández will not compete in the Spanish Grand Prix this weekend. Falling on his right hand during qualifying in Portimão, the Moto2 vice-champion is still suffering, almost a week later, even if no fracture has been detected. Already forfeited in Portugal, he knew on Thursday that his chances of driving in Jerez were low and a final test performed before the EL1 confirmed his fears.

“We are very sad to announce that Raúl Fernández has been declared unfit for the Spanish GP and the test scheduled for Monday in Jerez”explained the Tech3 team, which runs the Spanish rookie. “The right hand injury he picked up in Portimão still hurts him, so he will continue his recovery.”

Yesterday, Fernández confided his desire to compete in his home race but had no “not the strength” to do the exercises planned by the medical team to check his physical condition. “I haven’t broken anything but my hand is very damaged in terms of ligaments and loss of fluids, it’s not as serious as a broken bone but it’s very annoying and it slows down recovery”specified the pilot.

Raul Fernández will not be replaced at Tech3 this weekend. The regulations require teams to seek a replacement within ten days of the withdrawal of a driver and the first withdrawal was announced only five days ago.

Pecco Bagnaia and Enea Bastianini, also victims of big crashes during qualifying in Portimão, are present this weekend after having competed in the Portuguese Grand Prix, but the first admitted to still having a very present pain in the level of the shoulder right.