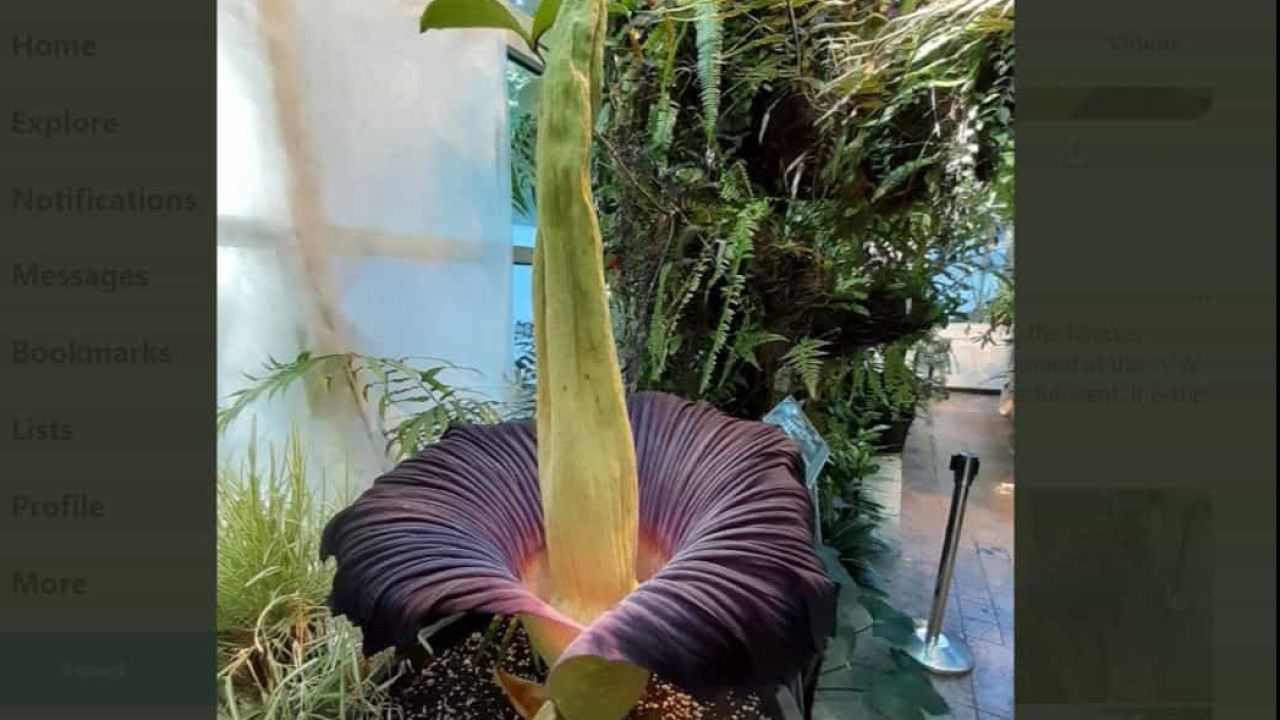 A ‘Amorphophallus Titanum’, a giant, foul-smelling flower known as the corpse flower, is increasingly rare, but one specimen has flourished in a botanical garden in Warsaw, Poland, and has attracted hundreds of visitors.

This flower, which emits a kind of cadaver odor to attract pollinating insects that feed on meat, bloomed last Sunday and by Monday it was already starting to wither.

As indicated by the Associated Press (AP), whoever wants to see the flower and wants to avoid the smell and the long queues in the botanical garden you can click here e see the live video where you can witness the flower’s evolution.

Hundreds of people didn’t care about the bad odor emanating from the corpse flower and, between Sunday night and Monday morning, they lined up just to see, ‘in loco’, the plant and be able to take a photograph.

It should be noted that this type of plant, which can reach up to 3 meters, has a rare and unpredictable flowering. The AP further reveals that the flower only grows in the tropical forests of Sumatra, but is threatened with extinction due to deforestation. Cultivation in botanical gardens, in turn, has helped to preserve the species.

One of the world’s largest and rarest flowering structures, the famous corpse flower (Amorphophallus titanum), has finally bloomed at the #YOUR Botanic Garden. Many visitors can smell the flower’s powerful scent. It is the last chance to observe the bloom.https://t.co/byOUPv6sTl pic.twitter.com/O0bhi684wT