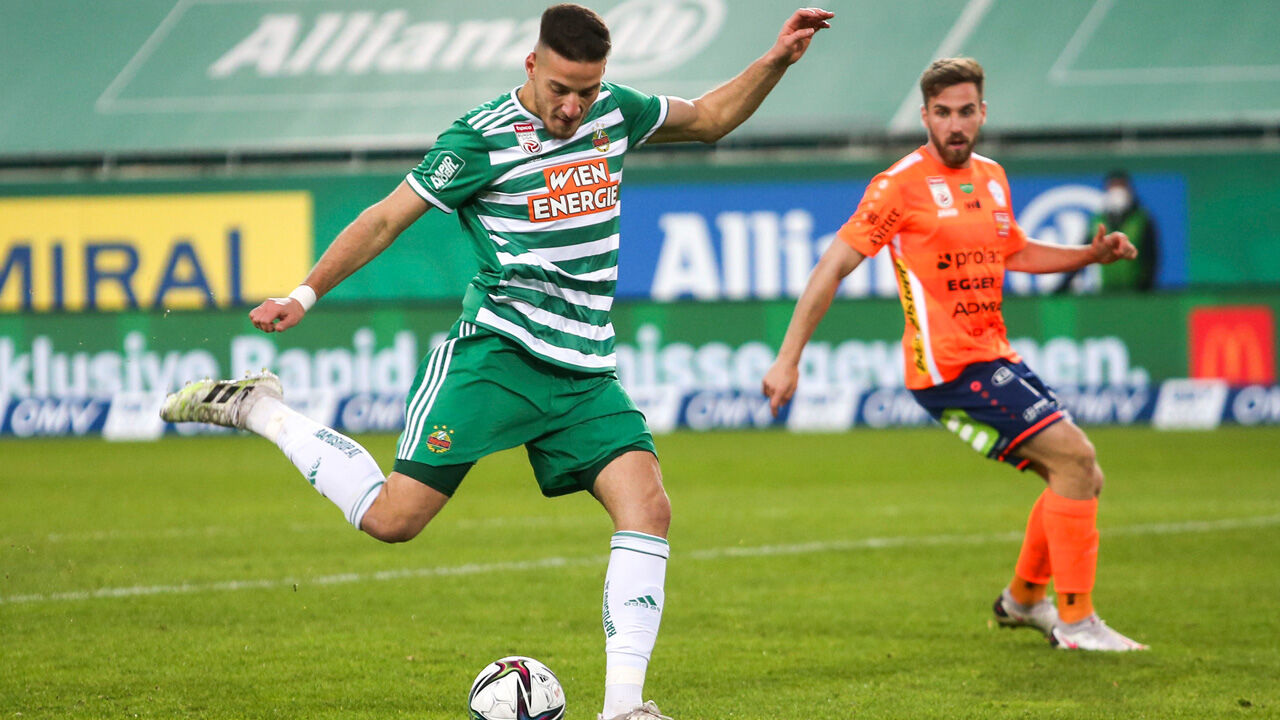 That goalgetter Ercan Kara Rapid could leave Vienna in the summer has been a hot rumor for a long time. English media are now bringing the second division Luton Town into play as a possible buyer.

The transfer fee for the striker is two million pounds, or around 2.33 million euros. Insiders claim Kara is already undergoing sports medicine tests.

Luton, which is north of London, is looking for a new center-forward as top scorer James Collins joins Cardiff City on a free transfer. Kara would be just right, 15 goals and nine assists are on his Bundesliga business card from last season. There are also goals in the Europa League, the ÖFB Cup and the Champions League qualification.

Kara was also active at the national team level. In the 4-0 defeat against Denmark at the end of March, he made his debut for the team of team boss Franco Foda.

Whether the 25-year-old has to be paid for Luton is at least doubtful. The championship is financially strong, but the club has never paid two million for a player. The previous record transfer is Croatian Simon Sluga, who cost Luton Town £ 1.5 million in 2019.

“The Hatters”, as the club is called in England, ended the past championship season in mid-table in twelfth place. Before that, they made two promotions in a few years, and in 2017/18 the club was still in the fourth division.

Apparently Ercan Kara from Rapid Vienna is having a medical at Luton.
Fee around 2m#LutonTown #COYH