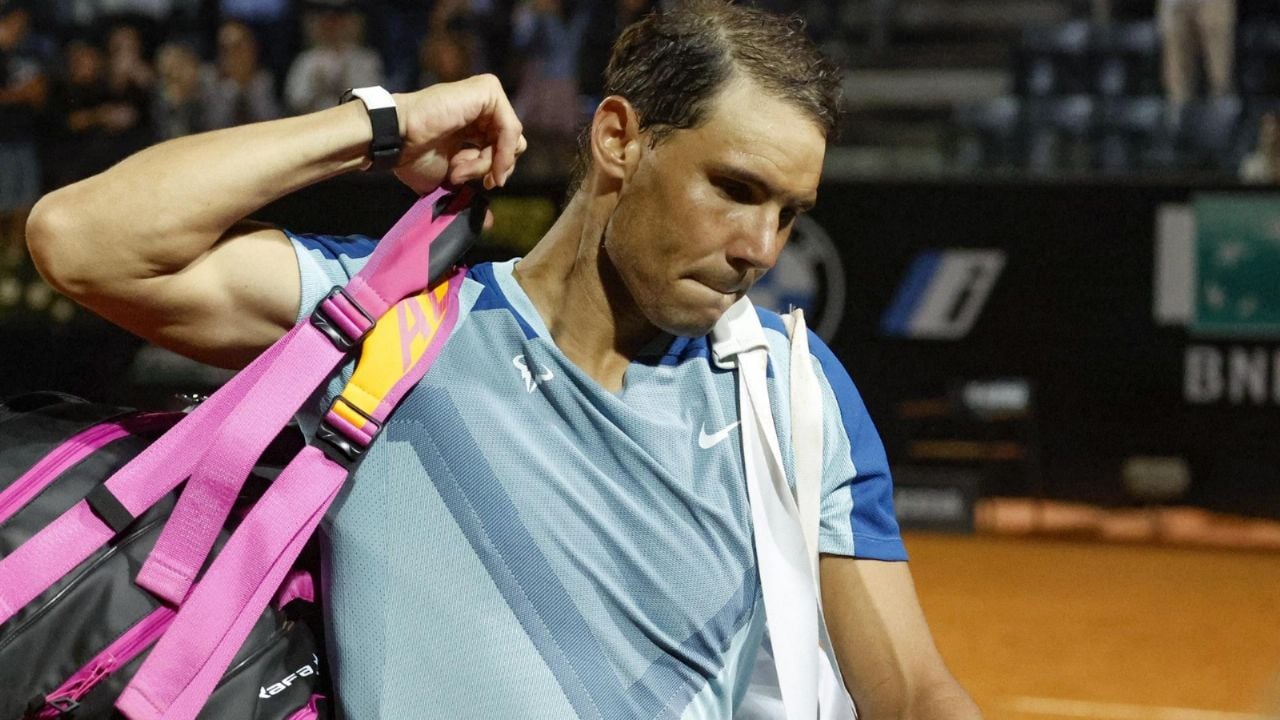 Rafael Nadal shakes world tennis with a strong revelation: “I’m not injured, I live with…”

Rafael Nadal revealed, after his defeat in the round of 16 of the Rome Masters 1,000 against the canadian Denis Shapovalov (1-6, 7-5 and 6-2), that if he does not take “any” anti-inflammatory he would go “limp”, in addition to pointing out that he is not injured, but is a “player who lives with an injury”. The chronic injury he suffers to his left foot, known as Müller-Weiss syndromehas left him out of one of his favorite tournaments, the one in the Italian capital.

The Balearic returned to play at the level he had before the injury to his ribs, which has kept him off the courts for almost two months, and defeated his rival in the first set with a resounding 6-1, but his foot prevented him from keeping rhythm. “It is difficult to understand my day to day, I do not intend to play the victim, I have what I have, tomorrow I am going to wake up fatal because I am not going to take anything, I live with lots of anti-inflammatories because if not, I cannot train, “he assured at a press conference.

“If I don’t take any anti-inflammatory I’m going to be lame. I’ll continue like this until I put up with the subject and my head says enough,” he added. In addition, he pointed out that it is not that he is injured at the moment, but that he lives with an injury: “I am not injured, I am a player who lives with an injury, it is there and my day to day is complicated. I try, but it is difficult for me. Many days I can’t train well, today in the middle of the second set it appeared to me”.

See also  Tennis: The tremendous advance of Seba Báez in the ATP ranking

“You have to move well to compete at the highest level and I can’t do it at all. I just have to fight, I have to come back and now I’m sad, it’s a tournament that I like a lot and being out is something I don’t like. But you have to appreciate it everything is positive, you have to accept it and move on. There will come a day when my head tells me enough is enough. I play to be happy, but pain takes away your happiness. I enjoy what I do, but it gives me many days of unhappiness,” he said.

Despite the defeat, Nadal was far superior to his rival in the first set: “For a while I’ve played at my best level since I came back, I’m not going to stop believing or fighting to stop giving myself an opportunity. I’m not going to fail in that, I’m going to do it in the best possible way. In case there is a remote possibility, that I am prepared to fight it.

Hurt at being out of Rome sooner than he would have liked, Nadal confessed that he does not know how he will be in Roland Garros: “I don’t know what will happen tomorrow, I don’t know what will happen in two weeks. Let’s look ahead, my head is still ready to take on the challenge. I still believe that I will have my options next week. I just have to get my feet allow me to play. I’m confident, I’ve seen positive things,” he said.