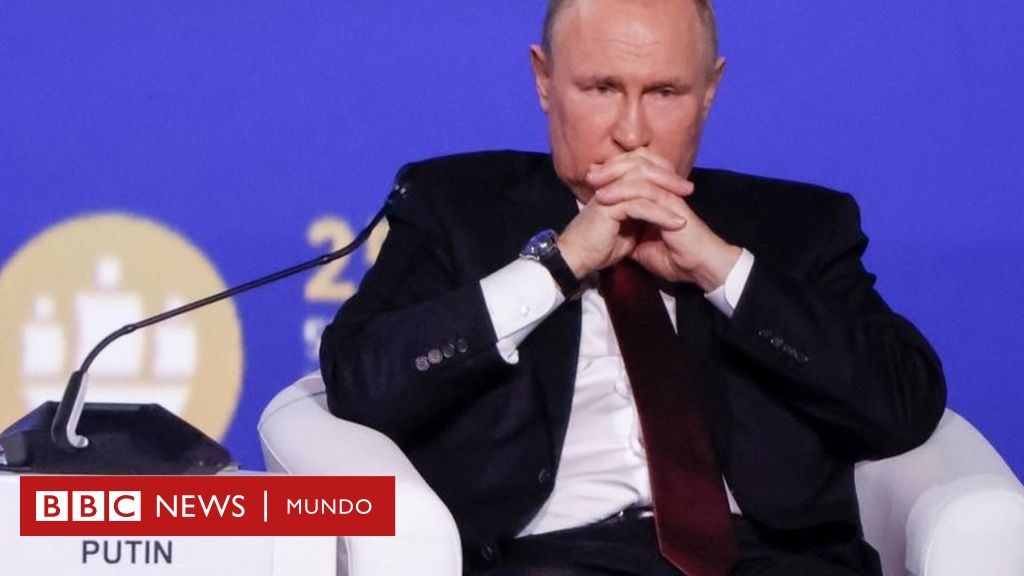 For Vladimir Putin, President of Russia, the era in which the United States dominated the world is over.

The Russian president appeared this Friday at a economic forum held in St. Petersburg and questioned the power of Washington against other countries in the world.

“The United States, after proclaiming itself victorious in the Cold War, has declared itself a messenger of God in the world. It says that it has no obligations but only interests, and these interests, according to them, are sacred,” he questioned in a 73-minute speech.

And he added: “It is as if they did not realize that in recent decades new and powerful centers of power have been formed on the planet that are becoming stronger every time.”

“They think the world and economic hegemony of the West is eternalbut no, nothing is,” Putin said, “colleagues in the West try to counteract the course of history by thinking in terms of the last century.”

For the Russian president, “it is a mistake to believe that during these fundamental changes someone tries to wait for the tide to go out, for everything to return to normal, and for everything to continue as before.”

“that won’t happen. However, it seems that the ruling elites of some Western countries live in that illusory world, they don’t want to notice obvious things, but stubbornly cling to the shadow of the past,” she said.

“We are talking about objective processes, about truly revolutionary, tectonic changes in geopolitics, the global economy, the technological sphere, in the entire system of international relations,” the Russian president said.

“A year and a half ago, speaking at the Davos Forum, it was again stressed that the era of unipolar world order had finished. (This era) is over despite all attempts to revive it and keep it going at all costs,” she reiterated.

Putin called the sanctions imposed by the West on Russia after its invasion of Ukraine “crazy and thoughtless”, saying that “the economic war blitz against Russia had no chance of success from the start.

In his vision, the restrictions were “more harmful” for those who imposed them than for Russia, since, he said, the European Union could lose more than US$400 billion as a result.

Western nations have been searching for a equilibrium between punishing Russia and protecting their economies.

Russian officials have warned that the country’s economy is suffering serious damage for the sanctions.

Central Bank President Elvira Nabiullina said on Thursday that “15% of the country’s GDP” was threatened by international sanctions.

Nabiullina was also shown pessimistic about the prospects for an imminent recovery, telling delegates at the St. Petersburg forum that “it’s obvious to everyone that it won’t be like before.”

“External conditions have changed for a long time, if not forever,” he acknowledged.