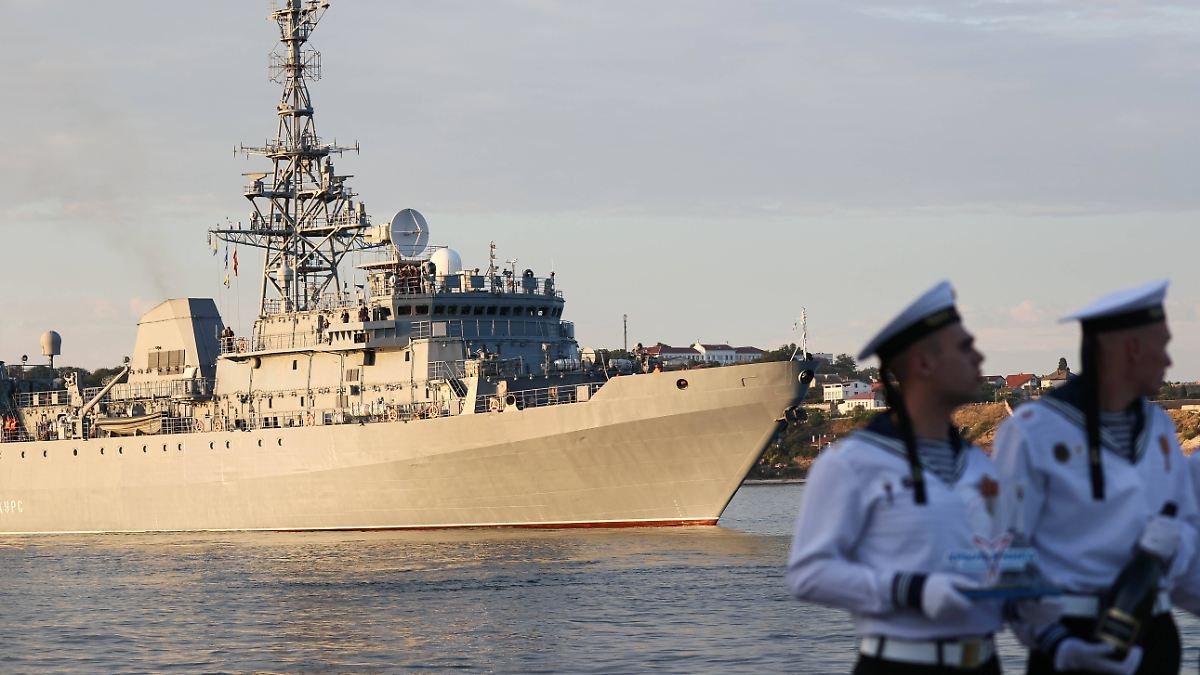 From the point of view of British intelligence, Russia’s fleet in the Black Sea is currently ailing. The latest sign of this is the Ukrainian attack on the headquarters in Sevastopol. But the sinking of the flagship “Moskva” also contributed to this.

According to Britain, the Russian Black Sea Fleet is in a weak position. The reported Ukrainian attack on the headquarters in Sevastopol on Ukraine’s annexed Crimea peninsula is “the latest setback” for the fleet, the Defense Ministry said in its “Intelligence Update” in London, recalling the loss of the flagship “Moskva” in April.

With reference to the alleged Ukrainian drone attack on Sevastopol, Russia had canceled its “Navy Day” celebrations in Crimea. The UK Ministry of Defense commented: “Following the reports of canceled parades, it is unlikely that the Black Sea Fleet will be able to hold any high-profile public events alongside its wartime activities.”

The Ukrainian Navy had denied the attack and said Russia had “made up” the incident. In reality, the Russians did not dare to hold the celebrations there as planned for fear of Ukrainian attacks, it was said. The Russian side, on the other hand, announced that the headquarters of its Black Sea Fleet had been attacked in Sevastopol. Six people were injured.

The British Ministry of Defense has published unprecedented information on the course of the war since the start of the Russian war of aggression against Ukraine in late February, citing intelligence information. In doing so, the British government wants to both counter the Russian portrayal and show transparency in contrast to Moscow, keep allies in line and, if possible, reach people in Russia who otherwise only reach the Kremlin’s interpretation of the war. Moscow accuses London of a targeted disinformation campaign.