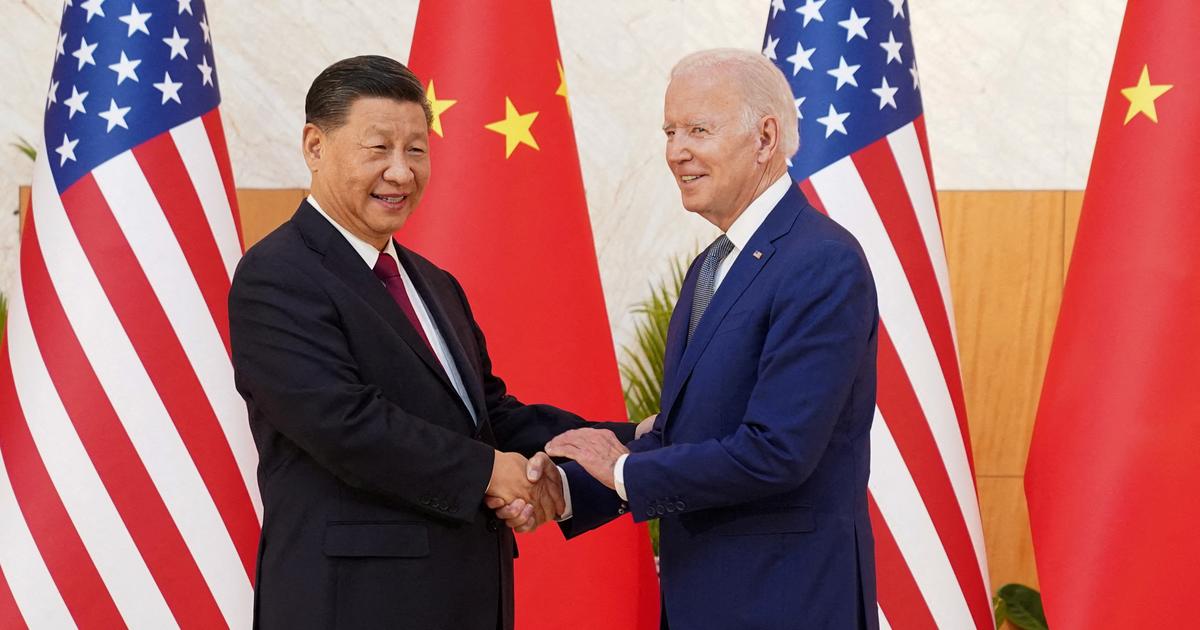 INTERVIEW – The Chinese and American heads of state exchanged views on the sidelines of the G20 summit on November 14, a first since Biden’s entry into the White House. For sinologist François Godement, Xi Jinping wanted to remain moderate, especially because of the setback Russia suffered in Ukraine.

François Godement is a historian and advisor for Asia at the Institut Montaigne.

LE FIGARO. – The Chinese and American heads of state met on November 14 on the sidelines of the G20 summit in Bali. “We’re not in a Cold War,” Joe Biden notably said. Do these words reflect a geopolitical reality?

Francois Godement. – They are part of a desire to rebalance Joe Biden since the “midterms”. The domestic political context plays a major role. The mid-term elections have just ended and, insofar as he did not lose them, the US president won them. During the campaign, Republicans aligned with Donald Trump put pressure on him by seizing on any public expression deemed moderate on China. Even if, on merit, the line of the two parties is not fundamentally different.

This rebalancing is intended to give the US administration a little more leeway vis-à-vis China and vis-à-vis Russia.

Did the Biden-Xi summit raise hopes that the two powers are now dealing with their global responsibilities and their bilateral disputes on a different level?

I am skeptical. The comments made by Xi Jinping are basically those that are often made outside. When the Chinese president speaks on his soil, he gives a different speech. China has not made any concessions in Bali. However, we have had confirmation that Taiwan is a central issue for the Middle Kingdom as well as for Washington.

However, it is true that the two statesmen gave balanced speeches. No doubt we must see in this revealed moderation, on the Chinese side, the increasingly obvious failure of Vladimir Putin in Ukraine. This event leads China to a certain caution in its foreign relations with the West, especially with the United States. The Chinese today have no interest in showing too strong a coalition with the Kremlin. Moreover, China’s strategy has always been to remain cautious about its attitude towards Moscow, allowing it later to claim that it was not entirely on China’s side and to accredit the thesis of neutrality.

The United States, by what it has delivered to Ukraine, has demonstrated its striking power and superiority on the battlefield, at least vis-à-vis the Russians and undoubtedly the Chinese.

If the rivalry is accepted, are the leaders trying to frame it to prevent a loss of control that could sink the already shaken global economy and knock them back?

The danger is more to the Chinese economy than the world economy. The international echoes of the 20th Communist Party Congress in October were extremely negative, extremely pessimistic about China’s political future and its economic integration with the rest of the world. After this congress, Beijing started a kind of reassurance campaign to try to convince the countries outside that the door is always open to them. This is a course correction in a way as has been the case every time after the two previous congresses until the one of 2022, but I find it hard to see a significant turning point.

After this meeting, does the risk of military escalation in Taiwan still remain?

This meeting will not change anything. The risk will evolve according to the perception that China may have, such as Putin, of their chances of success and, above all, of the risks involved in the event of an offensive. The failure of Russian weaponry and tactics in combat is not a good sign for China, as that country still shares much of its weaponry and artillery with Moscow, even though it produces none and is, militarily, superior to Russia .

However, from the point of view of sophisticated weaponry, the United States, by what it has delivered to Ukraine, has demonstrated its striking power and superiority on the battlefield, at least vis-a-vis the Russians and probably the Chinese.

Since its failure in Afghanistan, and since the beginning of the conflict in Ukraine, Washington has tried to prove that it was able to draw a red line, to put an end to any offensive. Moreover, it is a break with what we believed to be the niche of the US administration since the Obama era: we thought that in no case would it use the conflict around Ukraine as a military conflict. . But by taking such an initiative, that of invading Ukraine, Putin made it inevitable.

Within the United States itself, there is a debate about the costs of intervention and about the division of roles between the United States and Europe. Some. The Republicans would like Europe’s security to be entrusted to the Europeans themselves so that the United States can focus on the real challenge of the 21st century, which they say is China and not Russia. Others fear a simultaneous conflict between Ukraine on the one hand and Taiwan on the other. Hence the extremely firm position of the Biden administration at the beginning of its mandate.