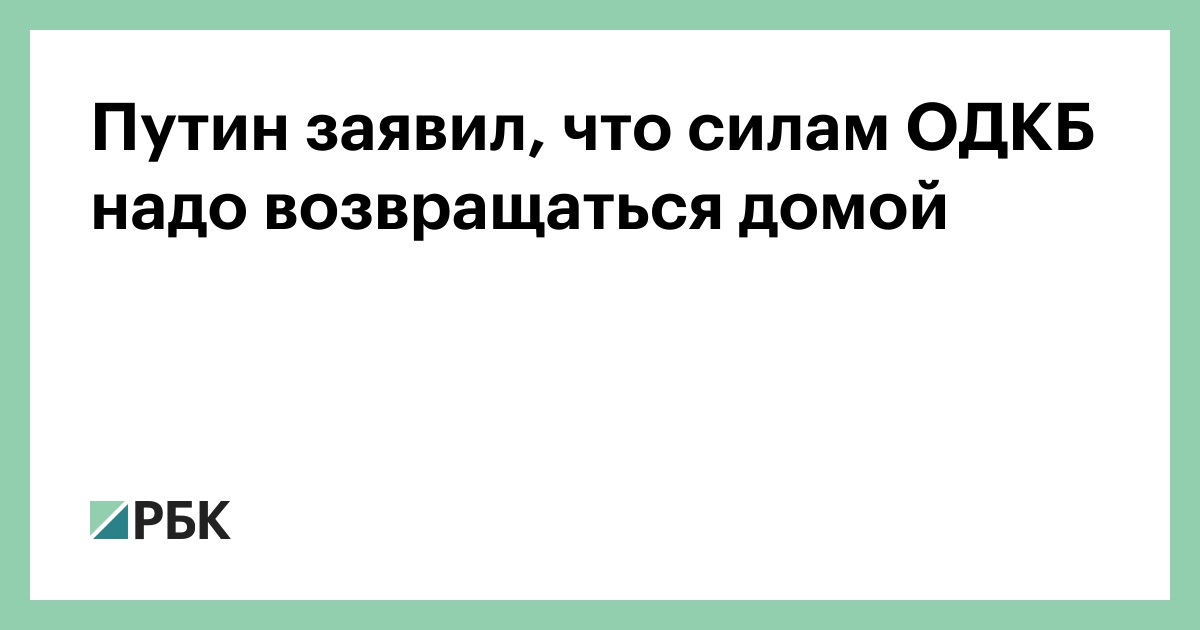 The peacekeeping contingent of the Collective Security Treaty Organization (CSTO) has fulfilled its task in Kazakhstan and must return home, Russian President Vladimir Putin said during a meeting with Defense Minister Sergei Shoigu. The transcript was published on the Kremlin website.

“The CSTO peacekeeping forces have played a very important role in stabilizing the situation in Kazakhstan. <...>. Everything worked like clockwork, quickly, smoothly and efficiently. <...>. In general, we must return home, ”Putin said.

The President noted that thanks to the CSTO peacekeepers in Kazakhstan, it was possible to restore law and order and now the country’s authorities will be able to resolve issues “in a free, calm regime, in dialogue with society.”

In addition, the Russian leader recalled that this was the first such operation by the CSTO forces, and instructed the Defense Minister to study how it was organized and, if necessary, make adjustments for the future.