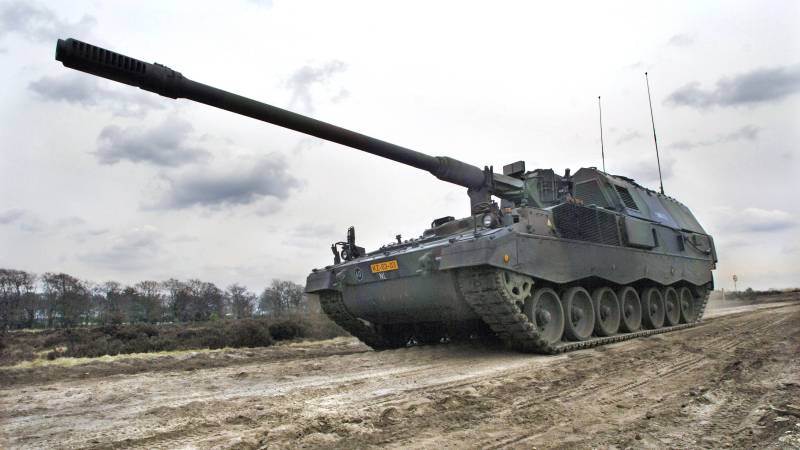 ‘Putin must also feel: I am running into buffers’

Western countries are sending more and more weapons to Ukraine to support the country in the fight against Russia. Meanwhile, President Vladimir Putin threatens to “strike back at lightning speed” if a country “creates unacceptable threats to Russia”.

Is the relationship between the West and Russia escalating, and where does that lead? “Little by little we are getting more and more involved in the war,” said former NATO top official Timo Koster. “I don’t think we can do otherwise.”

We need to start talking some more Putin’s language.

US President Joe Biden wants to support Ukraine with an additional $33 billion, of which $20 billion in military assistance. The Hague decided to send the heaviest ground artillery that the Netherlands has: the armored howitzer.

“That can best be regarded as an escalation,” says Koster. “Because heavy weapons such as armored howitzers and tanks are offensive weapons. But we cannot avoid taking escalating steps, at least in the eyes of Putin. Because we cannot leave Ukraine to its fate.”

‘We make it our war’

Other military experts also see this increasing involvement of the West as (partly) inevitable. But ex-Commander of the Armed Forces Tom Middendorp does not want to talk about ‘escalation’. “What we are doing is helping Ukraine to defend the country, with increasingly heavy means. You can see a kind of intensification in the support we give, but it remains Ukraine’s fight against Russia.”

“We must not forget that there is one party that has escalated and that is Russia itself. They invaded a sovereign country themselves and started using brute force.”

Professor of International Relations Rob de Wijk sees this differently. According to him, the West is indeed escalating. “Absolutely. Not only the weapons that are delivered are getting heavier, but also the rhetoric that sounds from the West.”

He was aware that the US Defense Secretary is no longer talking about helping Ukraine, but “weakening” the Russians. And a British deputy minister called it completely legitimate for Western weapons to be used by Ukraine in Russia. De Wijk: “Basically, it’s not our war, but that’s how we make it our war.”

According to him, the risk of this can be clearly seen in the words that Putin then uses. De Wijk: “Putin shouts: if this continues, we fear an existential threat to Russia.” He then implicitly threatens to deploy nuclear weapons.

What if Putin indeed deploys a nuclear weapon?

What if Putin deploys a nuclear weapon?

Middendorp agrees with De Wijk that the language used by the West is escalating. “We are now talking about expelling the Russians from Ukraine, which is a bit more offensive rhetoric.”

But he sees this as a necessary development. “It is good that we offer some counterweight to Putin. He is a man who talks in terms of power and strength. And actually we should start talking his language a bit more.”

The same goes for military support. “We are now going to counterbalance the Russians more so that Putin also feels: I am going to run into borders, against buffers.”

Professor De Wijk believes that Western arms supplies “have ended up on a sliding scale”, but Middendorp and Koster disagree. “We must take our responsibility to offer as much assistance as possible to a European country, which is in fact also fighting for our freedom,” says Koster.

Even if Ukraine attacks supply lines in Russia with Western weapons, “these are still legitimate targets,” says Middendorp. “Although you do go one step further on the escalation ladder.”

We really shouldn’t fall for the frame that would escalate the West.

Middendorp does not take Putin’s threats with nuclear weapons too seriously. “That’s rhetoric again. He has absolutely no interest in us going to an escalation that also damages Russia enormously. Putin uses everything we say to us. We should also not be fooled by his rhetoric.” That’s a very close game that we have to learn to play.”

Minister Wopke Hoekstra (Foreign Affairs) confirmed this on Friday: “We really should not fall for the frame that the West would escalate. That is exactly what Putin wants, that we allow ourselves to be intimidated.”

However, Middendorp believes that the United States and the United Kingdom should be careful not to get too ahead of the troops in their rhetoric. “A few countries cannot dictate what the West is going to say. We have to fine-tune that the words we use don’t escalate but deter. That is strategic communication.”